One of the giants of faith-based relief and development, Ruth Messinger, is retiring at the end of June. As the President of American Jewish World Service, it is hard to overstate Ruth’s contribution to the fight for lives of dignity and prosperity around the world. Her powerful voice will be sorely missed. Her witness and unstinting advocacy for those whose voices don’t always get the attention they should have been an inspiration.

While Ruth’s legacy is multi-faceted, her prophetic voice has been truly extraordinary in one area in particular: under her leadership, American Jewish World Service has become one of the largest and most significant funders of and leaders in lesbian, gay, bisexual and transgender (LGBT) advocacy around the world. 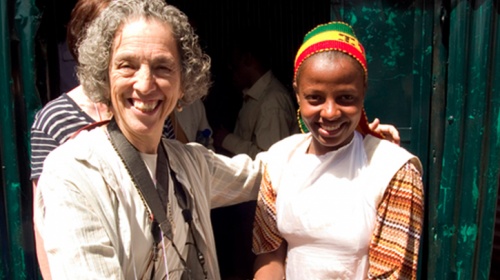 As Ruth once shared with me, the targeting of discriminatory laws against specific minority groups is one with which the Jewish people have considerable experience. Similarly, lesbian, gay, bisexual and transgender people face harassment, discrimination, violence and even murder based solely on their identity. Tragically, some countries have enshrined anti-LGBT hate into law, making same-sex sexual activity illegal – punishable by prison terms and, in some cases, by death. Our own country is not exempt from anti-LGBT violence, most recently demonstrated by the attacks in Orlando earlier this month. Marriage equality notwithstanding, there continue to be laws on the books and new ones proposed that target LGBT people throughout the United States.

American Jewish World Service (AJWS) believes everyone has the right to:

AJWS supports organizations and movements in developing countries working to advance the human rights of LGBT people, end discrimination, stop violence and combat hate crimes. The advocates they support are educating communities about their rights and organizing them to work for justice and create lasting change. 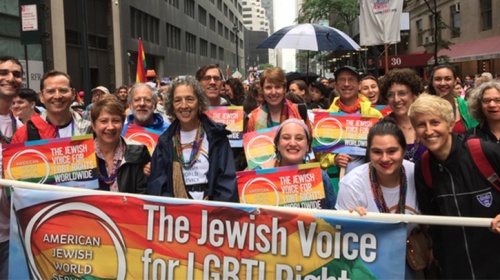 As a tribute to Ruth and her leadership, Episcopal Relief & Development is proud to support this important work of American Jewish World Service. The world faces many seemingly intractable problems and so, through interfaith and ecumenical cooperation, Episcopal Relief & Development seeks to magnify our voice and impact by joining together with those whose values are consistent with ours, and who are doing extraordinary humanitarian work. AJWS’ contributions in this area are second to none. 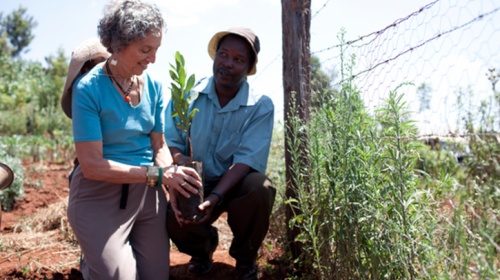 This support is fully consistent with our Church’s values. Each Episcopalian makes the pledge to respect the dignity of every human being when we recite our baptismal covenant. We are proud to partner with AJWS as we seek to live out our discipleship.

Through her life of witness and advocacy, Ruth Messinger has made sure that someone will be there to speak out.