Home | What We Do | Integrated Approach | Gender Equality, Women’s Empowerment & GBV | We Will Speak Out | Running Alone Away From Shame

Running Alone Away From Shame 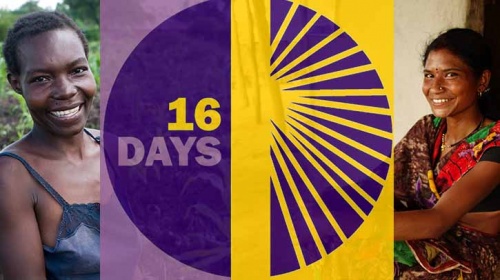 In April 2015, when the crisis started in Bujumbura (Burundi), Carine, 38, was raped by a group of armed men in front of her husband and children. The men forced her husband and her 14-year-old son to hold her legs when they were raping her one by one.

When they had finished and gone, the husband told everyone in the house not to say what has happened to anyone outside, “Otherwise they will come back and kill all of us,” he said. Carine did not go to a Center where she could be assisted; the road was blocked and guarded by the “youth.” She started to feel pain and to smell bad due to wounds in her private parts. She decided to take whichever antibiotic she could find because she feared to tell anyone what had happened to her. Her husband never slept with her any more, fearing that she may have gotten HIV and other sexually-transmitted diseases. Carine said: “I could no longer look into anybody’s eyes in the house; I feared to find out their feelings about me. My pain and my shame were too much. I wished my death.”

Her trouble kept on increasing and she decided to go to Nyanza-Lac with the plan to take a boat to Tanzania. She went alone with hope to hide from those who knew what happened; she was full of shame. As there were thousands of people who were waiting by the lake, men proposed to help her to get a place in the boat in exchange for sex. Other women told her to accept because she had no choice, with her smell of a prostitute. She felt she had no dignity anywhere in the world. She felt life had no more meaning, that there is no place to hide from shame when you have been raped. She thought that everyone already knew her situation and that she will be raped again and again. “I better jump in the lake and get drown because death offers a hiding place to the oppressed like me,” thought Carine.

As she was crying silently full of bitterness, wandering in the area, she met the Pastor of the Anglican  Church of Muyange, a Gender-Based Violence Team member who helped her by listening to her story and accompanying her in her pain. She is now with a group named Les Tantines, made of rape and sexual abuse survivors. She got well prepared for an HIV test and was found positive. At the health center, she was given medicine for the infections she got from the rape. However she is still afraid of going back to her family, even though she longs to see her children and husband.

Currently, the Anglican Church of Burundi is providing support for Carine. Jeanne-Francoise Ndimubakunzi, Gender Coordinator for the organization has recounted this story.

Click to learn more about We Will Speak Out, 16 Days of Activism, and how you can spread awareness about Gender-Based Violence.