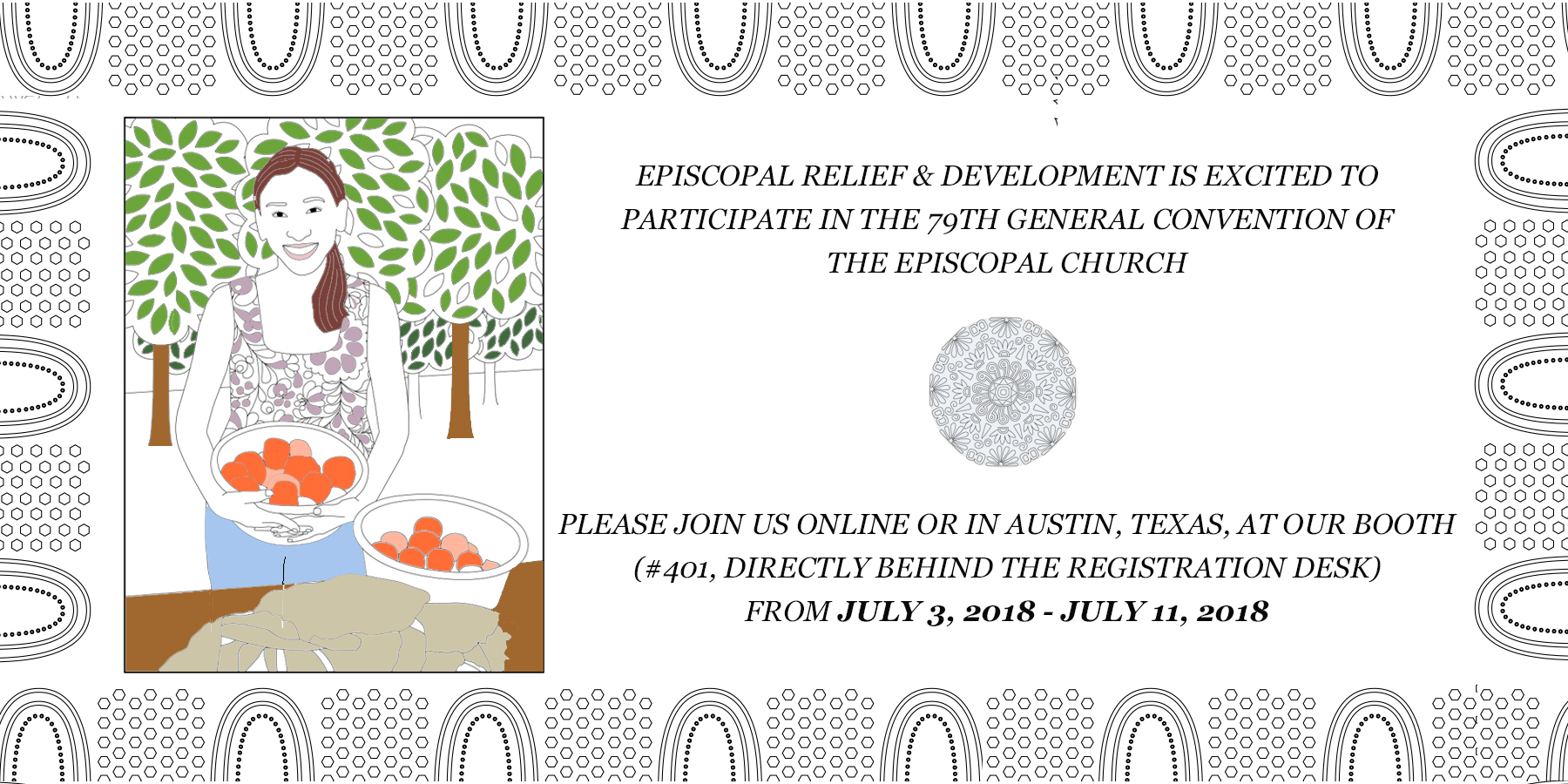 Join us During the 79th General Convention 2018

For over 75 years, Episcopal Relief & Development’s diverse, faithful community has responded compassionately to the suffering in our world. With your partnership, we facilitate healthier, more fulfilling lives in communities struggling with hunger, poverty, disaster and disease.

We would like to take the opportunity during this 79th General Convention to say, “Thank You!”  and invite you to join us online or at the booth, as we “Color Our World” with Faith, Dignity, Relationship, Leadership and Excellence. Visit us at our booth 401 between July 3 and July 11, to learn how we work to become the hands and feet of God in the world.

Participate in the Carbon Offset Fund for GC79

The Episcopal Church along with Episcopal Relief & Development invite you to help offset your carbon footprint & honor the resources we use as we gather in Austin for the 2018 General Convention.

Make a gift to support climate resilience programs at Episcopal Relief & Development. Your gift will support our partners who are fortifying our planet by implementing climate smart agriculture, water harvesting and tree planting. For example, we plant a tree for every dollar contributed.

In this video report, General Convention deputy, Joe McDaniel, offers his reflection on these three things: what has fed his soul during #GC79, what has inspired him, and what will he bring back to our diocese that will continue the work of the Church.