Responding to Disasters in the US

Episcopal Relief & Development works with dioceses across the US to assist members of vulnerable groups in the immediate aftermath of natural and human-made disasters like hurricanes, tornadoes, oil spills and others. Continue reading to learn more about the programs we have supported this year. To learn more about responses not featured here, please email usdisaster@episcopalrelief.org. Subscribe to Lamplight to receive our monthly disaster e-newsletter and visit the Resource Library to discover tools that will help you enact your own response in your community.

“SEMPER GUMBY” IS THE MOTTO FOR THE ROSEBUD EPISCOPAL MISSION

“Semper Gumby,” a mix of Latin and nod to the clay animation cartoon character, a phrase used regularly by the Rosebud Episcopal Mission means “always flexible.” Each day, the Rev. Dr. Lauren Stanley, Erroll Geboe, Danny Gangone and other members of their COVID-19 response team face failing infrastructure and a lack of medical supplies which causes a range of need, and they do their best to find the items. It is with great heart that they assess needs and deliver supplies over a widespread area in coordination with the Sioux Tribe health representatives and the community chairman. By working with an established point person, they are able to maintain the privacy of individuals making requests for aid, asking for anything from eggs to pencils and crayons to entertain out-of-school children. “I received a call from one of our elders, to whom we normally supply firewood through our #FirewoodfortheElders program. I thought she was calling for firewood, because it had been very cold the night before (38 degrees),” said the Rev. Dr. Lauren Stanley, who leads the efforts. “Instead, she was calling simply to say, ‘Thank you’ for helping her get supplies. She said she was beginning to get desperate for bleach and other cleaning supplies, because of her own health, and the health of her grandchildren, whom she is raising. That call alone made all the miles worth it.” 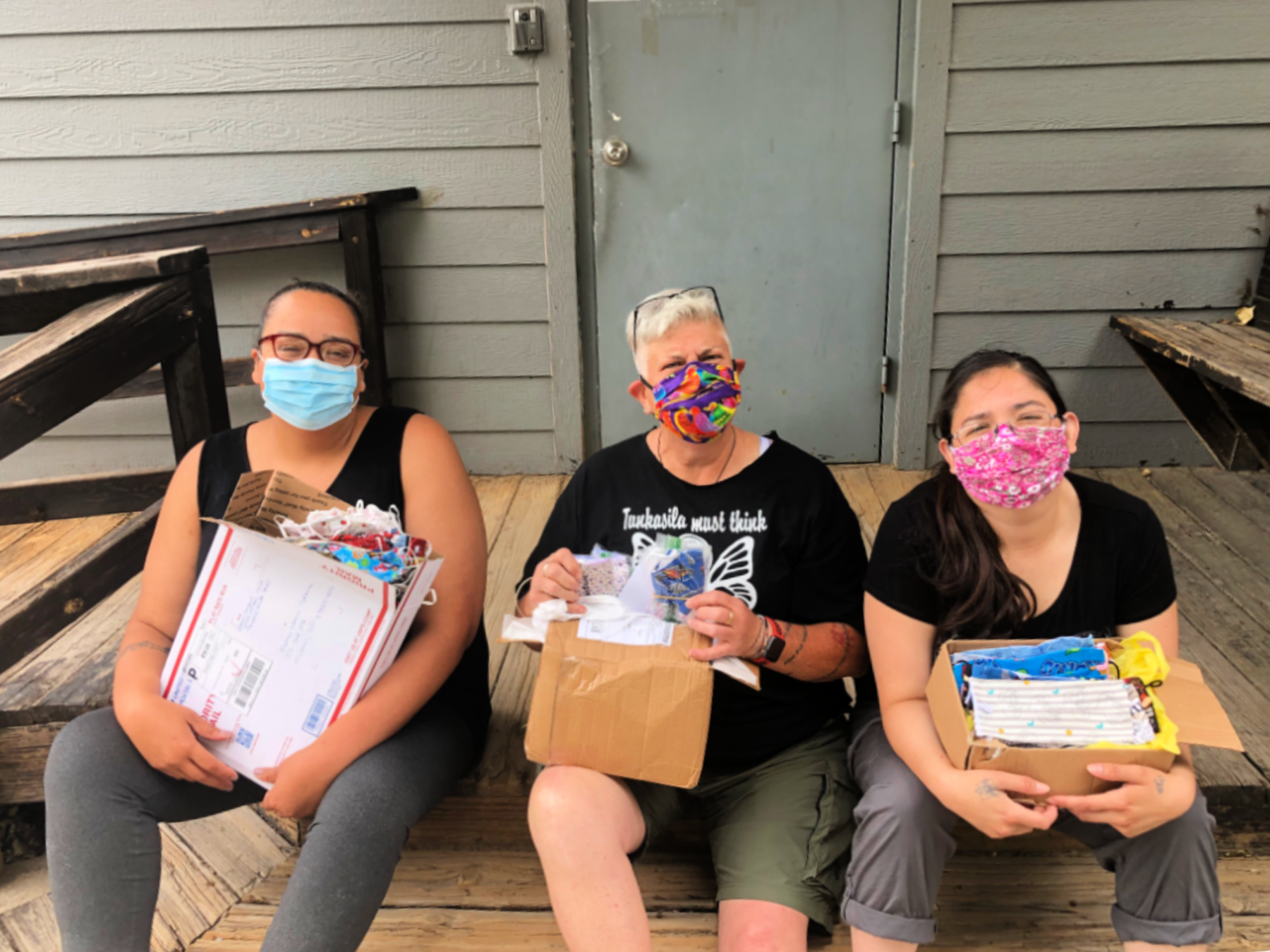 Providing relief from Western US wildfires

The US Disaster Program is providing relief to vulnerable members of communities across the country in response to wildfires in California, Oregon and Washington.

The Episcopal Diocese of El Camino Real is working together with Episcopal Relief & Development to provide relief for families affected by the California wildfires that have been burning for over a month. The diocese will be supplying gift cards for food and gas, covering hotel bills, as well as assisting farmworkers who have been affected by both COVID-19 and now the poor air quality caused by the fires.

In response to the lightning complex fires in northern California, the diocese is partnering with Episcopal Relief & Development to provide relief in Napa, Sonoma, Solano and Yolo counties. Church leaders from the Episcopal Diocese of Northern California will be helping to provide food, housing, transportation and pastoral care for families and individuals who have been evacuated from the area and who are beginning to return home.

The Bay Area has thousands of homeless and marginally housed people who are being disproportionately impacted by not only the pandemic, but additionally by the seriously unhealthy air blanketing the area from the serious fires to the north and south. The Episcopal Diocese of California has partnered with Episcopal Relief & Development to distribute N95 masks through congregations that serve as food distribution and sheltering sites to people in need.

Episcopal Relief & Development partnered with the Episcopal Diocese of Oregon to provide relief from the wildfires that are occurring in Oregon. The diocese is working to address unmet needs in the aftermath of the widespread destruction including food insecurity, lack of internet or computer access to file insurance claims and shelter.

The wildfires in Washington state caused thousands of people to evacuate, experience poor air quality and raised the level of need for older adults and immigrant families. The Episcopal Diocese of Spokane partnered with Episcopal Relief & Development to distribute gift cards for food, gas and other immediate needs in the Pearl Hill and Cold Creek areas. They will also be providing pastoral care as needed.

The US Disaster Program is providing support the the Episcopal dioceses on the Gulf Coast as they strive to meet the needs of the most vulnerable in their communities in the aftermath of repeated storms.

Hurricane Laura caused devastation throughout the entirety of the Episcopal Diocese of Western Louisiana. Due to COVID-19, many low-income individuals were already having financial difficulties. Because of the hurricane, many people are without work due to business closures and trouble with transportation. The diocese is working Episcopal Relief & Development to meet urgent needs such as gas, good, temporary housing, personal care products and access to laundry services.

While there are damage reports from Hurricane Hanna across western Texas, the most significant impact was in the Rio Grande Valley, an area already reeling from the devastating effects of COVID-19 and a worsening immigration crisis. In the poorest areas and neighborhoods, damage was significant. Almost 18 inches of rain fell in some areas, and low-lying areas flooded. High winds damaged many homes and destruction was most severe in communities of primarily Latino, undocumented or extremely low-income families. Episcopal Relief & Development is working with the Episcopal Diocese of West Texas to provide COVID-19 related medical care and testing, internet access for undocumented and low-income children returning to school online, food assistance for migrants living in rent encampment across the border, assistance to churches with food pantries as well as gift cards for families to address food and household needs.

Stay up to date with Episcopal Relief & Development's response to the COVID-19 pandemic. Explore the following resources for tools, tips and conversations to help navigate ministry during the pandemic, and for details about our how we're taking action around the globe.

Episcopal Relief & Development’s US Disaster Program is supporting dioceses in light of the COVID-19 Pandemic.

Episcopal Relief & Development offers diverse resources for disaster preparedness and response, clergy care and formation for adults and children. Explore the Resource Library to find tools for many different occasions.

During these moments of uncertainty and widespread fear, Episcopal Relief & Development is gathering friends from different areas of expertise to discuss the effect of COVID-19 on various communities and industries.

In the midst of the COVID-19 pandemic, disasters are still happening and preparedness continues to be necessary. Learn more about how disasters affect you and your neighbors.