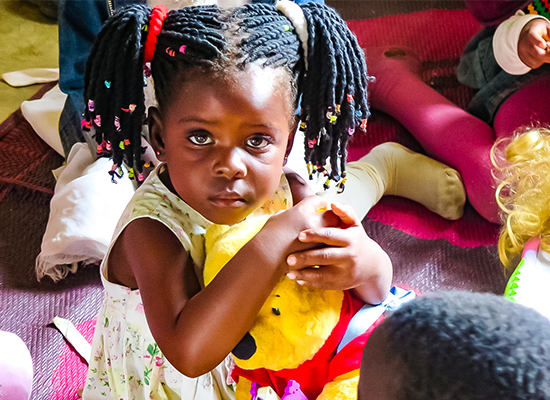 Episcopal Relief & Development is partnering with two dioceses in Mozambique on strategies to address challenges such as public health, early childhood development and economic stability at the community level.

In the northern Diocese of Niassa, we are supporting Sal Luz Saude (SLS, or ‘Salt Light Health”) and Equipas de Vida (“Life Teams”) in their efforts to improve public health in rural areas. Together, and in collaboration with local government, they mobilize and aid communities to address their own health and development needs.

In the southern Diocese of Lebombo, Episcopal Relief & Development is partnering with the diocesan relief and development agency, Anglican Social Action (ASA), to apply the Umoja (“Together we can”) process for community-driven development through churches across the diocese. This asset-based process engages community members to identify local resources that can be mobilized to meet challenges and support growth.

In 2019, Episcopal Relief & Developments’ program team began to integrate early childhood development into existing child health, nutrition and saving work in some communities of the Cobue sub-district through the implementation of Moments That Matter® (MTM), a program partnership of Episcopal Relief & Development. Moments That Matter® is supported in part by the Conrad N. Hilton Foundation, the Episcopal Health Foundation, Grand Challenges Canada and other donations. Early childhood development ensures that children reach their full potential. The first three years of life set a foundation for learning, behavior and health throughout a child’s life.

In 2020, the MTM program will reach over 36,000 community members to maintain community-driven improvements in health and parenting.

The ASA  has also been partnering with Episcopal Relief & Development on a community development program aimed at empowering communities to relieve poverty and financial dependency, which will especially empower women to become financially independent.

In response to the COVID-19 pandemic, ASA is supporting the local government’s efforts to raise awareness about the novel coronavirus and is adapting 60 savings groups to continue operating safely while minimizing the spread of the virus. ASA, with Episcopal Relief & Development’s support, provided face masks, soap and handwashing facilities and has implemented physical distancing protocols for all its programming. The organization is also encouraging the use of the buddy system, where one person brings back information from the meetings to their community. In addition, ASA distributed food parcels and face masks to vulnerable communities such as the elderly and single-parent households.

Over 300,000 women worldwide die each year from preventable causes related to pregnancy and childbirth. Millions of infants die in their first few weeks of life – many of them also from preventable conditions. Prenatal care and monitoring health of expectant and new mothers and their children reduces illness and saves lives. Read more about Maternal and Child Health.

Planning ahead for disasters can go far in minimizing their potential impact – especially for people already facing poverty, who may lose their few assets or safety nets. To this end, Episcopal Relief & Development is partnering with the Episcopal/Anglican Church to better prepare for and respond to disasters.

Our micro-finance programs emphasize involving both women and men, which can be very effective in promoting gender awareness and empowering women. When women become breadwinners, they increase their role in household decision-making, which often enhances the whole family’s well-being. Read more about Micro-finance.

Read more about Micro-finance
Donation TO THE ECONOMIC OPPORTUNITIES FUND

Episcopal Relief & Development’s NetsforLife® program partnership is working in 17 countries across sub-Saharan Africa to fight malaria with life-saving nets and education. Since it began in 2006, NetsforLife® has distributed more than 22,000,000 nets and provided education on their proper use and maintenance, reducing the number of malaria cases by up to 45% in program areas. Read more about Malaria.