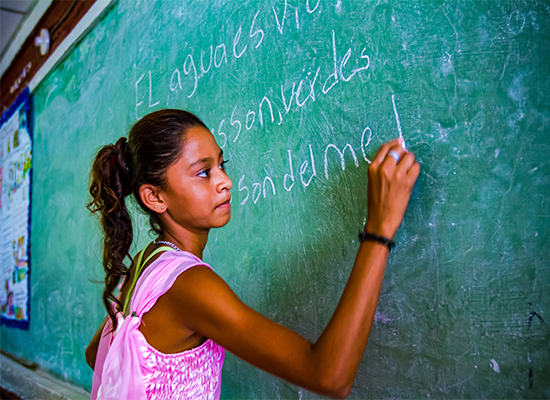 According to a report from the nonprofit Mapa da Violencia, in Brazil, a woman is killed every two hours and assaulted every 15 seconds – often by someone she knows. Women in Brazil, and everywhere in the world, deserve to live free from fear and abuse. However, it will take significant work to reduce the nation’s very high rates of domestic violence and homicide. Brazil is the largest country in South America in both area and population. However, according to the Brazilian Institute of Geography and Statistics (IBGE), more than fifty million Brazilians, nearly 26.5 percent of the population, live below the poverty line and have family incomes of approximately US $5.50 a day. Additionally, according to a nationwide 2017 survey, one in three Brazilian girls and women had suffered from exposure to violence in the past year.

Episcopal Relief & Development partners with Servicio Anglicano de Diacono e Desenvolvimento (SADD), the development arm of the Episcopal Anglican Church of Brazil, to train local leaders about prevention and response to violence against women and children (VAWC) and offer services for survivors. Our partnership also empowers women and youth by supporting vocational training and skills-building through diocesan projects for vulnerable groups. Finally, the program focuses on ramping up awareness around sexual diversity and human rights among the clergy, community leaders and other community members at the diocesan level and at the national church convention. Through the hard work and activism of many in the Church, the Episcopal Anglican Church of Brazil approved same-sex marriage in 2018. SADD will continue in 2019 to organize and participate in ecumenical dialogue related to violence against women and children and the rights of sexual minorities.

Our work with Women focuses on helping communities promote the rights of women and children and move toward the vision that everyone deserves a life free from violence in a society where they are treated with dignity and respect. Only then can communities truly heal and thrive.