“Across sub-Saharan Africa, more than half the population are now sleeping under Long-Lasting Insecticidal Nets (LLINs), compared to just two percent in the year 2000,” said Priscilla Amuah, Program Officer for Episcopal Relief & Development. “The global number of child deaths is now less than half of what it was. But there were still an estimated 214 million malaria cases last year, and half the world’s population remains at risk. In order to keep our momentum and sustain the gains, we must continue to educate people and ensure that nets are used consistently to end malaria for good.”

NetsforLife® began as a pilot program in Zambia in 2006, in collaboration with Episcopal Relief & Development’s local partner the Zambia Anglican Council. Since then, NetsforLife® has been active in 17 countries throughout sub-Saharan Africa, distributing over 22 million nets and reaching 41 million people with education about the protective value of nets, how to prevent malaria and when to seek effective medical treatment.

The program’s methodology of training local volunteers to inform their communities about malaria, hang nets directly in homes and follow up to ensure net use and maintenance has been adopted as national policy in five countries. To date, over 111,000 volunteer Malaria Control Agents and government health workers have been trained and mobilized. Now, to expand the program’s impact, many are receiving additional training in iCCM (integrated community case management) to help tackle diarrhea and pneumonia using the same methodology.

“NetsforLife® was able to pioneer and refine a community-based approach to malaria prevention and control that was hugely successful, not only in terms of reducing malaria deaths, but also in terms of building a strong core network of local health volunteers,” said Melissa Crutchfield, Episcopal Relief & Development’s Director of Community Impact. “Enhancing the knowledge and skills of our existing volunteer networks to engage in iCCM means a whole new range of health services is now available at the community level, providing testing, treatment and monitoring for the three leading causes of death in children under five: malaria, diarrhea and pneumonia.”

Moving forward, Episcopal Relief & Development’s malaria prevention and control programs will continue to integrate into larger health programming along with other activities, such as Savings with Education groups as an incentive for volunteers. This combination of sectors addresses a community’s needs and aspirations holistically, increasing awareness and availability of health treatments while enabling people to grow their financial resources to invest in their families’ health.

“The Sustainable Development Goals emphasize the interconnectedness of every sector of development and the strength of community-based approaches to achieve long-term impact,” said Abagail Nelson, Senior Vice President of Programs for Episcopal Relief & Development. “The World Health Organization reports that 57 countries have achieved the target of reducing malaria cases by 75%, so now 80% of malaria deaths are concentrated in just 15 countries, mostly in sub-Saharan Africa. This increases our focus but also means increased urgency. Intensive and holistic strategies are needed to end malaria for good and strengthen communities to exercise their full potential.

Over the last 10 years, NetsforLife® has worked with thousands of local volunteers to instill a ‘net culture’ in which communities understand the protective value of nets and ensure that they use and maintain nets in their homes. Along with education and monitoring, this has resulted in a 45% reduction in malaria cases where NetsforLife® is active. Episcopal Relief & Development will continue to work with its partners to expand this community-based methodology, to end malaria and support long-term progress on poverty, hunger and disease. 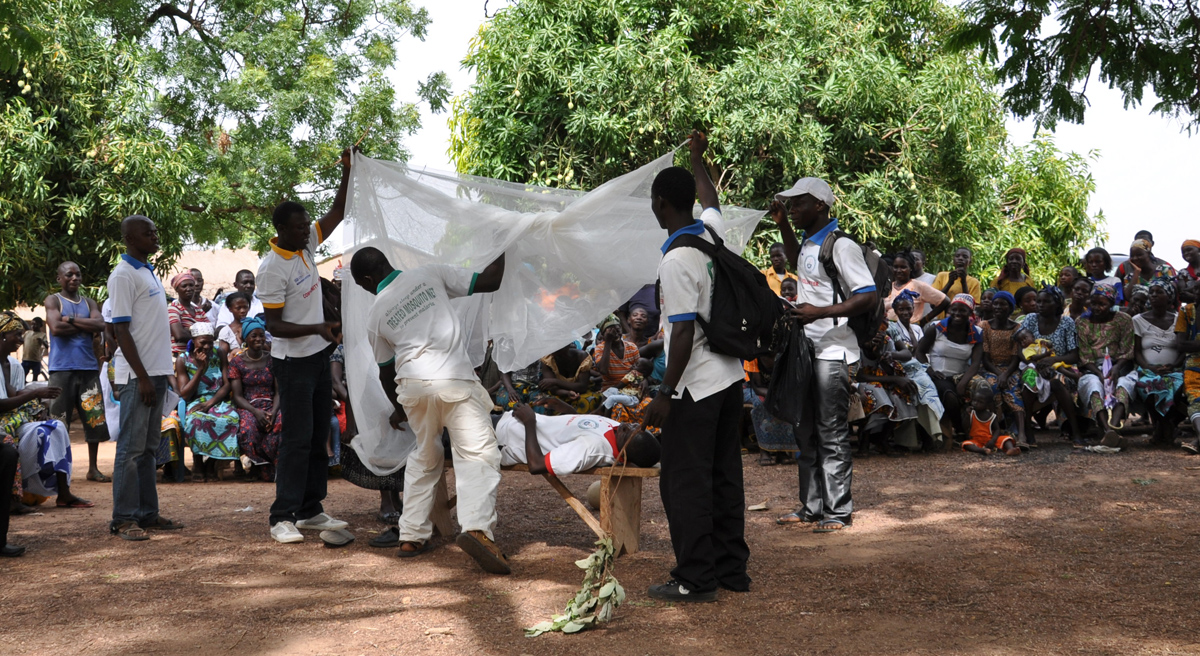