Home | Stories & Info | Investing In Each Other: Savings Groups in Angola

Investing In Each Other: Savings Groups in Angola 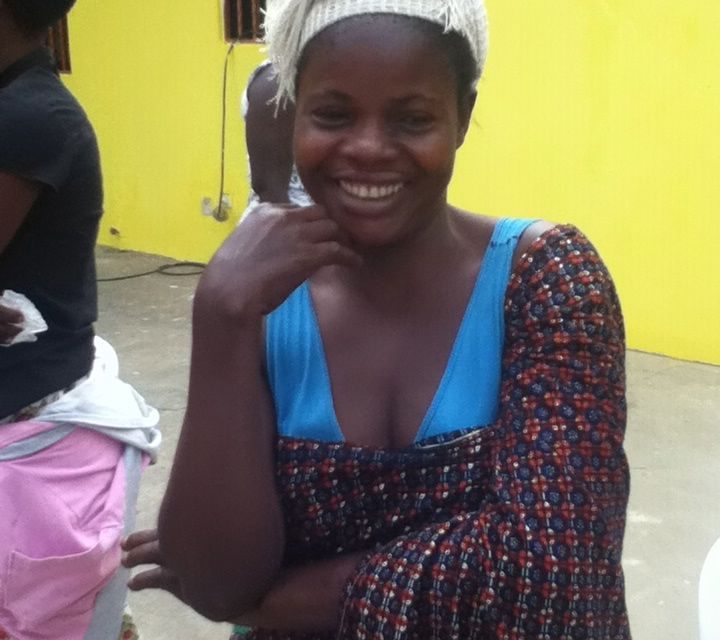 Every Friday morning at 7am, Mariana meets with her fellow members of the Amor (“Love”) Savings Group in Bairro Fofoca – a neighborhood of Luanda, the capital of Angola.

With their combined savings, the group members have formed a rotating fund that enables individuals to take out loans for small business enterprises.  As a member in good standing, Mariana was able to borrow 10,000 Kwanza ($100) from the loan fund to start a business selling children’s shoes, purchasing them wholesale and selling them at a profit of about 300-400 Kz per pair.  At the end of the two-month lending period, Mariana faithfully repaid the full amount plus 10% interest, knowing that this would enable another group member to borrow funds and keep the cycle going.

“When micro-finance programs are built upon members’ savings, they can have a sustainable impact,” said Tammi Mott, Episcopal Relief & Development’s Program Officer focusing on integrated programs in Angola.  “Since the members themselves create the revolving loan fund, they are literally invested in each other, and this feeling of solidarity and accountability encourages everyone to contribute and do their part.”

The Amor group started in 2011 under the guidance of a Mothers’ Union Agent named Elisa, who led the 25 members through a series of training meetings to set up their “seven rules.”  These rules govern when to meet, how much to contribute in weekly savings, fines (multes) for absences and late savings contributions or loan payments, and the loan period and interest rate.  The group also decided on a pay-out date, when members can take home their savings as well as their share of interest and fines to invest in their own projects.

Mariana excitedly awaited the pay-out date, set for December 10, thinking of how she would feel when she came home with the money she saved and earned.  When the day finally arrived, she found that she had saved 16,500 Kz and received an additional 1,500 Kz as her share of the group benefit!  The women in Mariana’s group talked about what they would do with their funds: having income at their disposal would enable them to pay school fees and medical bills, and invest in home improvements such as cleaner-burning gas stoves for cooking, rather than traditional charcoal ones.  Mariana, who gave birth to a beautiful baby girl in January, used her funds to purchase baby clothes, baby sheets, cloth diapers and other items for her nursery.

In Angola, the savings groups grew out of the Mothers’ Union Child Survival Program, which itself was an extension of the NetsforLife® program that began in 2009 in partnership with Episcopal Relief & Development.  In order to engage communities across the country in preventing malaria and increasing access to prenatal care, a group of trained Mothers’ Union members mobilized volunteer activists at the grassroots level.  These activists formed learning groups, which continue to meet weekly to discuss health issues and organize community activities.  Many of these groups are now adding a savings component as well, to help women address health and financial needs in their households.

In 2013 there were 12 savings groups piloting the program in Luanda, with more than 230 participants and over $33,000 in savings and dividends across all groups – meaning an average pay-out of $143 per person, significant in a country where 40% of people live below the poverty line.  Episcopal Relief & Development helped the Mother’s Union in Angola to develop their program with input from the Mothers’ Union in Burundi, who had built and implemented their own Savings Group program and were eager to share this experience.

“One great thing about having partnerships in so many countries is that it provides a library of contextual experience to draw from,” said Kellie McDaniel, Episcopal Relief & Development’s Program Officer advising on micro-finance.

McDaniel and Mott, writing from a site visit in Angola, noted that they were currently working with two women from the development branch of the Anglican Diocese in Namibia, Episcopal Relief & Development’s partner organization there.  The women had come to visit and learn from the program in Angola, as the Angolan staff had learned from their counterparts in Burundi.

“Fostering a global network of learning exchange among peers is something we’ve been working on across program sectors,” McDaniel said.

The success of Mariana, whose shoe business helped her welcome her newborn in health and comfort, is just one story; there are many to come as the Angolan program expands in 2014.  With more groups in urban Luanda and new groups in rural Uige Province to the north, hundreds more women – and some men, too! – will find strength and encouragement in their fellow Savings Group members, and continue to build better lives for themselves and their families.

Read more about savings and micro-finance programs in other countries: https://www.episcopalrelief.org/what-we-do/our-programs/micro-finance