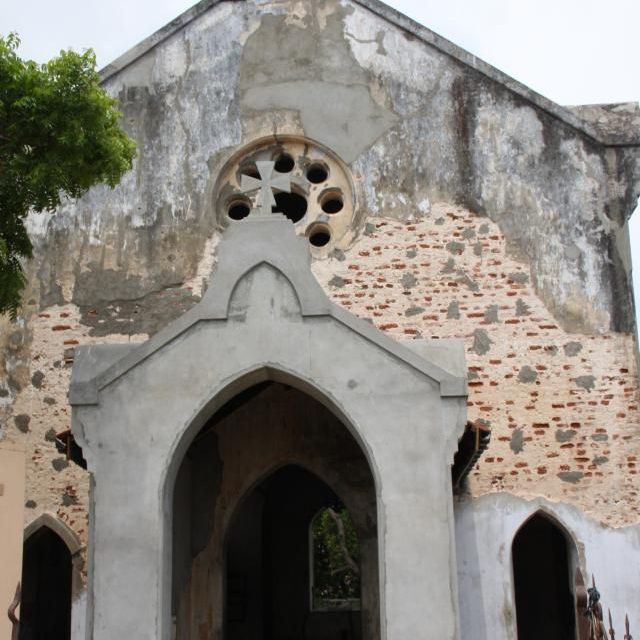 After 30 years of civil war, Sri Lanka is now into its second year of peace.  However, in many parts of the country the reality is that the effects of the conflict are still present. There continue to be armed checkpoints throughout the capital city of Colombo, many of those displaced by the final stages of the war are yet to be fully resettled, and the country’s political establishment is still working on addressing the aspirations of the minority populations (the root cause of the war).

So even though most of the country is euphoric at the end of the war, the Church, one of many institutions that stand by the marginalized, keeps the discussion on the scars of the war within the public realm and fights for healing amongst communities.  The Anglican Church is quite distinctive in its composition since most of its membership is largely made up of the two main ethnic groups that have waged war against each other for the past 30 years. The Church therefore offers a unique perspective in the public debate around reconciling and transforming communities.

The Centre for Conflict Analysis and Reconciliation is one of the partnerships of Episcopal Relief & Development and the Diocese of Colombo.  The Centre is located in the heart of Jaffna, a city in the north, in the ruins of the Anglican Christ Church. Christ Church and the surrounding area were basically destroyed during the war in the 1990s. But the shell of the church remains and is currently being renovated, while retaining all visible signs of war—to serve as a powerful reminder and a space for dialogue and reconciliation.

The Centre will facilitate workshops on peace building, host open forum community reconciliation meetings and bring together youth from different parts of the country, and different ethnic and religious groups, for dialogue, creative outlets and developing conflict resolution skills.

With Episcopal Relief & Development’s primary mandate to alleviate hunger and promote health, we work with our local church partners to strive towards the transformational development of suffering communities.  We realize that without harmonious communities, we cannot adequately address the root causes of poverty.  This program provides inspired opportunities for healing in order to build unified communities.

One of our Church relief and development workers notes, “Where war rages the fiercest, a message of peace and reconciliation sounds all the more refreshing; even the most violent men long for peace. In the midst of strife, tension and suffering, the Gospel ought to be primarily about Him who is our Peace.”

The Anglican Christ Church, destroyed
in Sri Lanka’s civil war, will serve as a powerful
space for reconciliation efforts.
Sign up for News