Home | Stories & Info | Philippines Giving – From Near and Far

Philippines Giving – From Near and Far 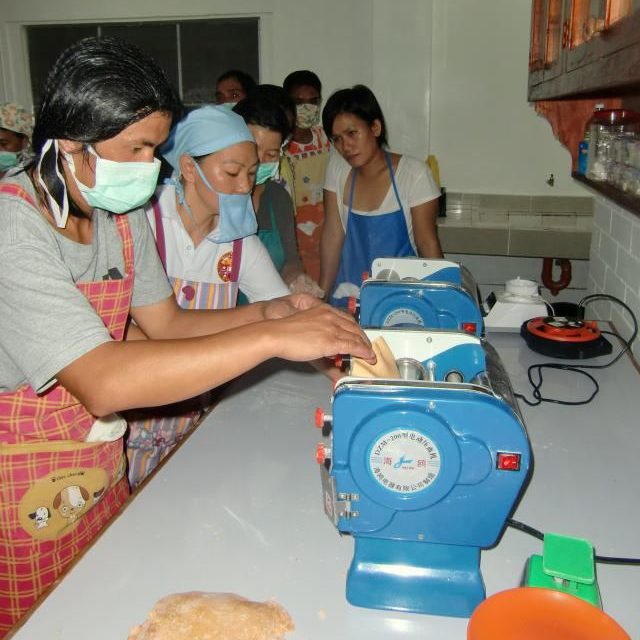 When I got on the plane in New York for Manila a few weeks ago, I had in the back of my mind the generosity of the many, many people across the country who had donated to our Philippines recovery work. I was impressed by the outpouring of support, in most cases from those who had never been to The Philippines, but still responded to the needs of those far away.

I knew that our partner, the Episcopal Church of the Philippines, had been actively working with those in the areas that had not been hit by the typhoon, to mobilize a relief effort starting shortly after the storm. They had quickly created a network of support – from community groups ramping up production of vegetable noodles and soap for relief packs, to volunteers in the capital spending hours in the Church hall sorting and packing, to more volunteers helping with organizing and distributing down in the area the typhoon destroyed. The first day of my visit I had a chance to see what they were up to and it was impressive.

On the second day of my visit I travelled north to Santiago City, to see several trainings that had been organized to teach more people how to make vegetable noodles, packaged vegetable soup using local produce, and a high-protein flour mix for porridge or cookies. The group I met there  – both those who came to learn and also the trainers – were all very happy to be able to help out in such a productive way. They talked to me about how they saw the opportunity as a double-win – they were both learning new skills, while at the same time being able to assist others.

Everyone who lives in The Philippines knows what typhoons are like, and many have had damage to houses, crops,  or towns at some point. So when super-typhoon Haiyan caused so much destruction to their neighbors, each person knew exactly what those other families were going through.

The Episcopal Church staff also shared two stories during my trip that really struck me. The first was of a small community in the north that makes soap, which responded to their call for relief items by packaging their products, and then carrying the soap about 1.5 hours on their shoulders over a road that was impassable to cars due to the rain. They refused to take any extra payment for the transport – they wanted that to be their donation. The second, a woman, who had participated in a project of theirs years ago, saw the Church’s vehicle, loaded with sacks of rice for the relief effort, went home, found one extra sack of rice, and put it on top of the pile – her donation.

These donations came from people who have very little, but if they could volunteer their time, their work, or a little extra food, they did so readily. Giving to others makes us feel good, purposeful, stronger. I realize that even for those of us who have never experienced a typhoon, we all know what it is like to need help, and when we can do a little bit to help someone else, it feels good, whether they are next-door or on the other side of the world.