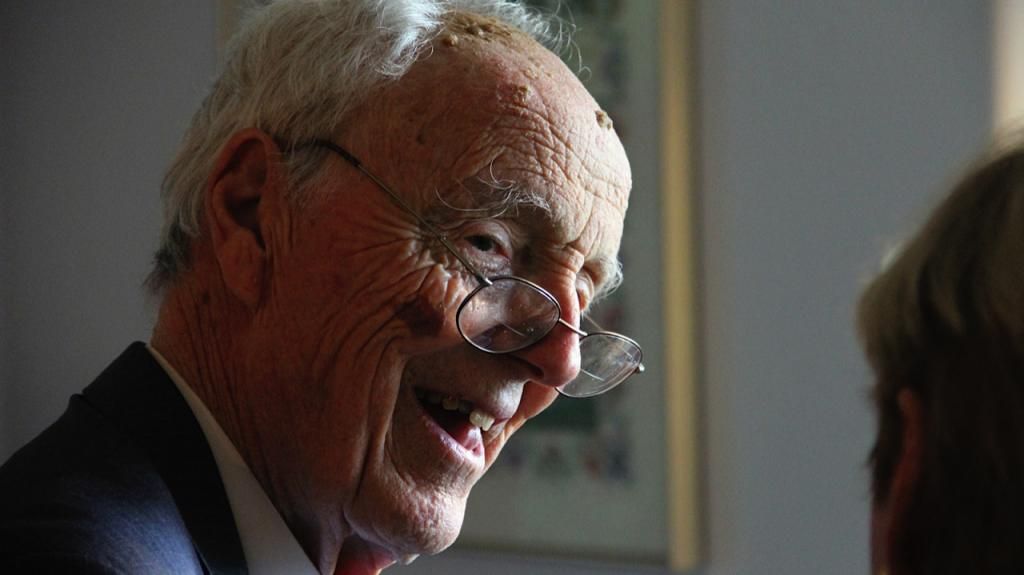 The room at the top of the stairs is a shared home office. The Reverend Alden Besse is on the left, his wife Barbara on the right. Hers has a computer and file cabinets. She’s the organized one, the one who does e-mail. Alden’s side of the room is awash in post-its, newspaper clippings, books and small mountains of other stuff. One desk chair looks to be in a permanently supine position. It appears quite possible that a small but powerful bomb just went off. 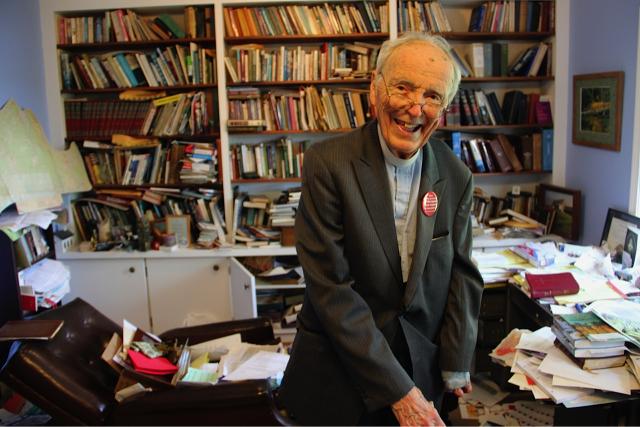 In the crowded southwest corner of the room, a four-drawer metal file cabinet sits stuffed with information about hundreds of charities. The material is filed because Alden reads it all, then does more research and donates. The Besses donate a lot. They typically give to more than 100 organizations each year.

Alden has been giving to Episcopal Relief & Development for more years than any donor we know. His first gift, to what was then called the Presiding Bishop’s Fund for World Relief, came not long after World War II. The organization that would become Episcopal Relief & Development was only seven years old at that point. Alden himself was only about 22. He showed me a hand-written ledger that he’s kept all these years.

The notation says, “Presiding Bishop’s Fund for World Relief—$295.”  The year was 1947. Sixty-seven years later, Episcopal Relief & Development continues to do the work that inspired Alden to give in the first place. 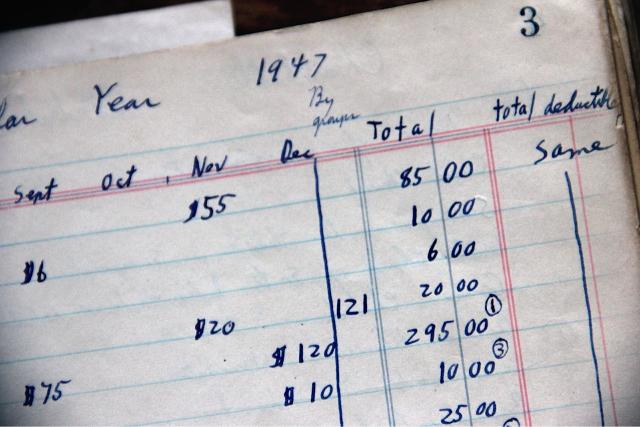 How many organizations do you give to, I asked.

They go back and forth like this a lot, in the way that perhaps only couples who have been together a very long time can. 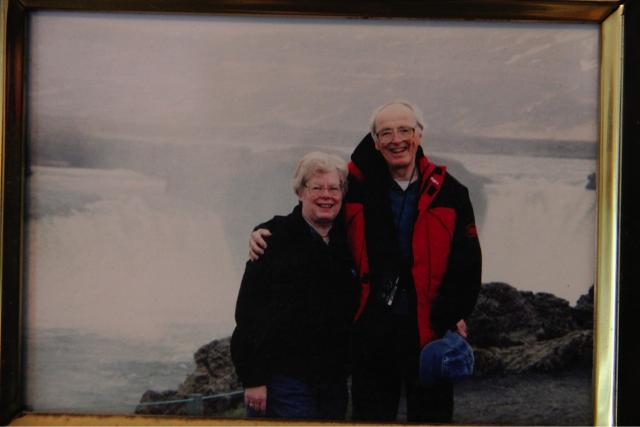 Alden Besse grew up in Scarsdale, NY, a self-acknowledged child of privilege who went to prep school, then Harvard, and finally Virginia Theological Seminary. He became a priest at 26.

It seemed unlikely that Alden would become a priest. Neither of his parents attended church. Neither had even been baptized (although Alden eventually did baptize his mom). But a succession of mentors, schools and churches along the way made a clergyman out of him.

He was exposed to a Bible class at the Foreman School (“not the reform school,” he says), then chapel at Harvard and finally, seminary. He headed the Bishop Rheinlander Foundation and the Appleton Club at Harvard. By the time he graduated from seminary, he was ready for his first job as a clergyman, curate of St. Anne’s Church in Annapolis, MD, where he worked for the Reverend Charles Edward Berger. “I couldn’t imagine a better situation. He was a father figure to me,” said Alden, who lost his actual father the first year he worked as a priest.

Alden knew from a very young age that he was fortunate, but he was also lucky to have parents who helped him understand things like economic inequality and how he could help lessen it.

His mother “used to spread out her charities on the double bed, come fall. And so, I got interested,” he said.

He recalled a conversation with his father from many years ago in which they discussed the gap between the haves and the have-nots. “Some have so much, and some so little,” he remembered saying at the time. 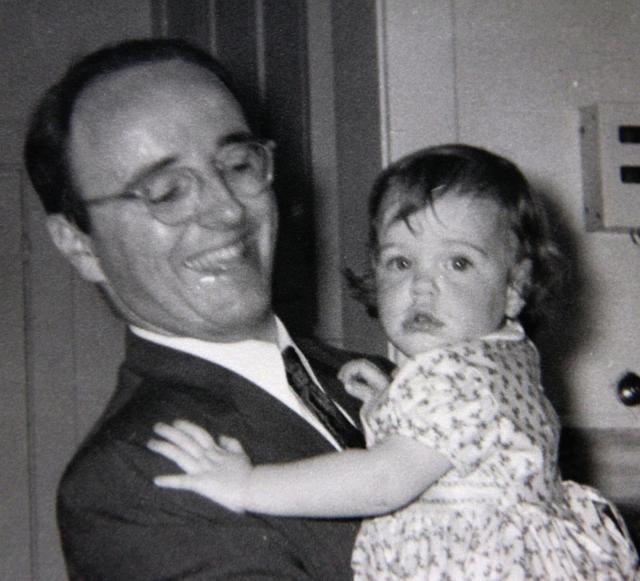 Alden said that Jesus was always teaching through parables about people in need. It gave him a much broader view about who is his neighbor. “It’s anyone in need, anywhere,” he said.

Several times in our conversations, Alden mentioned the story of the widow’s mite, a parable that is clearly powerful to him for its message of sacrificial giving.

“We had a parish where I knew the largest pledge (and this was many years ago) was $30 per week and the smallest was 15 cents. And I know both people well,” he said. “One was your humble servant and the other was a widow. One day she wanted to give to a special fund, and she gave to that instead of buying shoes for herself.”

Alden has spent the last 70 years trying to help people and causes around the world through organizations like Episcopal Relief & Development, and closer to home by making regular visits at the nursing home on Martha’s Vineyard.

He has always been partial to the pastoral care side of ministry and has served on boards of nursing homes and led committees on aging. But it’s the one-on-one visits that he seems to enjoy most. He listens closely, speaks softly and carries a sly wit when he calls. 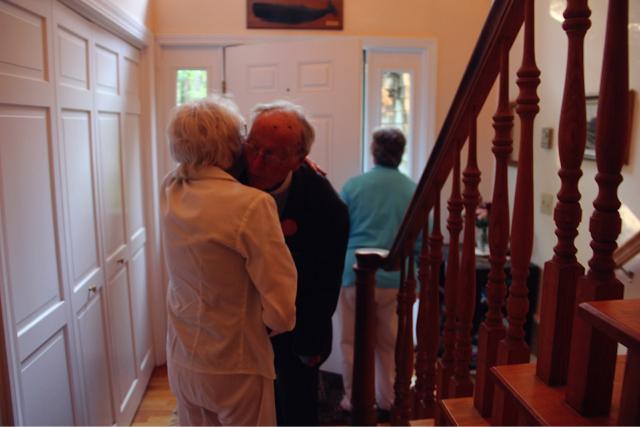 “You know he’s kind of a legend around here,” nephew Steve Besse told me. “I meet people all across the island (of Martha’s Vineyard) who tell me ‘Alden visited my dad,’ or ‘Alden really helped my mom after her father died.’”

Alden celebrated his 90th birthday in July. Two of his three children, Mark and Ellen, and their families made it across the country to the party, as did many friends from Martha’s Vineyard and Grace Church, where Alden was baptized in 1944 and where he attends every service.

After serving parishes in Pennsylvania, Rhode Island and Massachusetts, Alden and Barbara moved back to the Vineyard full time in 1990 when Alden retired. Their house sits on the same property that Alden’s father bought in the late 1930s—just down the road from the original Besse home. Alden has been coming to this place as long as he can remember. It’s been the center of family celebrations and gatherings over the years.

At Alden’s birthday, son Mark toasted his father before cake and ice cream:

“It’s really a great accomplishment to live 90 years. But even a greater accomplishment is when you do it and you live well. He’s taken the opportunity to be with friends, to serve the church. Thank you, Dad.” 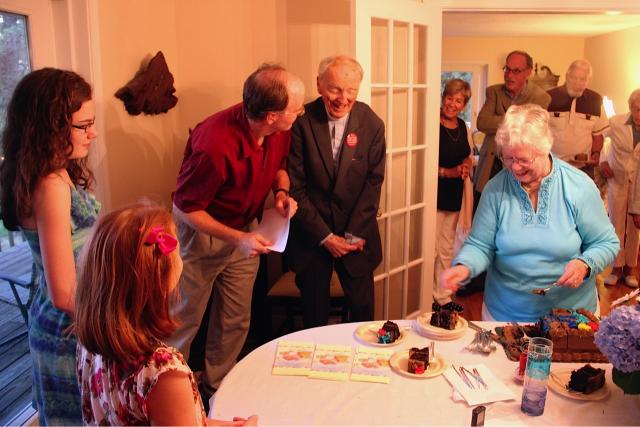 Inspired by his parents, mentors, the church and his family, Alden has inspired many others through his service and his gifts. But Alden and Barbara always see what is special in others.

A few years ago, at the couples’ 50th anniversary celebration, after they had renewed their wedding vows, and all the toasts and hugs and congratulations were finished, Alden was asked to say a few words.

“I responded briefly, for a change,” he said with typical deadpan humor. 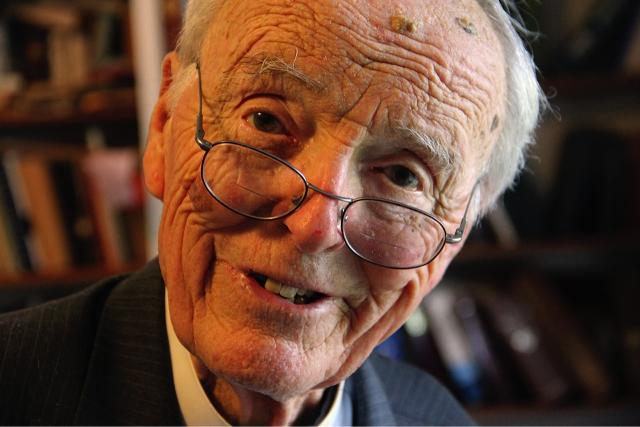