Home | Stories | Andrew Maxwell, One of the Saints of God

Andrew Maxwell, One of the Saints of God 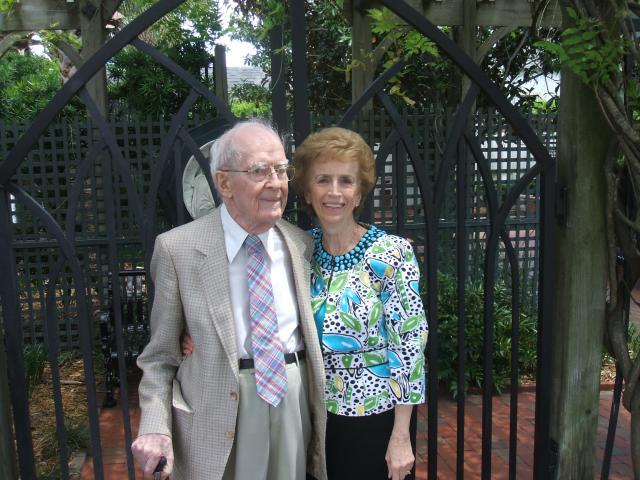 This All Saints’ Day, I will remember Andrew Maxwell. I never met him, but we talked on the phone occasionally. He was kind and quick, enthusiastic and sly. It’s hard to explain how all that comes across in a few phone conversations, but it does.

“There might be another one soon,” he said. I could imagine him winking at me. And true to his word, another check arrived a few months later.

He died at 94 on Dec. 1, 2012 and left a generous bequest to Episcopal Relief & Development after making regular donations for many years. His, and all other bequests, help to sustain our existing programs and provide seed money for new ones. His gifts have and will help many people around the world.

He also gave to many other organizations including St. Mary’s Church in Daytona Beach, Florida where he was an active member, and the National Cathedral in Washington where he and his wife Kathryn (who died in 2004) lived for many years.

“My uncle Andy was a special man,” said his niece Ingrid Johansen, of Sun City West, Arizona. “He was very careful with his money, He saved. And he only spent on essentials. In his older years, he really enjoyed giving to organizations he believed in.”

Closer to home, Tom and Marge Farrell became good friends to Andy, their neighbor four doors down. Marge used to bring cookies once in a while. And Andy presented her with a pink rose each week from his yard.

Andy and Kay were married for 62 years. “Andy cared for Kay at home and she required a lot of help. When she died, he grieved for a full year,” said Marge.

“Uncle Andy was so totally devoted to my Aunt Kay. She was the love of his life,” Ingrid said.

The Farrells invited Andy to St. Mary’s Church after Kay died. The oldest church in Daytona Beach is a congregation that is “like a family” Marge said, and they took to Andy right away. 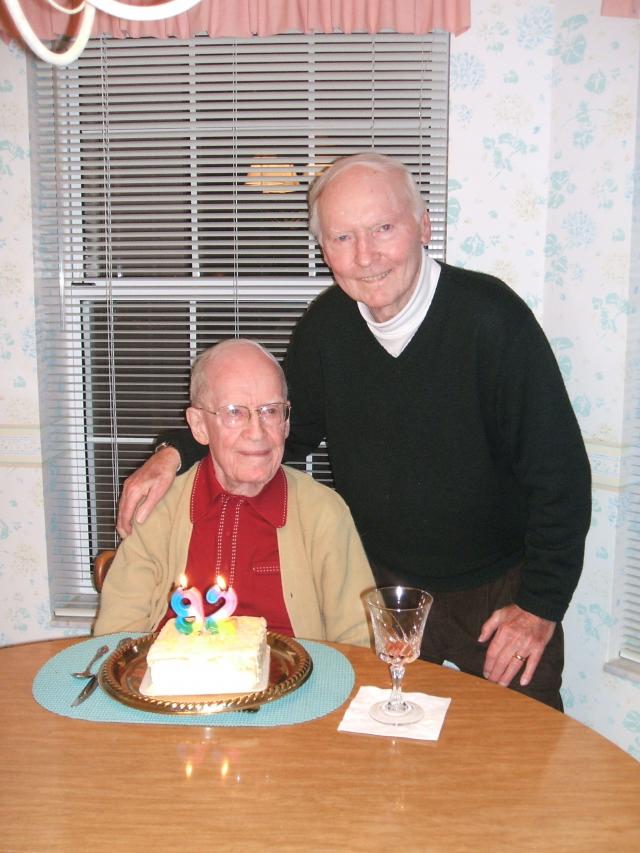 At St. Mary’s, Andy was responsible for gathering a team to count the Sunday offering.  “He was there every Monday at 8.  He was very detail-oriented and meticulous,” Marge said. “He was surprised and humbled,” she said, “to be named parishioner of the year in 2011.”

Over the years, Andy enjoyed many holiday meals at the Farrell’s house, so the three were never alone at Thanksgiving or Christmas.

“Andy was small in stature,” Marge wrote in his memorial service remembrance, “but he had a big appetite.”

He also had a favorite lunch menu: Soft boiled egg, shrimp and tiramisu.

Tom would often accompany Andy on his doctor appointments. But Andy always drove himself in a 1994 Mercury Marquis. Tom said Andy kept a busy and regular schedule:

Presumably, he kicked back on Saturday.

Andy was a World War II veteran, serving in the Army in Europe. He was an Eagle Scout and held a Master’s degree in aeronautical engineering from Virginia Tech. He had a long career with the Federal Aviation Administration as an investigator and engineer.

I’m grateful for Andy Maxwell, and so many other friends and donors like him, grateful for the lives he touched and for the good example he showed us. He cared about others. He wanted to do good. And he did. He was truly one of the saints of God.