We will be sharing perspectives from women in anticipation of International Women’s Day on March 8, 2014. The theme is ‘Inspiring Change’. This story comes from Mary Stuart Smart, a recipient of the Ghana Pilgrimage Scholarship of 2013. It is a snapshot of her experience in Ghana, where she observed first hand the work of Anglican Diocesan Development and Relief Organization (ADDRO) – Episcopal Relief & Development’s partner in Ghana.

On our third day in Ghana, I found myself seated with the rest of our group, enjoying a much-needed breeze while waiting to meet the Chief of Binaba. His arrival was one of the most memorable moments of our trip. He came adorned in a red hat, escorted by his formal posse of cabinet members and potential successors. After a traditional greeting and introduction, the Chief spoke to us about the progress of development in Ghana, using a simple, yet effective metaphor. “We are all aware that development is a process,” he said. “It starts from one brick, to two, and three until you complete your entire structure.” He spoke highly about the work of Church partners in his community, and to my surprise, emphasized the particularly positive effect their development programs were making on women. 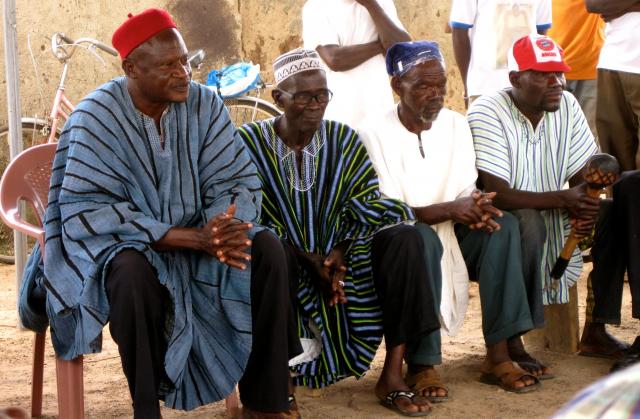 After just a few days in the country, it became clear that women play an important role in Ghanaian communities and households. But it was also not difficult to see the social and cultural constraints keeping women from reaching their full potential. I was reminded of the discouraging statistics I had studied in my classes, about the hardships women from developing countries face – lack of education, no access to land, traditional gender roles, poverty, and early marriage, are just a few of the hurdles they encounter daily. I came to Ghana wondering whether I would find much basis for hope that these conditions were changing. 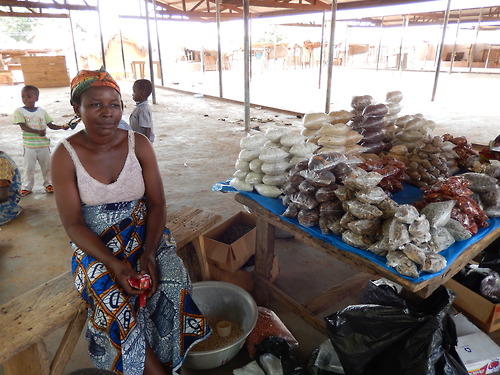 Yet, what I discovered after visiting some of the organization’s development programs was in fact, concrete evidence of hope. We were introduced to women who were directly benefiting from these programs. I got to listen first hand the personal and triumphal stories of these strong, independent women. I learned that the temporary, yet sustainable, support from these programs was empowering these women through access to education, a successful market business, the mastering of a trade, and/or the ability to send their children to school. Even more encouraging, as Faith Rowold wrote in her earlier blog post, I saw successful women serving as role models and mentors for other women. 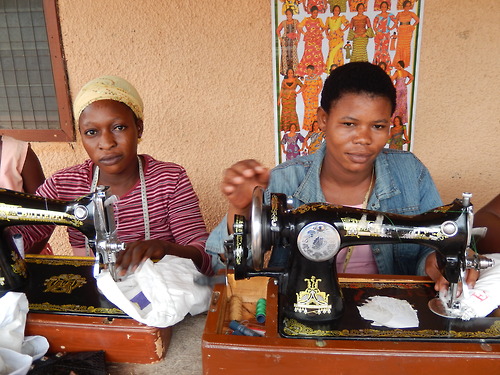 That same afternoon, our group had the pleasure of meeting another influential male community member, Bishop Emmanuel Arongo. His wise words echoed those of the Chief, speaking about the unprecedented changes in gender equality that has occurred in recent years. After explaining that education for women past elementary levels was unheard of when he was a boy, he spoke of how encouraging it was for him to see women making their own livelihoods independent of men. 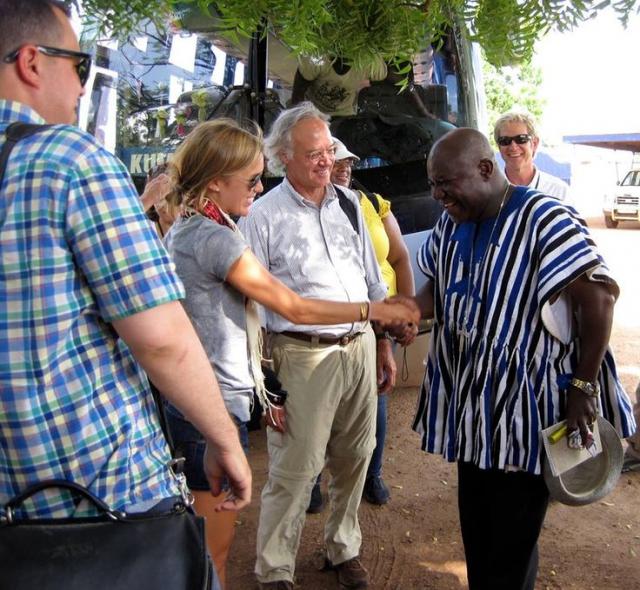 Since returning to the States, I have had the chance to reflect on what the Chief and Bishop Arongo shared about the state of women in their country, as well as on all the stories of women I had the pleasure of hearing and celebrating. I was struck and encouraged by the fact that both secular and spiritual male leaders of Ghanaian society are publicly celebrating this progress, and its significance. To use the Chief’s metaphor, I cannot help but think that we are watching the first bricks being laid for gender equality in Ghana.

Mary Stuart Smart was one of the recipients of the 2013 Ghana Pilgrimage Scholarship.

Photos: Top: The Chief of Binaba speaking to the group.  Middle 1: Ghanian woman who built her business with micro credit loans supported by Episcopal Relief & Development.  Middle 2: Young women in Yelwoko, Ghana, learning how to make dresses. Last: Mary Stuart meets Bishop Jacob of the Anglican Diocese of Tamale at the ADDRO office.