Episcopal Legacy Starts Early and Continues for a Lifetime and Beyond 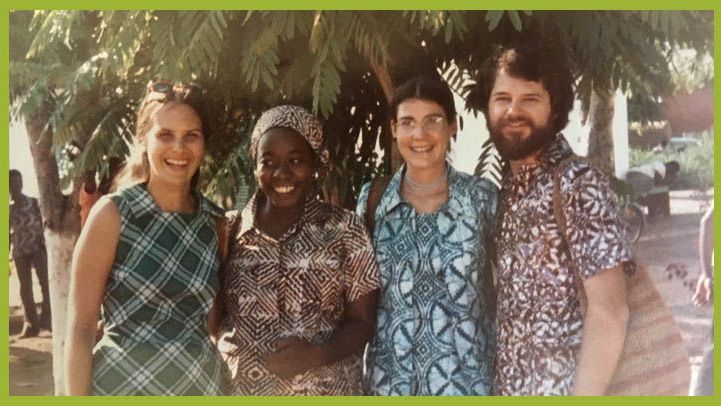 Olive Liechty-DePonte is a long-time Episcopal Relief & Development supporter. She and her husband Kelly live in California. Olive attends St. Stephen’s Church in Belvedere, CA. They have two grown children and two grandchildren, with another on the way. Recently, Major Gifts Officer Richard Hoff had a chance to catch up with this amazing Episcopalian regarding her lifelong commitment to Episcopal Relief & Development.

Richard explains, “One of the reasons Olive and I bonded strongly and have a very close relationship is that the first time we met—over scones and tea in her home—we learned we had both been in the Peace Corps many years ago. Our worldviews are similar because of that. It’s always a pleasure to get to know our supporters.”

We hope you enjoy the conversation and would love to hear about your Episcopal Legacy: Tweet to @EpiscopalRelief using this hashtag #EpiscopalLegacy.

Richard Hoff (Richard):  You have supported Episcopal Relief & Development for a long time. What brought you to the organization originally?

Olive Liechty-DePonte (Olive):  Well, I was born and raised Episcopalian and my mother was Secretary of the Department of World Mission for the Diocese of California in the mid-1960’s. I’ve been a supporter of Episcopal Relief & Development on and off since it was The Presiding Bishop’s Fund for World Relief.

Richard:  What a legacy! Does your decision to give to Episcopal Relief & Development answer any call you may feel to international or Christian responsibility?

Olive:   Yes. If I had it to do over, I’d be a program officer for Episcopal Relief & Development! I was a teen when my mother was Secretary so my interest in international development came from family associations with Anglican priests and bishops in Southern Africa. People like Edward Crowther who had been deported from South Africa in 1966 because of his opposition to apartheid, and Rev. Maxwell Zingani from Malawi (whose daughter and I became pen pals). In college my professor and thesis advisor Walter Morris-Hale inspired me to actually go to Africa. So, after graduate school I joined the Peace Corps. 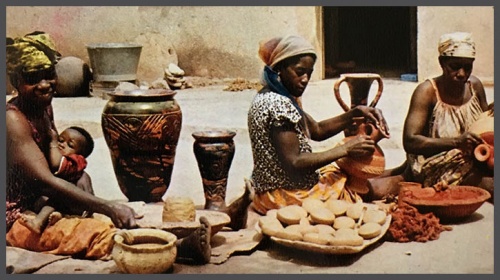 Richard:  Where did you serve?

Olive:  I served in the Republic of Côte d’Ivoire from 1972-74. My French was minimal to start with, but, they needed and wanted people with an MA to teach English to the upper level lycée students. 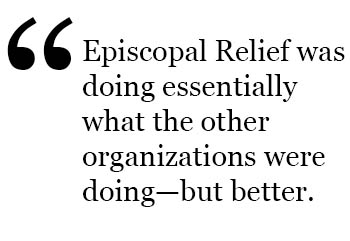 Richard:  Did that experience inform your early donations to our NetsforLife® malaria prevention program?

Olive:  Very much. We Peace Corps volunteers were issued mosquito nets and anti-malaria pills. Our students were not. Some experienced constant absences, lethargy and inattention, fevers, misery and ultimately failed classes as a result of having malaria. This was why I started contributing to NetsforLife®. Such a simple preventive measure, so long out of reach for the average inhabitant of endemic malaria areas!

Richard:  What continues to attract you to the organization? 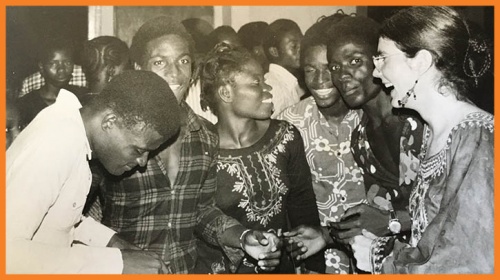 Richard:  Wow! That’s incredible to hear and we’re so very grateful. I’m wondering—was placing us in your estate plan a difficult decision? Any reasons not to do it? 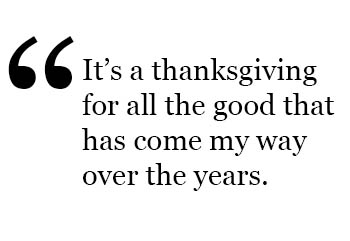 Olive:   None. In 1991, when we first did estate planning, it was to take care of our children through college. In 2016, when we restated it, I had been getting solicitations to set up life annuities. I thought, “I’m giving all this money to Episcopal Relief & Development and when I’m gone it just stops? What is that!” Just because I’m gone doesn’t mean all of these challenges of poverty and disease have been solved. I’d actually like to leave this small legacy to my children and grandchildren hoping they will continue to care for our planet and the people who live here.

Olive:  No. I think it’s important to put your money where your mouth is.

Richard:  And where your heart is.

Richard:  And one final question before we wrap up. What is the most satisfying aspect of this decision for you?

Olive:  It’s a thanksgiving for all the good that has come my way over the years.

Below, Olive shares and explains photos from her experience in the Peace Corps:

Images: Top—Olive and other Peace Corps volunteers; Middle 1—A Christmas card Olive received from a former student in 1974; Middle 2—Olive and students at the end of the year school dance in 1974.