Working for an international relief and development organization, I spend a lot of time talking about our programs outside the US – micro-finance in Angola, agriculture in the Philippines, clean water in Nicaragua. But access to clean water isn’t just an “over there” issue, and the community-led approach our programs are based on isn’t just an “over there” strategy. Just like when disasters happen internationally, when we began to address the situation in Flint, our first question was: what is the local Church doing and how can we support them? 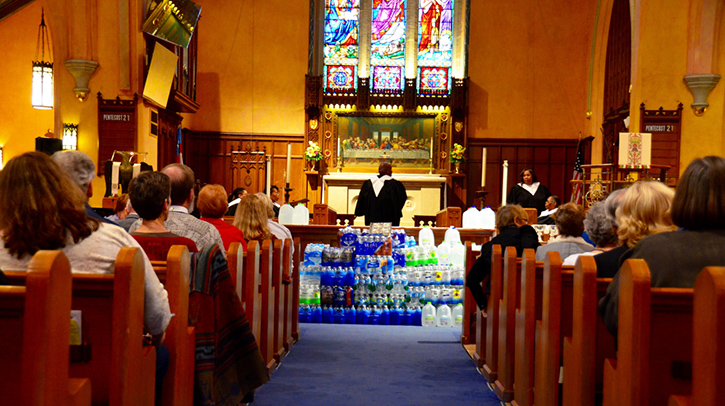 Although national news coverage of the water crisis in Flint peaked in early 2016, the situation actually started much earlier. In April 2014, State of Michigan authorities who had taken over Flint’s budget following a financial emergency switched the city water source from Lake Huron to the Flint River. An inexpensive additive could have prevented the chemical makeup of the river water from corroding the pipes and releasing toxic levels of lead and other contaminants into the water supply, but the authorities did not use it. Soon after the switch, residents began to raise concerns that the water looked and smelled unsafe, but it wasn’t until 18 months later that lead was discovered as a threat. Official warnings were issued in October 2015 not to consume or bathe in Flint water, but by then many people had already absorbed high levels of lead, which is especially dangerous for children and pregnant women. Even though officials switched back to lake water once the lead issue was discovered, the corrosion had permanently damaged the city’s water system and the tap water remains unsafe for drinking. 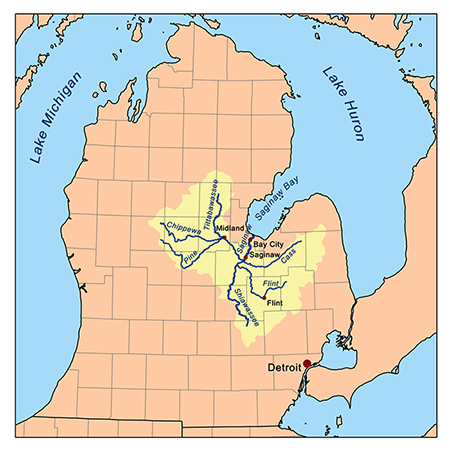 Distributing bottled water and water filters was a major part of the initial response to the emergency, and the Episcopal Diocese of Eastern Michigan – with support from Episcopal Relief & Development and other partners – reached out to assist people who might not have been included in government efforts. 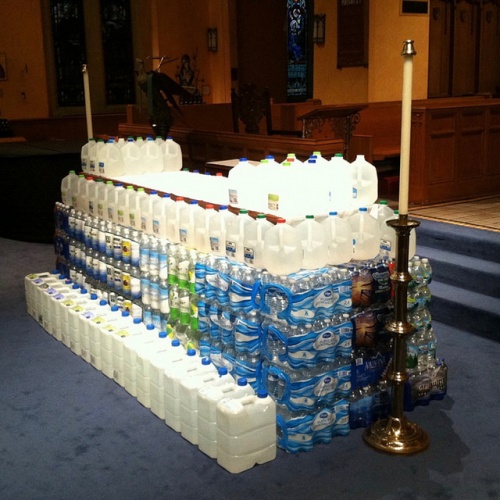 However needed they are, though, ongoing water distributions won’t fix the underlying problem or its long-term impact on the people of Flint, especially young children who are at risk of lead-related developmental delays, and people in low-income neighborhoods whose advocacy efforts went so long unheeded. 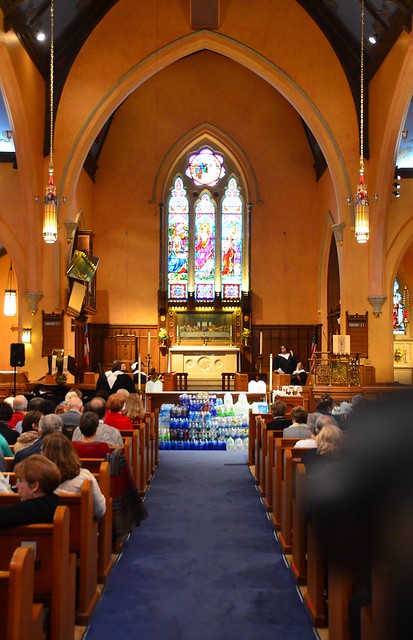 Place your cursor over the Flickr gallery above to activate the navigation buttons.

Instead, local churches and related ministries are leveraging their relationships with area businesses and each other to enable those impacted by the water crisis to improve their health holistically. A cooking class at Crossover Downtown Outreach Ministry, in partnership with St. Paul’s Episcopal Church, Christ Enrichment Center and St. Andrew’s Episcopal Church and Soup Kitchen, now teaches how to prepare iron-rich foods like leafy greens that can help clear the body of lead. Participants are able to take home a low-cost box of greens and other nutritious foods to improve and diversify their household diet. The food boxes are subsidized by church funds, with help from the diocese and Episcopal Relief & Development – supporting the locally-owned grocery store and farmer’s market that supply the produce, while enabling people to get fresh, affordable food rather than whatever’s at the corner deli or takeout place. 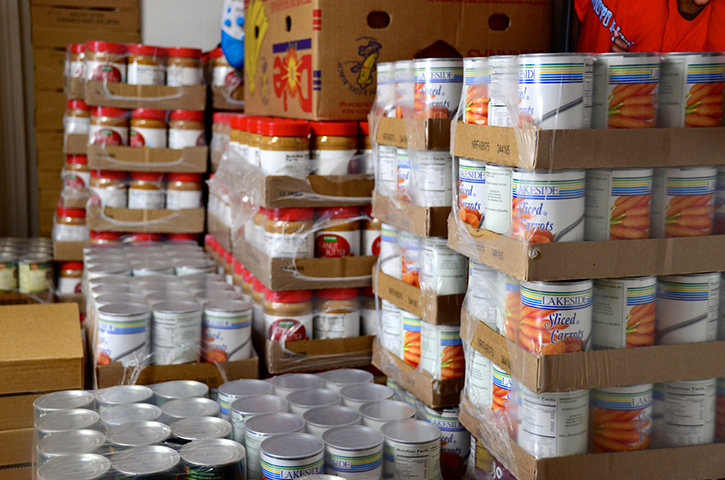 This is a powerful and effective partnership making a real difference in the lives of local residents, but is a part of a larger diocesan effort to advocate for broader issues of justice. The issues of food injustice, poverty, racism and disenfranchisement are entangled in cities and in small towns across the US. And although ministries like food pantries do make a difference (especially when they are centered around dignity and justice, and not just feel-good volunteer opportunities), we can’t “food pantry” our way out of poverty, and real accountability is needed in order to rebuild trust in government systems that fail people and then don’t listen when they try to advocate for themselves.

I’ve been grateful to Katie Forsyth in her ministry as the Director of Communications and Public Engagement for the Diocese of Eastern Michigan, who has been steadfast in sharing Flint’s story and highlighting collaboration among local partners and the communities they serve. These partnerships existed before the current water emergency, responding to the everyday crises of food, income and housing insecurity that keep people in the US and around the world from living into their full potential. The response in Flint is asset-based, working with the churches, organizations, businesses, community groups, civic relationships and ministry programs that already form the fabric of the community, and the response leverages those gifts to meet this new challenge. The work being done on the ground by these partners in Flint is being supported by the diocese, Episcopal Relief & Development and friends across the US through grants, fundraising, communication and coordination. 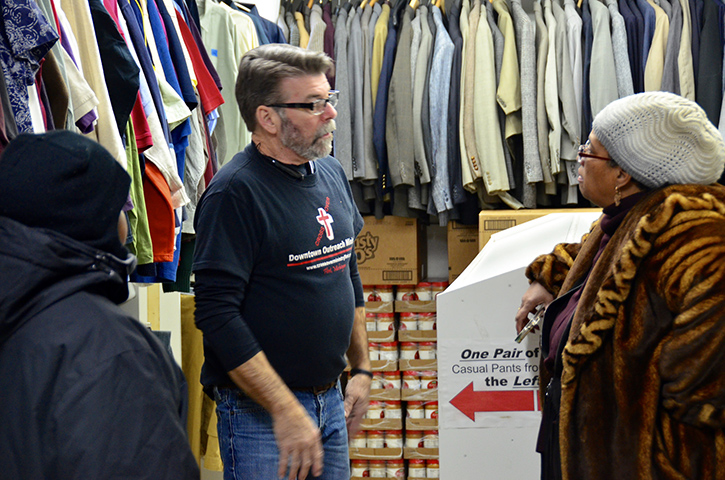 We didn’t parachute in a response team to hand out bottled water from New York – we didn’t have to. As we’ve seen from the ongoing collaborative response, the people in Flint and the church leadership in the Diocese of Eastern Michigan know what is needed and who needs it, and how best to help. Our role is to listen to them and support them, and accompany them through a full and sustained recovery.

Related blog posts from The Episcopal Diocese of Eastern Michigan

We Are All Connected: Happening in Flint
Paying it Forward: Hurricane Sandy to Flint Water
Flint Water: How Can You Help?

Faith Rowold is the Communications Officer at Episcopal Relief & Development

Article written by Faith Rowold in conversation with Katie Forsyth, Director of Communications and Public Engagement for the Episcopal Diocese of Eastern Michigan.