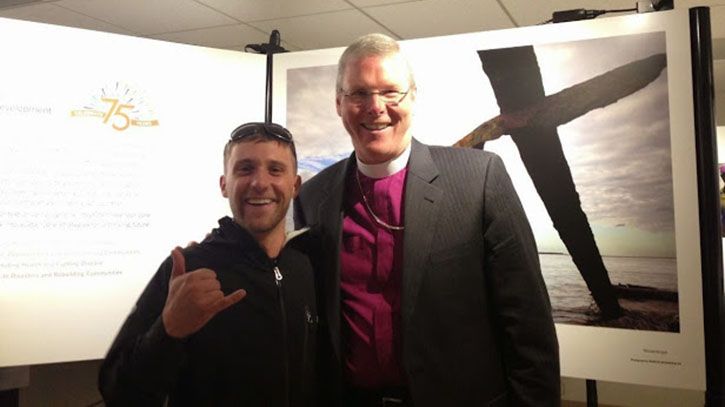 Tanner Tennyson grew up in a small town on the peninsula, across the water from Seattle, Washington. He’s always had a heart for kids and people he could sense were hurting inside. At birth he survived kidney failure and would subsequently spend most of his childhood in a hospital, surviving multiple medical issues and even a coma. This experience would shape his worldview. 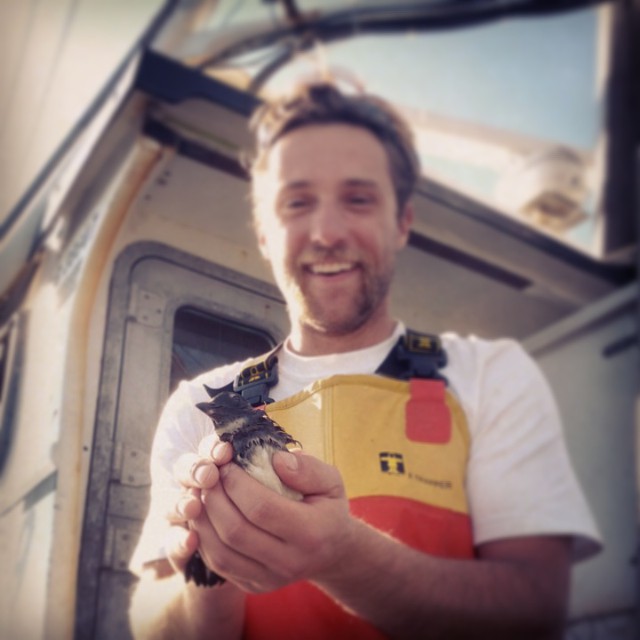 In early October 2014, through a series of serendipitous events, Tanner found himself attending the 75th Anniversary Photo Exhibition at the Saint John’s Cathedral in Denver, Colorado, with a friend. He had a conversation with the Right Reverend Robert J. O’Neill about Episcopal Relief & Development and was inspired to pull whatever money he had out of his pockets and hand it to the bishop. He had been praying and thinking about where to give his tithe. It turned out to be over $1800, which is nothing to shrug at especially considering it was hard-earned money he just received from working as a commercial fisherman in Alaska.  Shortly thereafter we had a chance to talk with Tanner about what inspired him to act.

What do you think about people in your age group, 20s-30s, getting involved in philanthropic work?

I’m 28, and as people my age are now starting to come into money, we want to be involved in changing the world. We have hope, I know we can do it, but I also know most of us don’t want to give to ‘religiosity’ or find out we put a pastor on a yacht. When I was an undergrad I went to an edgy, fast growing, mega-church in Seattle, which recently crumbled, losing its focus on the people they were serving due to a flawed infrastructure. That experience made me wary of how God is represented, where God’s money is being spent, and I think a lot of people have experienced this. Which is why we look to secular organizations. We think they must be on point because they’re not going to shove the Bible down someone’s throat in a foreign area, they’re just going to be fiscally responsible and help… and that’s what we want! After talking with Bishop O’Neill it became clear that Episcopal Relief & Development was doing things differently. 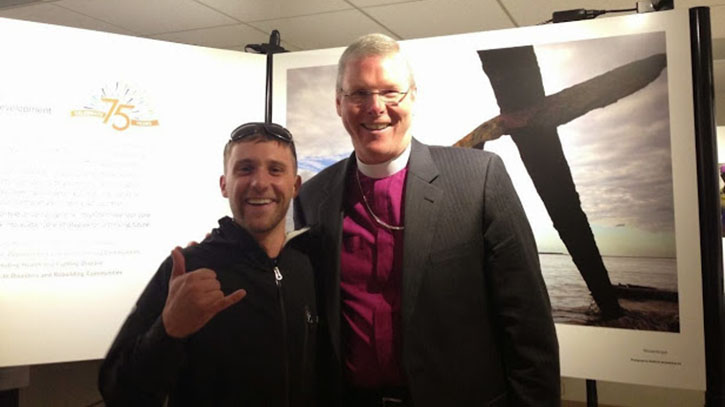 What surprised you most about The Episcopal Church and Episcopal Relief & Development?

I wasn’t aware of the heart of The Episcopal Church and its worldwide infrastructure, and therefore the incredible network available to Episcopal Relief & Development. As a skeptic I grilled the Bishop at this event, he told me over 90% of every dollar goes directly to aid, no high dollar staff salaries and rarely did they even need to travel to affected areas due to infrastructure not already in place. This means that if disaster strikes, we can donate and immediately impact the affected community. We laughed about how ineffective a herd of people, walking off a plane, ready to change a culture or ‘make a difference’ can be. I began to look around the event realizing there were no attempts to solicit donations through images of sick and diseased children and that this was a mission of love, hope with dignity for humanity simply for the sake of it. Having survived sickness as a kid due to these traits I was immediately on board.

As a child I never wanted to see pictures of myself in hospital beds; I wanted hope, I wanted freedom from that life, so I fed myself with images of what I hoped for and so did the hospital. We may not understand how vital that is for hurting people but psychologically it’s everything. I believe my body followed suit to what my mind was telling it, I was pep-talking my body like a football coach as a kid, like, “c’mon body, you can do it!” and as funny as that sounds it worked! No one would’ve expected me to live and become a businessman, commercial fisherman, triathlete or college graduate. I wasn’t even sure at times but hope is real and God is good. 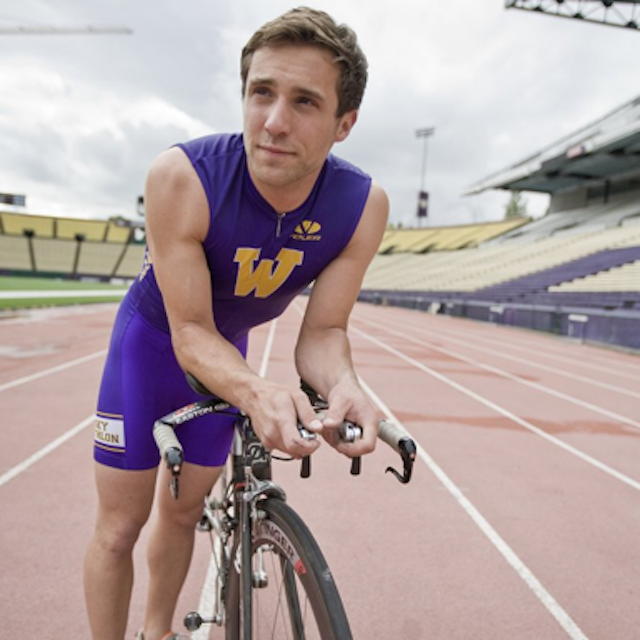 So, after experiencing the photo exhibition and grilling the Bishop, I didn’t think twice to give the money in my pocket … I felt strongly it was supposed to happen and I know the money was well spent. I would hope this message would be spread and I can help my age group understand that this is about people, loving one another, not an attempt to gain cash to indoctrinate John 3:16 into another culture. This is changing the world with the most efficancy I’ve seen.

If you could have dinner with anyone in the world today, whom would it be with? Why?

Nicky Gumbel. He’s unbelievable, he developed Alpha which meets in night clubs and bars, its changing the world. The Chinese government even endorsed it and use it to save marriages all over the country, just an incredibly humble and powerful human being who loves people. Alpha is a class on existential inquiry and basic introduction to Christianity geared towards people who are spiritually searching.

Can you offer advice on what organizations like ours can do to reach your peers – young adults under 35?

Episcopalians value debate and critical inquiry within the church body… that’s something people my age need to know. I think people intuitively know that God exists; yet we struggle with doctrine, we struggle with theology, and it separates people from connecting and certainly from loving the world. When the message changes towards something that’s like: ‘for the sake of love’, or something in that regard – that it’s just about our love for humanity, it’s not about pushing any certain religion on anyone, and I think that in and of itself will go viral, that’s when people will get on board and think, “you guys are doing something different and its amazing, look at these facts.” That’s what I told the Bishop, “you just told me a bunch of incredible facts that show the heart of the church, but how come it’s not stated everywhere?”

I’ve had to study a lot of third world micro-finance and how disastrous it can be if not managed well. And it was great because the Bishop was telling me he was on the same page; essentially saying, we don’t try to go in and Americanize, capitalize and teach capitalistic values of the western world, and I agree because so many organizations and NGOs try to overturn 10,000 years of culture in an 18-month push. And not only are they wasting money… you often end up with a culture that is  worse off. Perhaps you’ve empowered women, and think ‘this is great!’ But then realize the culture can’t handle that overnight change and the community is now in turmoil. I just feel like Episcopal Relief & Development is nailing it on every level, that no one else is coming alongside people who are hurting and asking, “How can we serve you with dignity, hope and love?” We’ve got to rally behind these values, they’re the ones that saved my life and change the world.

What is your dream for the future? In two years? In five? In twenty?

No matter how long I’m around, I want to continue to engage and empower people to understand who they are, what they can do, to dream bigger and that they are loved. When people feel allowed to live out of their whole selves, magic happens and the world changes. Having worked with disabled athletes, this is a miraculous process to watch.

What is your favorite song right now? Why?

I’m going to go with, “we built this city on rock and roll” by Starship, arguably the worst song of all time, the video has singing presidential monuments and giant dice chasing people and I think a ninja but that could be wishful thinking. What’s not to like?

Romans 8:38-39
For I am convinced that neither death nor life, neither angels not demons, neither the present nor the future, nor any powers, neither height not depth, nor anything else in creation, will be able to separate us from the love of God that is in Christ Jesus. 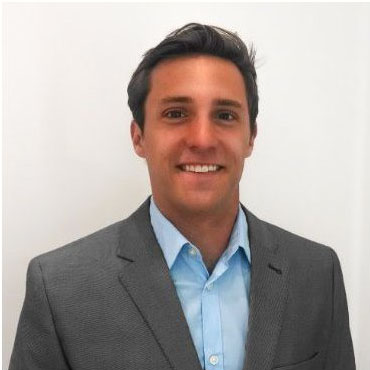 Tanner Tennyson works in business development and communications and graduated from the University of Washington.

Images: Top, Tanner Tennyson in Alaska. Middle 1, Tanner Tennyson with the Right Reverend Robert J. O’Neill at the photo exhibition in Colorado. Middle 2, Tanner training for a triathlon during college.