L’espoir Fait Vivre (Where There is Hope There is Life)

“Papa, J’ai peur, je veux du soleil (Daddy, I am scared, I want to see the sun).” These were the words uttered by my 4-year-old son as Hurricane Matthew’s torrential rain and heavy winds pounded Haiti Tuesday night. The strong winds made it sound like our house might disappear into the air. We could hear a high, shrill, piercing clatter when our window frames vibrated. This is the first hurricane he has lived through. That was certainly a scary moment for him, but after the long, dark night of tension, we were fine. We were lucky.

Not all Haitians were as lucky as my family was. According to the latest numbers released by the Directorate of Civil Protection, more than 350,000 people are in need of assistance and 15,623 people are displaced. So far, 283 people have been confirmed dead by the government, but the local media have reported more than 300. 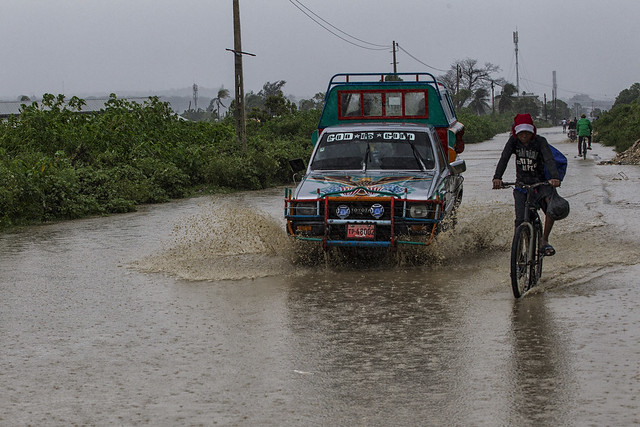 Throughout the country, people who were able to get through the jammed communication system were calling the radio stations to voice feelings of despair and hopelessness. Villages are under water, roofs ripped from houses, plantations are destroyed, livestock are swept away and family members are missing. The bridge in Petit Goave connecting Port-au-Prince to the southern peninsula has collapsed. For almost two days, no one was able to get in touch with loved ones in the Grand Anse area. Not even the officials have been able to gauge the true extent of the damage, particularly on the southern tip of the island, which was directly in the storm’s path.

I have lived through many hurricanes, including Hurricane Georges in 1998 and Hurricane Jeanne in 2004. I always thought that I knew a thing or two about them, and that I was tough enough to face them – but my son’s words really hit me. I realize that I, too, was scared. I was scared for the people living in the South, Nippes, Grand Anse and Northwest departments, as they are the ones to be impacted most by the killer storm. I was also concerned about a potential outbreak of cholera and food shortage throughout the country, since these things have happened in the past.

As I look at the pictures and listen to the radio stations, I am reminded that in the midst of trials and tough times, God is always in control and that he is going to lead the people of Haiti through this. 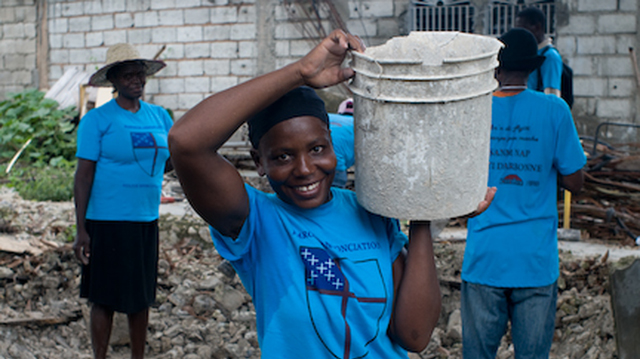 Volunteer in Haiti works to rebuild after the 2010 earthquake. Episcopal Relief & Development

In moments of despair, Haitians have two things they cling to: the knowledge that they have friends, and the hope that tomorrow will be better. As we always say, “ l’espoir fait vivre” (where there is hope there is life).” Those that are alive after the storm are waiting for a glimmer of hope so that they can feel alive again.

On Tuesday night, as I tightly held my son; I also clung to the hope that Haiti will get through this and that my son will enjoy the sun, as it will come out soon.

Please continue to pray for all those in the path of Hurricane Matthew. Stay informed here. 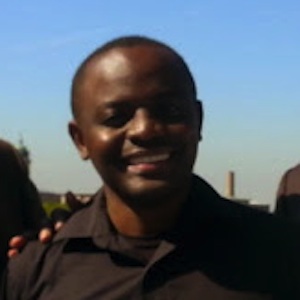 Ernest Cajuste is a Program Officer for Episcopal Relief & Development.