Home | Stories | Seeing God in the Midst of Disasters

Seeing God in the Midst of Disasters

YOU’RE INVITED TO BECOME A PARTNER IN RESPONSE AND RESILIENCE!

The US Disaster Program works in partnership with dioceses around the country that have been impacted by disasters. A core aspect of that work is working with diocesan and congregational leaders as they discern how they are called to respond after crises and events. The US Disaster Program supports affected dioceses through our staff and a group of dedicated volunteers called Partners in Response and Resilience (PiRR) These leaders have been through disasters in their own home church communities and can provide support, not only, on programmatic responses, but parochial and diocesan needs as well.

We are looking to expand our PiRR team this year and welcome you to discern if this is a ministry that you are called to join. As a PiRR with Episcopal Relief & Development, you will get to work closely with staff, and have access to trainings and a strong peer network. Learn more about the program and how to apply

Our dedicated PiRRs see God in the midst of disasters. We hope their life-changing stories, two of which are shared below, will move and inspire you. 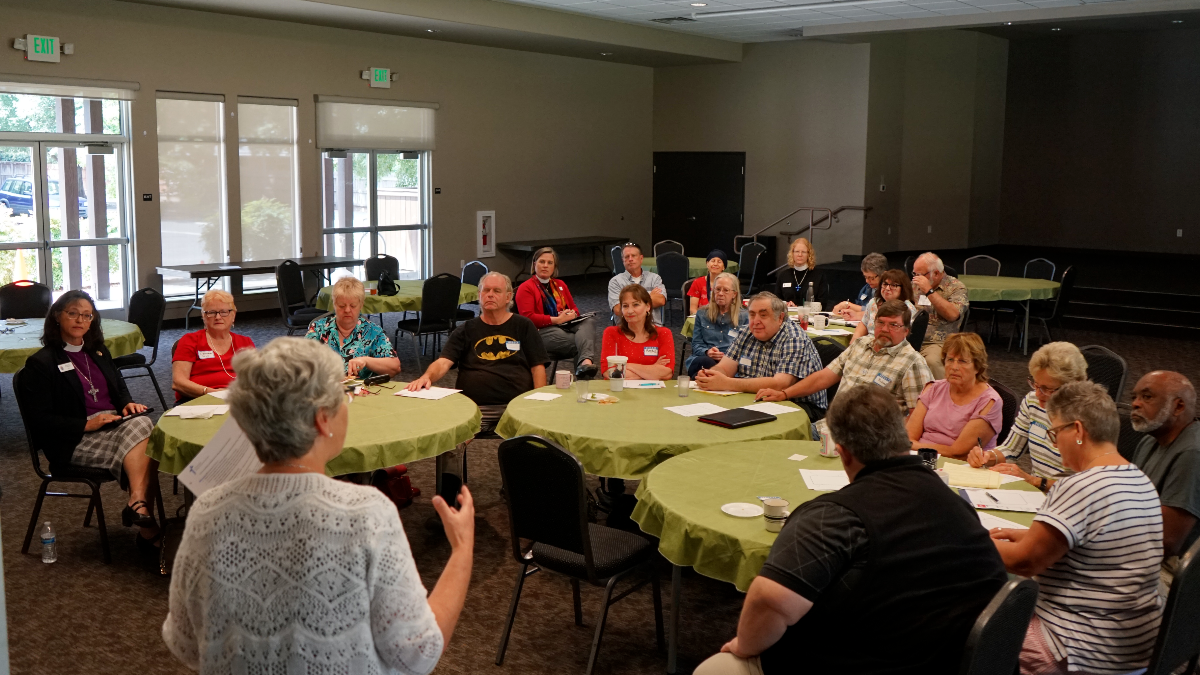 I had a profound sense of Ubuntu, a Zulu concept which means – ‘I am because you are.’

I was deployed to Vermont after Hurricane Irene. I traveled up and down the central Vermont corridor, sharing emergency supplies with the affected areas of the state. Towards the end of a very long day, I sat in the car with the two wonderful parishioners who had shown me the flooded areas in their parish. They asked if I would mind going to the top of one of the nearby mountains to check on a fellow church member who had been cut off from help when his bridge was washed away. Although the bridge had since been restored, they wanted to remind him of the congregation’s care and encouragement. I readily agreed. When we arrived at his stone house, we were greeted by a roaring fire in the fireplace and the wonderful smell of chai his wife had on the stove. She heard I was from New Orleans and asked where I attended church. I told her the name of my parish and asked if she had ever been to New Orleans. “For a few days to help after Hurricane Katrina,” she replied.  “Did you have to go to an orientation on a Monday morning before you went out to work on a crew?” I asked. She did, she said. She recognized me. I gave those orientations!

Here I was, two thousand miles from home, grateful to those who had come to my city’s aid, connecting with a stranger who also now found herself in need of help. I had a profound sense of Ubuntu, a Zulu concept which means – ‘I am because you are.’ 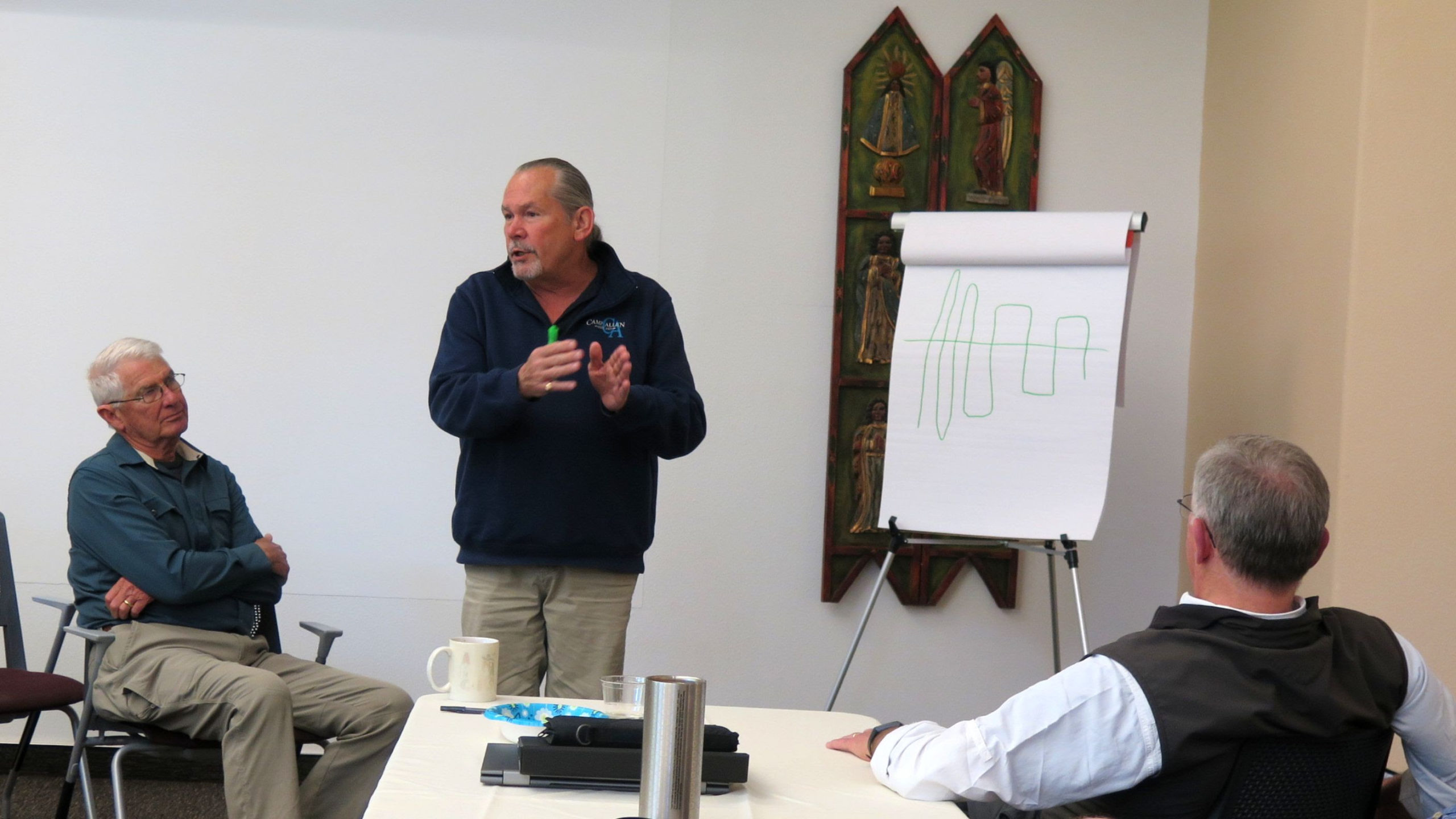 I continue to see God at work in the recovery from this disaster, in the stories of help and the dedication of the team members who help, offer services and simply listen to broken and grieving people.

The people who responded to the fire in Paradise, California were Christ’s hands and feet to those who have suffered so much loss. Since late 2018, I have participated in two deployment visits and joined a weekly ZOOM video call. After my second trip, I wanted my congregation to see the dedication of the people they worked with at the St. John’s, Chico and the Magalia Community Church. While preparing a sermon about Paul’s letter to the Colossians, I realized we could encourage the work they are doing by paraphrasing the beginning of the letter and sending it to them. About three weeks later (slow snail mail!) I got a response. It said the letter brought them LOVE.

I continue to see God at work in the recovery from this disaster, in the stories of help and the dedication of the team members who help, offer services and simply listen to broken and grieving people. As a Partner, I have also had the privilege of sharing my work with the members of the congregation I serve 700 miles away. Their support and the prayers of people they will never meet spreads the love we are called to share to bring about a peaceful and blessed world. 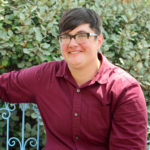 Katie Mears is the Senior Director for the US Disaster Program at Episcopal Relief & Development.

First image: The Rev. Patty Baker, Partner in Response and Resilience, facilitated training for church leaders in the Episcopal Diocese of Northern California as part of a series of workshops and debrief calls after the Paradise fires. This workshop was co-facilitated by PiRR the Very Rev. Canon Michael Bamberger. Photo Courtsey:  Jay Elmquist for Episcopal Relief & Development
Second Image: Partner in Response and Resilience, the Venerable Russ Oechsel explains the emotional toll that disasters have on individuals and communities at the annual PiRR gathering. Russ is joined by fellow PiRR members, The Rev. Canon Carl Andrews and Dave Baylor.