December 1st is World AIDS Day. It’s an opportunity to demonstrate international solidarity for people living with HIV and to commemorate the spirit of those who have died battling the deadly disease. Below is a dispatch from Rebecca J. Vander Muelen, the Director of Community Development for the Anglican Diocese of Niassa (Mozambique), a partner of Episcopal Relief & Development. ‪#‎WorldAIDSDay‬.

Rapid HIV tests have revolutionized the process of HIV diagnosis. They require only a drop of blood, and give accurate results within minutes. The first type of test we use is 100% sensitive and 99.7% specific, meaning that three out of every thousand people without HIV will have a false positive result. So before giving a client a positive diagnosis, we confirm a positive result with a second test, from a different manufacturer. Almost always, this second test substantiates that the person is, indeed, living with HIV.

But Antonia’s second test gave a negative result, and now my 17-year-old friend lives in the limbo of a maddeningly nebulous “indeterminate” diagnosis. 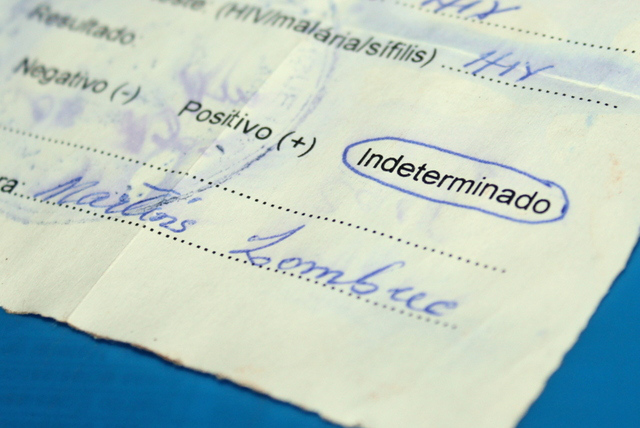 There is a good chance that Antonia does not have HIV in her body. The test looks for HIV antibodies, not HIV itself. This fact can confuse, but we explain it using the analogy of a ship traveling over a long distance. Using this analogy, a person who goes to the beach to find out if the ship has arrived is able to come to a clear conclusion (in the same way that a rapid HIV test tells us whether or not the person’s body has made antibodies to HIV). But that person might not be able to tell, from the beach, whether or not the ship has recently left its distant port (in the same way that a rapid HIV test might not be able to tell whether a person has recently contracted HIV). In Antonia’s case, we can look into the distance and see something on the horizon—but it’s hard to know whether it’s a ship or not.

This unanswered question of whether or not she is living with HIV colors Antonia’s spirit and interrupts her thoughts— as she studies for exams, travels to visit her grandparents, and chats with her classmates, who seem so free, not hampered by this all-pervasive question.

Except in rare cases like Antonia’s, this agonizing waiting game—once a standard element of getting an HIV test—is largely a thing of the past. Gone are the days when an HIV result comes weeks after blood is taken.

Also gone are the days when a positive HIV result means a probable painful and torturous journey and, ultimately, an agonizing death. 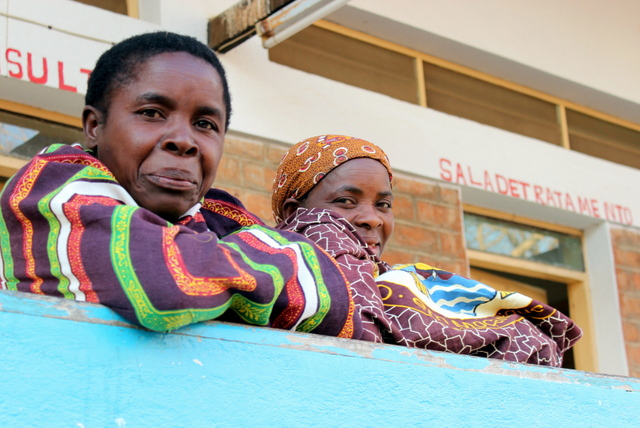 These are the days when it is truly possible to live well with HIV, and not just bide one’s time.

These are the days when—given adequate human resources, adequate supply and distribution chains, and adequate patient understanding and family support—people living with HIV do not die from HIV.

These are the days when just one tablet every twenty-four hours can reduce HIV to undetectable levels.

Unfortunately, progress in the development of human capacity and of distribution systems has not always kept pace with pharmaceutical advances. The medicine works, but it also needs to be available and someone also needs to know how to prescribe it well. So these are the days when HIV activists still have an enormous role to play.

I am honored to work alongside HIV activists who continue explaining how HIV is spread, because yes, there are STILL people who do not have accurate information about how HIV is transmitted, and live in unnecessary fear of air-borne or skin-borne infection.

I am honored to work alongside HIV activists who convince their neighbors—and their priests and bishops—that getting an HIV test is a respectable, prudent, and wise choice for all of us, and not an embarrassing suggestion of behavior deemed disreputable. 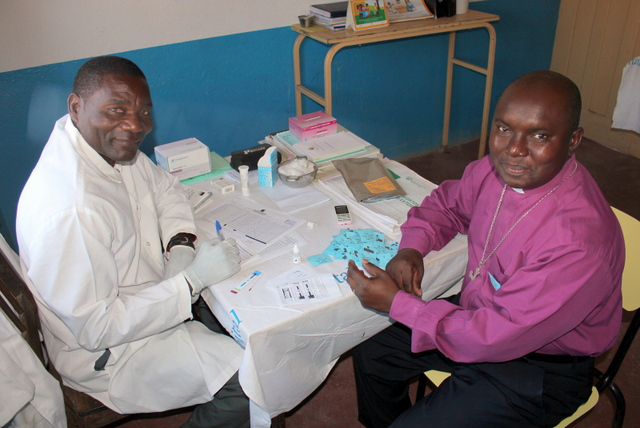 I am honored to work alongside HIV activists who creatively attract and teach large groups through locally contextualized theater. 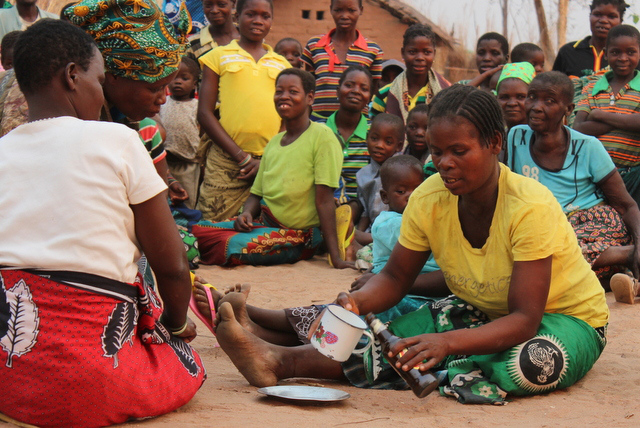 I am honored to work alongside HIV activists who hike to communities that are unreachable by cars and by motorcycles and even by bicycles to deliver medication to people living with HIV. 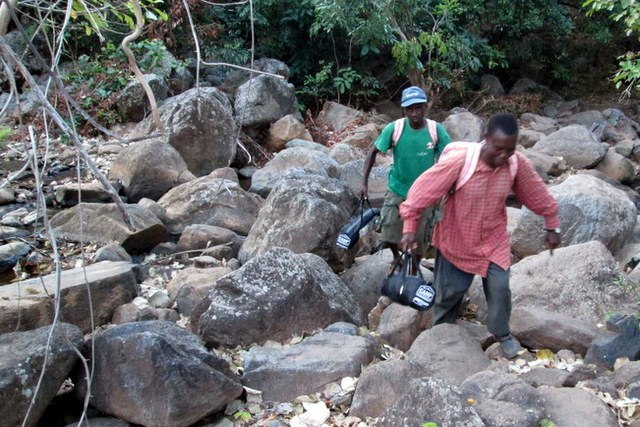 I am honored to work alongside these 5000 HIV activists—these activists who fuel hope, and who live out grace in a context too often marked by shame.

Shame keeps us from getting an HIV test, keeps us from openly seeking treatment, and keeps us in silence. Shame feeds secrecy, resentment, and isolation. I imagine shame is a factor in a majority of Mozambique’s 200+ daily AIDS-related deaths and 250+ daily new HIV infections.

But grace—seeing the beautiful in others and ourselves, and, in so doing, calling it out even more emphatically—is shame’s antidote. 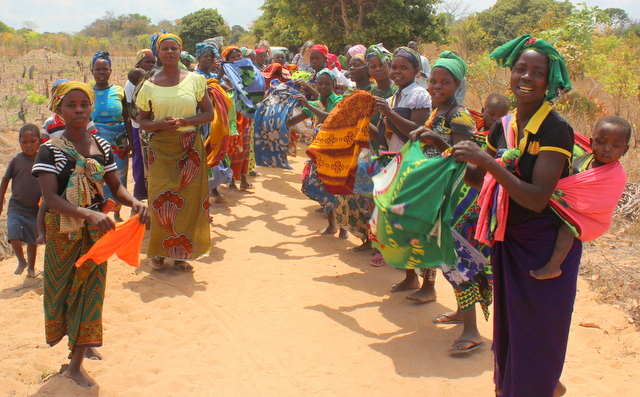 Antonia’s biggest concern—if she does end up with a positive result—is not that she’ll be ill, and not that she’ll have the hassle of a daily medication. Her biggest concern is that her parents will be angry and disappointed. Antonia recognizes she made an unsafe choice. But wallowing in shame, and its sister, fear, would give HIV the upper hand.

I know fear, and I know its irrationality. The first time I went to get an HIV test, I presented myself to the receptionist and then fled the clinic before I was called into a counseling room.

If Antonia’s next results come back negative, we will talk through strategies for staying that way. I will love her.

If her results are positive, I will tell her what I have told many before her: you are exactly the same person as you were an hour ago. You’ve learned that you’ve got a virus in your veins. And you are still you.

You are still Antonia. The same Antonia you have always been. You are spunky and vivacious. You are compassionate and nurturing. You are reliable and trustworthy. You are not HIV.

We will love Antonia. We will love her parents. We will walk alongside her parents as they love their daughter, and learn—even with a positive result—that she is the same person they have always known. We will proclaim that love is stronger than HIV.

May we choose to love.

Rebecca J. Vander Muelen is the Director of Community Development for the Anglican Diocese of Niassa (Mozambique), a partner of Episcopal Relief & Development. This story was originally published on her blog Views from Mozambique and can bee seen here: http://rvmphotography.com/2015/12/01/world-aids-day/