Home | Stories | Zadock and Luke: A Passion for Fatherhood

Zadock and Luke: A Passion for Fatherhood

I visited two dads in Kenya recently. In fact, I stayed overnight in their homes. Both men and their families participate in programs managed by our partner Anglican Development Services (ADS), Nyanza, and I was there to see it up close. The programs were impressive, but it’s these two dads whom I’ve been thinking about this week leading up to Father’s Day.

Luke Ouma Karan is a teacher in Western Kenya. Luke, his wife Wilikister and adult son Kenneth opened their home to me in Opanga Village. 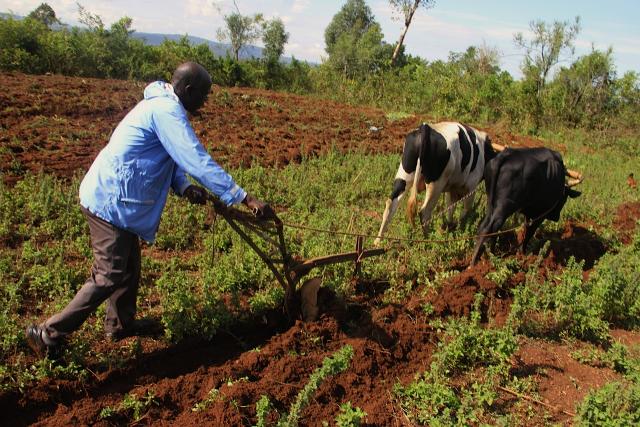 Luke and I were born the same year, which he found quite amusing. (I think he thinks he looks much younger than I.) Luke is a teacher and lifelong resident of Opanga where he’s taught a couple of generations of students. Everyone knows him. I asked him which subjects he teaches.  “All of them, “ he said laughing.

Come to think of it, Luke laughed constantly. He laughed at our conversational difficulties, even though his English is vastly superior to my nonexistent Luo. He laughed as he introduced me to students and former students everywhere we went. Luke’s demeanor and kindness have no doubt helped his family overcome the accidental death of their other grown son a couple of years ago. Luke’s brother and mom live nearby. Together, they raise maize, a few vegetables and chickens. Luke is also leading an effort to rebuild the family’s church, which is just down the road. 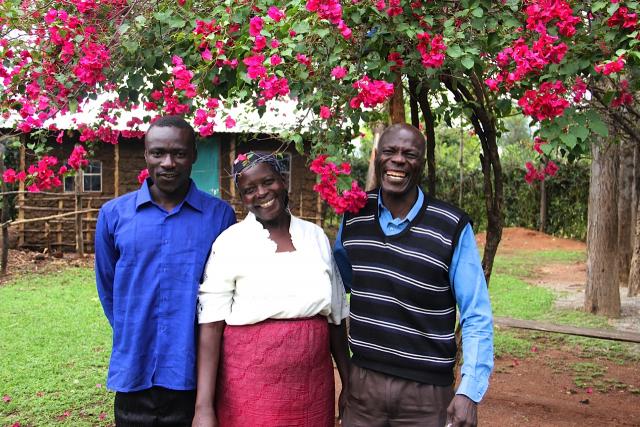 A couple of hours south, near the Tanzanian border, Zadock Awuonda, his wife Mary and their four children hosted me in their home in God Jope, Migori County.  Zadock works with wood, crafting furniture that fills his house and the homes of relatives and friends. His family attends church each week, worshipping in the morning before visiting fellow members in the afternoon.

Zadock took a cue from his wife Mary when he decided to join Episcopal Relief & Development’s Passion Fruit Farming Project. Mary made enough extra money to buy several goats, important family financial assets on their farm. That made Zadock think he should get involved as well. He showed me how he trains the young plants to grow, carefully pruning and shaping the vines every morning and afternoon. 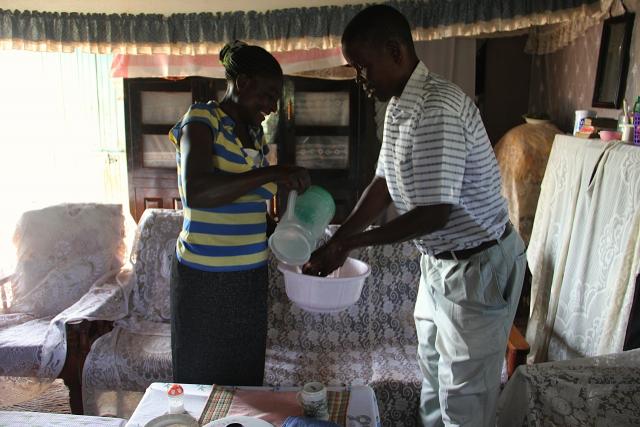 The extra earnings from passion fruit will go a long way to helping educate their four children, the oldest of whom will attend college this fall.

The night I visited his family, Zadock brought all four of his children into the main room of their modest house. I spoke with each one for a few minutes. They ALL love math and science. I asked where that skill came from. They pointed to Zadock, whose smile was as bright as the kerosene lamp that illuminated the room. 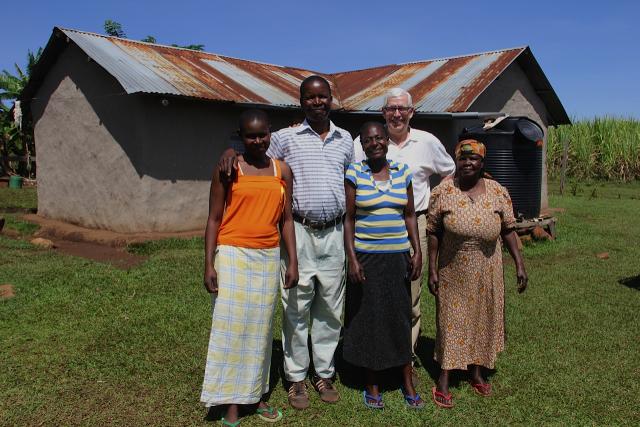 Our lives are very different in some ways. Mine is suburban. Theirs rural. The rhythms of my life seem dictated by electronic gadgets that beep and prompt at all hours. Their families move to an agrarian clock that begins before sunrise when children and teachers, woodworkers and farmers get started early.

Their mothers and brothers live up the hill, next door and just down the road. They often share meals together. My parents and brother are a plane ride away and I’m lucky to see them once a year.

But we do have many of the same dreams and very similar values: feed and educate our families; keep them healthy; worship and give thanks for the blessings we have; and show our kids how to make their own way in the world. It’s a good job to have.