Home | What We Do | Integrated Approach | 16 Days of Activism Toolkit | ACTION 8: DIALOGUE ON HIV/AIDS AND DISCRIMINATION

ACTION 8: DIALOGUE ON HIV/AIDS AND DISCRIMINATION 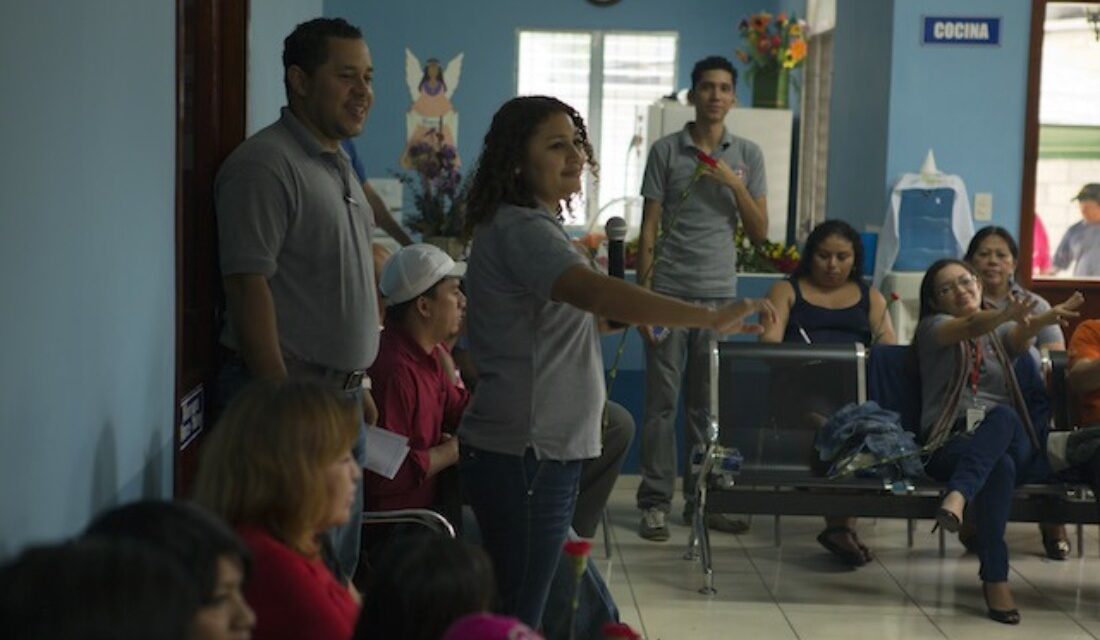 Do not fear, for I am with you, do not be afraid, for I am your God. I will strengthen you, I will help you, I will uphold you with my victorious right hand.

Every year on December 1, millions of people come together to commemorate World AIDS Day. It’s an opportunity for people worldwide to advocate for the rights of people living with HIV and to memorialize those who have died from an AIDS-related illness. Founded in 1988, World AIDS Day was the first international day for global health. Since then, awareness has grown about the links between vulnerability to gender-based violence (GVB) and HIV/AIDS.[4]

Siempre Unidos is a ministry of the Episcopal Diocese of Honduras supported by Episcopal Relief & Development. Operating in Honduras since 1999, this organization focuses on clinical and community-based services, advocacy and outreach for people living with HIV and communities vulnerable to infection as a result of their marginalization, such as commercial sex workers, incarcerated populations and transgender youth. Siempre Unidos successfully reached UNAIDS 90-90-90 Campaign goals, with 91% of its patients maintaining suppressed viral loads.[5] Concerning outreach, Siempre Unidos created a support group for those living with HIV/AIDS to support their medical and psychosocial needs better.

The incidence of GBV against people living with HIV/AIDS, sex workers and LGBTQ populations in Honduras is extreme, and Siempre Unidos’ ministry is vital.

Read more about the work of Siempre Unidos. Finally, you can join global activists commemorating World AIDS Day by wearing a red ribbon, the universal symbol of awareness and support for people living with HIV.