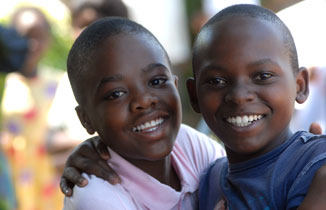 The Millennium Development Goals (MDGs) were established in 2000 to reduce the number of people who live in extreme poverty by 2015.  These eight goals were developed by the international community, including leaders from 191 countries. They have also been endorsed by development institutions and religious bodies worldwide.

For more information, read InterAction’s paper on the MDGs and the international development community’s ongoing commitment to these goals.