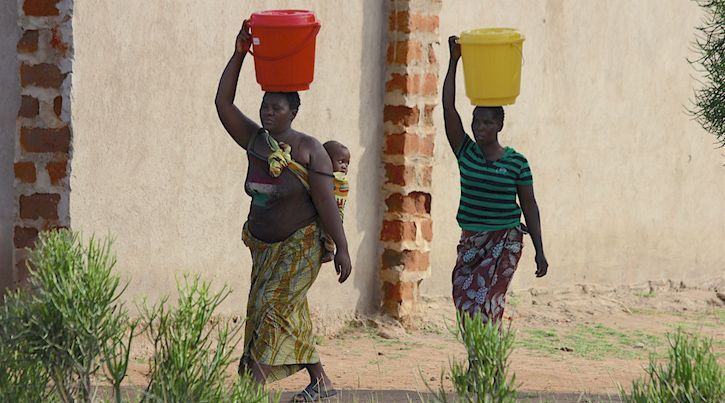 The outbreak first began in October 2017 and is spreading rapidly throughout the country. So far, over 3,800 people have contracted this infectious disease and 83 deaths have been reported.

ZACOP is distributing critical supplies in impacted communities such as chlorine for water purification, soap, water buckets, water pumps and new latrines. Wells and latrines are being monitored and inspected for any signs of cholera. Church partners are providing tips on awareness and prevention through drama performances and door-to-door visits. Early Childhood Development Centers are adding special handwashing facilities throughout the region as a result of this public health emergency.

“ZACOP is playing an important role in identifying gaps by utilizing their wide grass-roots network,” said Nagulan Nesiah, Senior Program Officer for Disaster Response and Risk Reduction at Episcopal Relief & Development. “The Church is very involved in these communities and we will continue to coordinate with them in the days ahead.”

Cholera bacteria lives in contaminated water, food and undercooked seafood. It can be treated with oral rehydration solutions, intravenous solutions and antibiotics but can be deadly if not treated within 12 hours of exposure. The most common risk factors include poor sanitation and lack of access to clean water. News outlets are reporting that the outbreak in Zambia may be linked to contaminated wells.

Residents of Lusaka and other cities and towns in Zambia have been affected by the outbreak. Public markets, restaurants and other establishments have been forced to suspend their operations, leaving many without a source of income and money to buy food and other necessities. Schools were shut down to prevent the outbreak from spreading. Tourism has been curtailed for fear of contagion.

“We are keeping impacted communities of Zambia in our thoughts and prayers,” Nesiah said.

Donations to the International Disaster Response Fund will help those affected by cholera in Zambia and other crises worldwide.