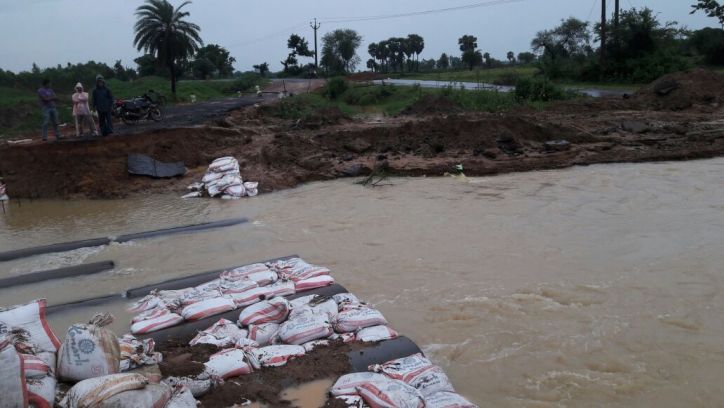 The West Bengal Disaster Department described the situation as grim. More than 2.5 million people living in 11,250 villages are affected and over 40,000 are now homeless.

According to The Times of India, 34 people lost their lives. Buildings and roads lie submerged under water while crops, livestock and food grains have been destroyed. The loss of homes and personal belongings, damaged or demolished by floodwaters, left many seeking shelter in office buildings and schools with unsafe drinking water and limited food supplies.

In partnership with the Diocese of Durgapur, Episcopal Relief & Development is responding to the current crisis. The diocese is coordinating relief activities and providing support for 200 families in 14 villages in Sarenga in the district of Bankura. They are distributing  tarps as temporary shelter, emergency food and clothing.

Nagulan Nesiah, Senior Program Officer, Disaster Response and Risk Reduction with Episcopal Relief & Development, said that “For the second time in two years, the most vulnerable members of these communities have been impacted. Our church partner, the Diocese of Durgapur, swiftly mobilized its resources and local networks  to respond. While the floodwaters are starting to subside, the relief phase will be a long one.”

Please pray families and communities affected by for those who lost their lives in the the floods in West Bengal, those who are impacted, and those ministering to their humanitarian needs.

Donate to the International Disaster Response Fund to help support communities devastated by flooding in the West Bengal region of India and other emergencies worldwide.