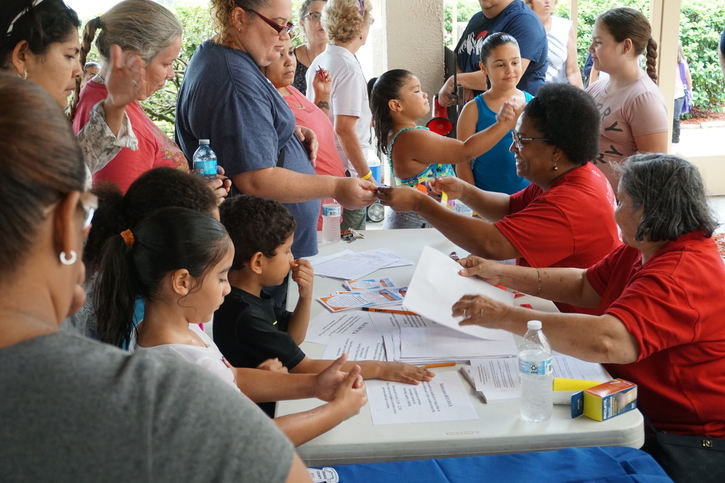 After Hurricane Maria, the Episcopal Diocese of Central Florida became a key player in serving displaced families from Puerto Rico. The Abuelitas volunteer program connects Spanish-speaking “grandmothers” from local churches with displaced families to help them apply for services and to offer advice on adapting to the new environment. Working with over 100 families, the diocese offers housing assistance, job training and other forms of support as part of this program. Two years after Hurricane Maria, the exodus to Central Florida continues. According to the U.S. Census Bureau, the Puerto Rican population in Central Florida has jumped 12.5% post-Hurricane Maria, and families are still arriving every day. Right now, The Episcopal Church is one of the few direct services providers to Maria survivors left in Central Florida. Episcopal Relief & Development has supported this program since 2017.

The Rev. Jose Rodriguez is the rector of Iglesia Episcopal Jesús de Nazaret in Orlando, FL. We had a chance to sit down with him and discuss how under his leadership, the Diocese of Central Florida has been able to meet the needs of its displaced neighbors by simply playing to their strengths and cultivating relationships.

Episcopal Relief & Development: Since Hurricane Maria, you have been working with families from Puerto Rico who have been displaced, helping them to adapt to Orlando. How did you get involved in this work?
Father Jose: We have been connected with this work simply because our church is in the geographical area near many of these displaced families. Once they land at Orlando airport, our church is only 15 minutes away.

Episcopal Relief & Development: What about your church made you a good fit for helping displaced people after Hurricane Maria?
Father Jose:  We knew and understood our assets as a congregation. Episcopal Relief & Development is always talking about asset mapping and knowing what you have to offer. During Maria, we quickly realized that we had the cultural competency to work with the Latino community.

Episcopal Relief & Development: Can you share more about what you mean when you say cultural competency?
Father Jose: By that I mean, your team has to include people who understand the culture, not just respect it. You should know how to communicate cross-culturally. One of the biggest barriers we’ve seen in the community is when other organizations set up, have adequate resources to respond and are ready to serve, but don’t have a means of communicating with, reaching out and appealing to people impacted by the crisis. You have to be able to engage and connect with people if you want to serve them. 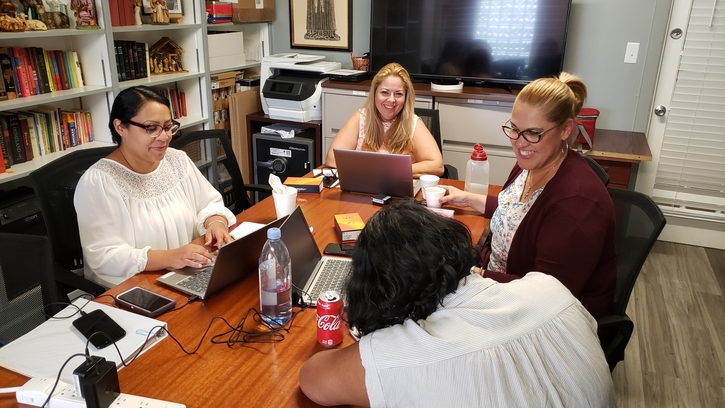 Episcopal Relief & Development: Can you provide an example of how you maintained cultural competency in your program?
Father Jose: One of the things we’ve done to maintain our cultural competency is using some of the funds from Episcopal Relief & Development to employ Hurricane Maria survivors to serve the needs of other survivors. We have experienced the impact of migration; we have our own migration stories. I haven’t been displaced by a hurricane but my family emigrated from Puerto Rico to Hartford, Connecticut. We hired individuals with similar experiences to support their fellow displaced community members. It’s been key to our success.

“Don’t wait until a disaster gets you ready, but prepare ahead of time.”

Episcopal Relief & Development: What else do you feel was critical to your success?
Father Jose: After a disaster, everyone wants to start developing relationships, when actually, before a crisis is the best time to start connecting to community groups. A couple of years before Maria, we joined Vamos4PR. It was a coalition of 40 independent organizations that serve the needs of the Latino community and other immigrant groups. We found two or three trusted partners and built individual relationships with them over time. We attended their events, had coffee, went to any programs they had, just to be part of the community. And, when Maria happened, they remembered us. Today, we continue to work with Vamos4PR and another organization called Pa’lante por Mas, focusing on local efforts of resettling newly arrived families. 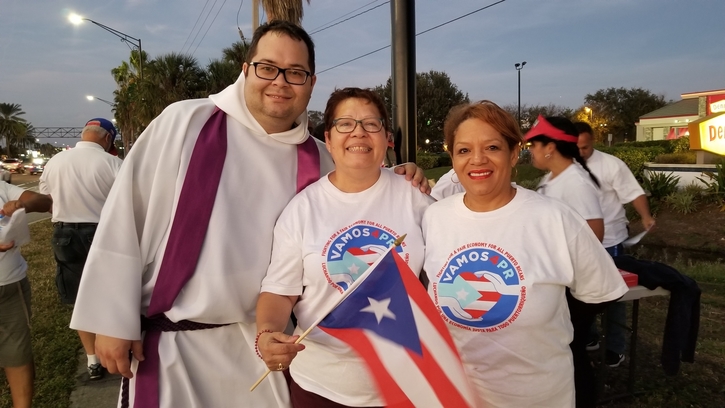 Episcopal Relief & Development: Nice! That’s a good example. We always remind churches to consider what people they are connected to. Many don’t realize that relationships are the most important thing when it comes to disaster response.
Father Jose: I challenge all churches out there to take inventory not only of what they have to offer, but also see who is serving alongside their congregations. Don’t wait until there’s a disaster. That’s not going to work. Be part of the community ahead of time—attend school board meetings, help children get school supplies, join community foundations as a partner, etc.

Episcopal Relief & Development: Aside from other churches and community organizations, where else should church leaders be forming relationships pre-disaster?
Father Jose: Well, we have a great relationship with the local water supervisor. We also have connected with our state representatives, state senators and commissioners. They’re actually the ones that make decisions that have an impact on your local community.

Episcopal Relief & Development: As we wrap up, we want to focus on a few key tips and reminders. You mentioned cultural competency, building relationships, knowledge and experience…what other advice would you give to church leaders who want to have a successful and impactful disaster response?
Father Jose: Don’t wait until a disaster gets you ready, but prepare ahead of time. Look inward, see what you have to offer, and see the communities you have access to. Look at your facilities and spaces, envision your facilities as a place for people to gather. Look at your outreach, can your current outreach meet needs? In addition, The Episcopal Church has a lot of property and assets. I am sure a community organization would love to partner with any of our parishes, especially congregations that are centrally located in downtown areas. You also may find other groups willing to do the work alongside you and they may be able to fund it as well.

Episcopal Relief & Development: Father Jose, thank you for having this conversation with us. You are helping so many church leaders to reimagine disaster response. We will continue to pray for you and your ministry.

The Rev. Jose Rodriguez is the rector of Iglesia Episcopal Jesús de Nazaret in Orlando, Florida and leader of the Hurricane Maria long-term recovery program in the Episcopal Diocese of Central Florida. Father Jose recently accepted a Change Makers Impact Award from the United Way in Central Florida.

First image: An Abuelitas program volunteer and a church member work together to sign up members of the community for the Back to School Bash; Second Image: Church partners work together to coordinate efforts for the Hurricane Maria long-term recovery program; Third Image: Father Jose and members of Vamos4PR rallying for displaced Puerto Ricans families to obtain the extensions granted for emergency housing in Orlando.
Photo Courtesy: The Episcopal Diocese of Central Florida