The 2017 Atlantic hurricane season emerged as the most damaging in recent history with Hurricanes Harvey, Irma and Maria causing destruction throughout Florida, Texas, the Virgin Islands, Puerto Rico and other parts of the US and Caribbean. As we enter into the Season of Resilience we are reflecting on that period, long-term recovery and disaster preparedness. To start, read this story from Tina Beazer from the Virgin Islands as she looks back on Hurricane Maria. #SeasonofResilience

Two days after Hurricane Maria touched down in St. Croix, US Virgin Islands, I already had cabin fever. I had stayed indoors the entire day before, and immediately after the storm – because, frankly, I was scared. I live at the corner of two intersecting streets—one of which is a major traffic artery—and traffic was practically nonexistent just before and right after the storm. The governor had made announcements on the radio asking citizens to stay off the roads, and a curfew had been instituted. We could all see the devastation the storm wrought just by opening our windows or doors, so there was compliance with the governor’s request for the most part. There were downed trees, electrical and telephone poles, and even roofs from several buildings. 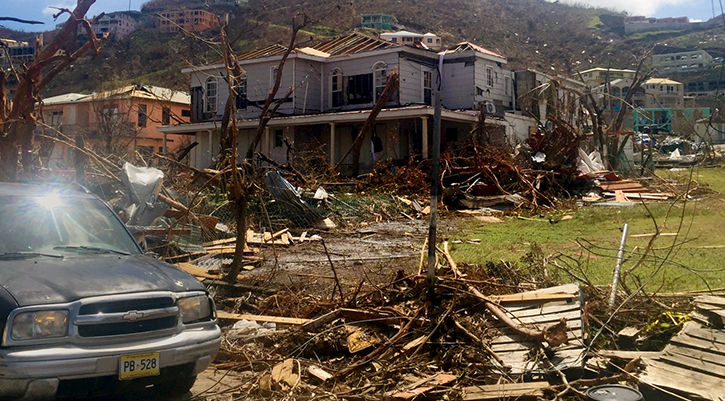 There was also an aura of sadness that permeated the community because, in addition to the condition of St. Croix, our sister islands, St. Thomas and St. John had gone through a similarly harrowing experience just one week prior with Hurricane Irma. Such back-to-back occurrence of two major hurricanes devastating the US Virgin Islands could not be recalled by anyone living in recent history. So far as we could recall, at least one island had always been spared during a hurricane, and was thus there to provide moral support to the others—if nothing else. This double catastrophe left our communities stunned at least, paralyzed at worst. Yet, we all knew we had to get out of the doldrums. It would take all of us collectively to re-energize and rebuild our island-home.

Several days later, I learned that the major roads had been cleared of debris and saw that vehicles and pedestrians were back on the road, except during curfew hours. I took a trip to my church, St. John Episcopal. Our priest informed me that our companion diocese, the Episcopal Diocese of Alabama had contacted us. They let us know they would be sending down water, food and toiletries to help with immediate needs. As Senior Warden, I arranged for several women from the congregation to gather and assist with unpacking, packaging and distributing the donated supplies. 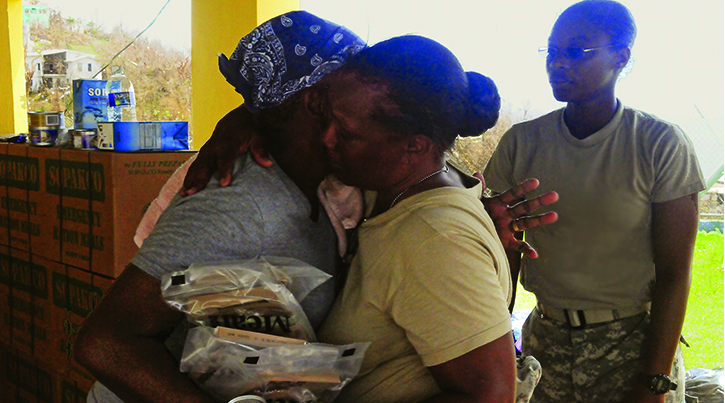 We received assistance by way of an Episcopal Relief & Development emergency grant just a few weeks later so that we could continue to address the need for fresh food for the neediest people in our community. This was a welcomed gift, as many of the seniors found the Meals Ready to Eat (MREs) that were being distributed by the government difficult to consume for two or three meals daily. We distributed gift certificates so that the recipients could purchase fresh vegetables and fruits, as well as dairy and small portions of fresh meat. These were prized commodities during the first month or two following the storms. During that stage of the recovery, the Red Cross, who I was also volunteering with, was receiving donations of snacks, water and clean-up supplies that I helped distribute daily. It was a tremendously gratifying feeling to be able to help my community during one of the most trying times in our history. 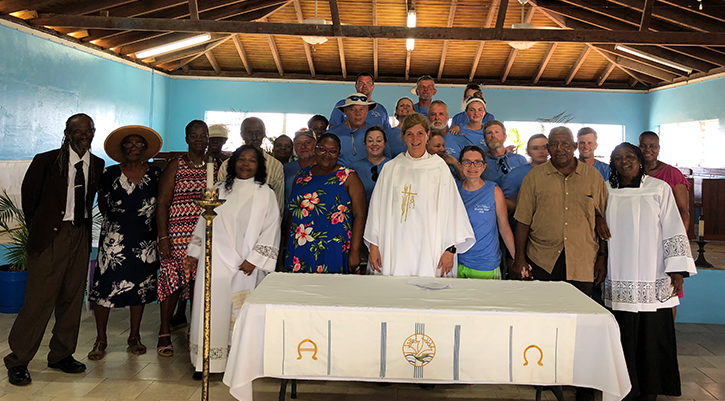 Today, I am the Director for the Episcopal Diocese of the Virgin Islands Long-term Recovery Program. We have come a long way since those first few weeks after Maria, but there are still many with unmet needs. In continued partnership with Episcopal Relief & Development, we are mobilizing case managers for both the US and British sides of the Virgin Islands to serve elderly people and low-income families, establish a Disaster Risk Reduction & Management committee and to increase our resiliency by creating preparedness plans and practicing them. 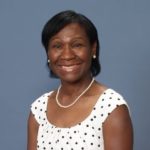 Tina Beazer is Director for the Episcopal Diocese of the Virgin Islands Long-term Recovery Program.