Reaching Neighbors Near and Far

When I arrived at Grace Church in the Mountains, I heard several parishioners say with pride: “All of our outreach efforts benefit the local community.” Three years later, our giving outreach benefits neighbors near and far through Episcopal Relief & Development. Led by the Holy Spirit who nudges us into new dimensions of God’s mission and love, this expansion has been a deliberate ongoing process that includes education about stewardship and pressing social issues, the alignment of our finances with our beliefs, and leadership development.

Nestled in the Southern Appalachians of Haywood County, NC, Grace Church is geographically isolated. Perhaps, for this reason, the region has a strong sense of obligation to “care for our own.”  Folks who have moved here to retire or have second homes want to “do something” and can’t help noticing the economic disparity between themselves and many locals who struggle to overcome generational poverty. Understanding my ministry context helped me appreciate the underlying motivations that led Grace Church’s stance on local giving. Yet, I also wondered how conscious that choice was: Did they oppose giving beyond their neighborhood on principle?  Or, were they not able to look beyond all the need here?

Why We Developed a “Local Only” Mentality

The Bible regularly talks about offering God the first-fruits of our harvest, but—inadvertently, I believe—our actions showed that giving away our left-overs was good enough.

For years, the parish’s outreach efforts were solely generated by an annual fair, which was like a large and well-organized garage sale that only benefited local charities. The fair had many benefits, including deepening fellowship among parishioners and generating several thousand dollars for charity. But when outreach money is generated by one fundraising event, the implicit message is to give away what is left-over, rather than giving proportionally based on operating income.

Aligning Our Finances with Our Spiritual Beliefs

Several questions emerged for me as a new rector: How had financial decisions been made? How transparent was that process? Had the parish received any consistent teaching about Christian stewardship? The financial statements were hard to understand and not widely distributed. Additionally, there had been little emphasis on stewardship education, nor explicit connections made between money and mission.

Just before I arrived, the Vestry recognized a need to work on these issues. They committed to a three-year stewardship education program and decided to include outreach (ministry benefiting those beyond the parish) in their operating budget and, remarkably, to increase the percentage dedicated to outreach annually.

At the parish-level, we model the commitment we ask our parishioners to make: give proportionally based on the income God gives us to steward. Now all of our members support outreach, not just those who volunteer with the fair.

We’ve also begun supporting on-site ministries, like our Giving Garden and Food Pantry, from our operating budget rather than from interest earned on a bequest which had left us vulnerable to market fluctuations. In good stock-market years, we didn’t give as much as we could have. In bad years, we’d worry about where to find additional dollars to keep the pantry open. Now we’ve made a firm commitment to “give off the top” to keep our on-site outreach ministries going, freeing up earnings from our endowment to expand our giving radius. 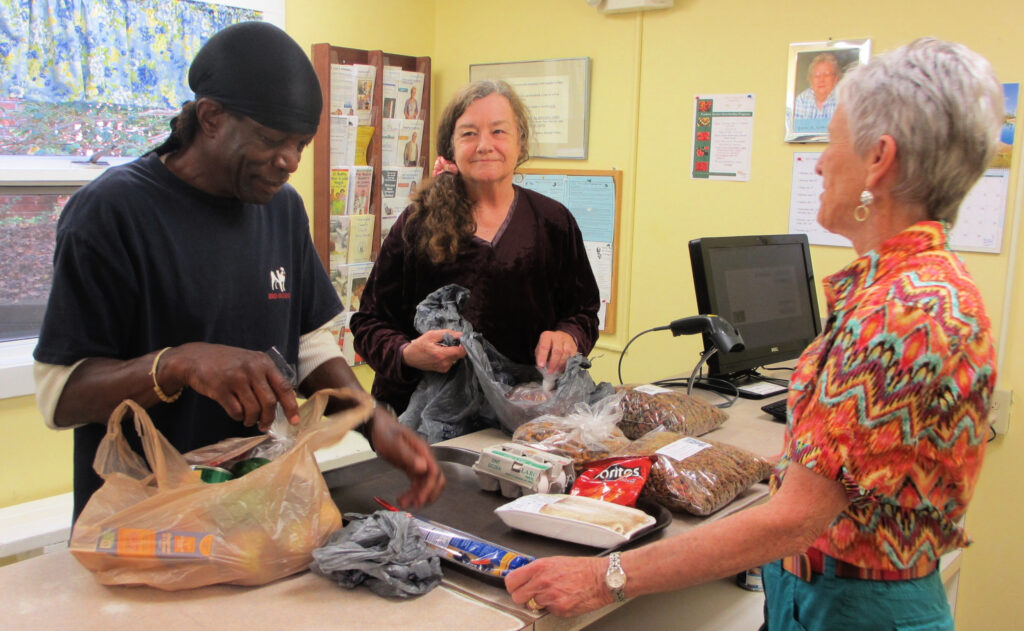 Alongside these critical shifts in financial management, the Vestry has been intentional about diversifying our committee leadership, ensuring a mix of newer members along with those who are able to explain “why we’ve always done it this way” – or not! The “Social Issues Forums,” thoughtful education about pressing social issues, was born from this new mix of voices.

Reaching Neighbors Near and Far

Since our Vestry Retreat in January, parishioners’ giving has exceeded our expenses and the earnings on our endowment were fantastic. Because we no longer fund our on-site ministries with earnings from the endowment, we were able to give away those proceeds. And true to our proportional giving model, we gave a portion of our operating budget surplus away as well.

Our gift shows a “both/and” approach to giving. We remain committed to reaching neighbors near and far.

God’s love for all God’s children knows no bounds, neither should ours. 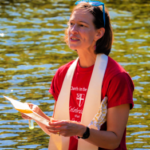 The Rev. Joslyn Ogden Schaefer has served as the Rector of Grace Church in the Mountains for four years. Prior to that she was the Associate Rector at St. Peter’s in Charlotte, NC. Beyond the parish, she stays busy serving on a number of non-profit boards and, most importantly, raising two young children who keep her humble.