Home | What We Do | Integrated Approach | 16 Days of Activism Toolkit | ACTION 3: DIALOGUE ON GIRLS’ EDUCATION 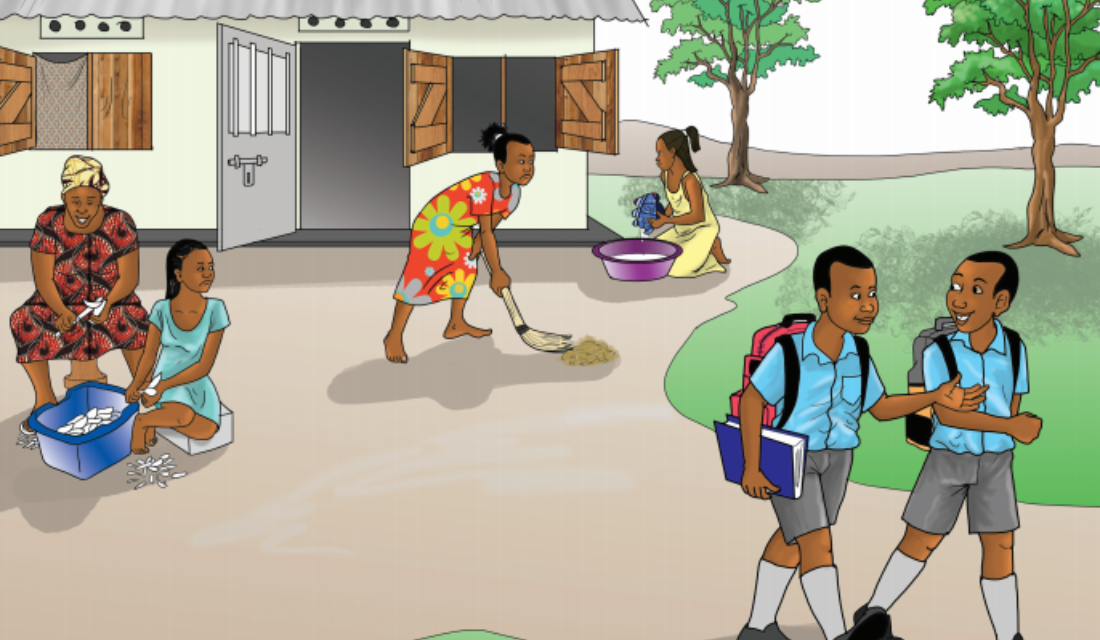 Strength and dignity are her clothing, and she laughs at the time to come.

Episcopal Relief & Development’s Violence Against Women and Girls program in Liberia, a partnership with the Episcopal Church Liberia Relief and Development (ECLRD), convenes faith leaders for dialogue and reflection on religious, social and cultural practices and beliefs that can undermine or uplift women and girls’ strength and dignity. A crucial tool for facilitating thoughtful and challenging reflections is the Fact, Association, Meaning and Action (FAMA) tool. FAMA is a behavior-change communication tool presented as a set of visual cards used to assist faith leaders, women, girls, boys and men in identifying and understanding various social phenomena that affect women’s and girls’ freedoms. Most cards depict discrimination against girls to emphasize links between early socialization and subsequent abuses such as intimate-partner violence.

FAMA trainings foster a deepening engagement around socio-economic factors that inhibit the education of girls, such as early pregnancy and sexual abuse and harassment by teachers and peers. The FAMA cards have led to scrutiny and challenges to long-held sentiments such as: “If you invest in a girl’s education, she will simply be married off and your investment will be wasted.”

Review the images of the FAMA cards themed “education for girls” and “sex for grades,” found here. Then engage your community in a dialogue in response to the questions the cards pose.