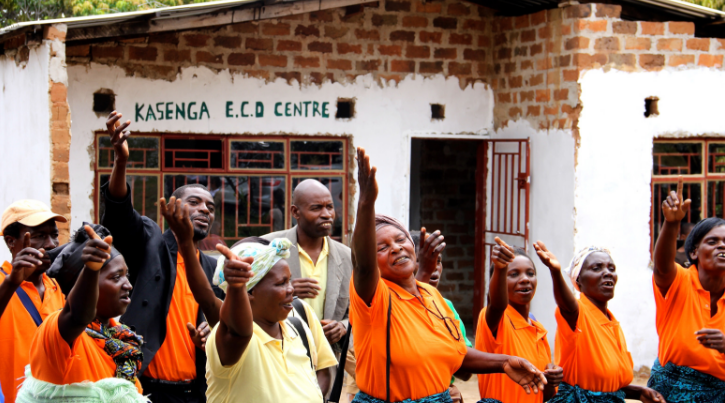 Episcopal Relief & Development celebrates the 15th anniversary of the organization’s Lenten Meditations with inspiring selections from previous years that highlight the incredible depth and insight provided by leaders from around The Episcopal Church and the Anglican Communion. The booklets are now available in both English and Spanish at www.episcopalrelief.org/lent.

“Over the past 15 years, we have worked with hundreds of brilliant writers,” said Sean McConnell, Senior Director of Engagement for Episcopal Relief & Development. “They each have brought spiritual depth and deeply personal reflections to these meditations, so the selection process was not easy. We could not possibly share all of the best meditations, but it is our hope that the 2019 offerings provide at least a sample of some of our inspiring writings from the past.”

The Episcopal Church first designated Lent as a time to remember Episcopal Relief & Development’s response to global issues at General Convention in 2009. The Church also encourages congregations to observe Episcopal Relief & Development Sunday on March 10, which is the first Sunday in Lent, or at another convenient time during the season. For additional planning guides and resources, go to www.episcopalrelief.org/Sunday.

“Lent is a time when we look for the deeper connections to our faith,” said Josephine Hicks, Vice President, Episcopal Church Programs for Episcopal Relief & Development. “In this book, we have returned to past meditations that have touched our readers most deeply.”

To have printed copies of the Lenten Meditations by Ash Wednesday, March 6, orders must be received by Forward Movement by Tuesday, February 19. Orders may be placed by visiting www.ForwardMovement.org or calling 1.800.543.1813. Lenten booklets and other resources including hope chests, pew envelopes, bulletin inserts and special prayers are available.

To learn more about ordering Lenten Meditations and other materials or planning an Episcopal Relief & Development Sunday, visit www.episcopalrelief.org/Lent. Supporters are also invited to sign up for daily email meditations in English and Spanish.