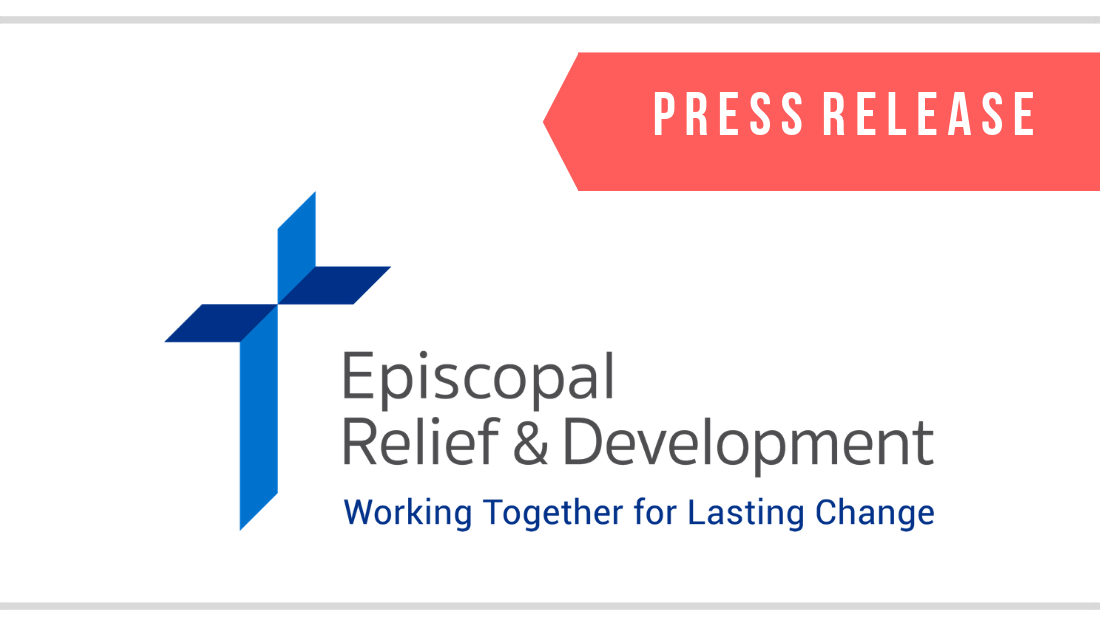 Episcopal Relief & Development is pleased to announce the election of four new members to the Board of Directors. The Rt. Rev. Jennifer Baskerville-Burrows, Mr. Michael Carscaddon, Mr. Kenneth Jones II and Ms. Karen Longenecker joined the organization’s Board of Directors effective January 1.

“The depth and breadth of experience, expertise and commitment to the mission of Episcopal Relief & Development that these new board members bring to the table is inspiring and will be invaluable as the organization continues to evolve and move forward,” said Teri Lawver, Chair of the Board of Directors. “Their input will be integral as the organization develops the next strategic plan, which will guide our work to create sustainable lasting change in the lives of the most vulnerable in the coming years.”

The Rt. Rev. Jennifer Baskerville-Burrows is the 11th bishop of the Episcopal Diocese of Indianapolis. She has also served in the dioceses of Newark, Central New York and Chicago. She is the first Black woman to be elected a diocesan bishop in The Episcopal Church. Bishop Baskerville-Burrows brings a wealth of expertise, including historic preservation of religious buildings, stewardship and development, race and class reconciliation and spiritual direction.

Mr. Michael Carscaddon is Executive Vice President of Administration and Chief Financial Officer at Habitat for Humanity. In his twenty-five years with the organization, he has served in a variety of roles, including leading Habitat’s International Field Operations where he was responsible for directing and supporting Habitat for Humanity’s work in 70 countries outside of the United States. Additionally, Mr. Carscaddon serves as Chair of the Board of Directors and Investment Committee for Habitat’s MicroBuild Fund.

Mr. Kenneth Jones II is a finance & business professional with over 25 years of proven success and leadership abilities with international experience in Latin America, Africa, Asia and Europe. He is currently Vice President, Chief Financial Officer of the John D. and Catherine T. MacArthur Foundation and has served on numerous boards including Lutheran World Relief and the Association of Black Foundation Executives.

Ms. Karen Longenecker, MA, LCSW, IMH-III is a clinical social worker at the University of New Mexico’s Center for Development and Disability. Ms. Longenecker has diverse experience in early childhood and infant mental health. Her work currently focuses on supporting high-risk parents and children who suffer from addiction and trauma. She has deep ties to The Episcopal Church, having served as the Chair of the Joint Standing Committee on World Mission of the Church’s Executive Council. Her experience in The Episcopal Church includes involvement in international and ecumenical affairs, women’s issues and work within the Anglican Communion.

“Bishop Jennifer, Mike, Ken and Karen will be tremendous assets to the Board of Directors,” said Rob Radtke, President & CEO, Episcopal Relief & Development. “I am thankful to them, Teri and the rest of the board for sharing their gifts, expertise and knowledge to further the organization’s work in the priority areas of women, children and climate, particularly in light of the COVID-19 pandemic.”

Episcopal Relief & Development, a 501(c)(3) operating under the General Convention of The Episcopal Church, is governed by a Board of Directors that includes clergy and lay leaders from around the country. New board members are nominated by the Presiding Bishop of The Episcopal Church and by the Chair of the Board of Episcopal Relief & Development in consultation with the Board’s Governance Committee. The Board votes on new members and elections take effect when ratified by the Executive Council of The Episcopal Church. Board members are invited to serve three-year terms beginning on January 1, which may be renewed once. Additional information about the board can be found here.