Responding to the Drought in South Africa 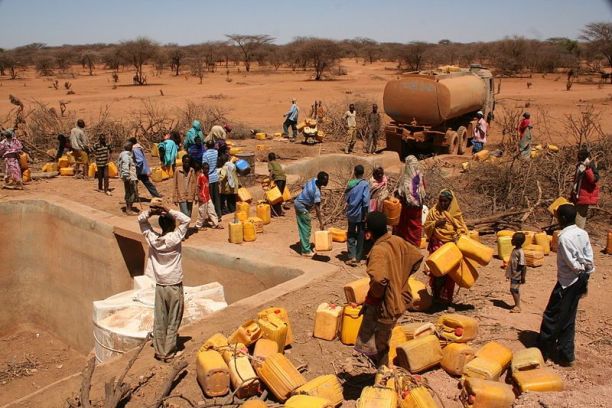 Ten water tanks and clean water for drinking and other domestic use are being distributed to nine primary schools and one group home for children in the Western Cape Province. This province is located in the southernmost region of the country and includes the city of Cape Town. Water tanks have been sourced and companies have been identified to supply water to fill the tanks.

The lack of clean water also compromises health and hygiene and increases the spread of diseases and possible outbreaks. The rationing of water may occur as early as August.

Health Opportunity Partnership and Empowerment in Africa (HOPE Africa) serves as the social development department of the Anglican Church of Southern Africa and oversees church and community development projects in South Africa and other countries in the region.

“Winter rains are about four months away and we hope they will help alleviate the current water crisis in South Africa,” said Nagulan Nesiah, Senior Program Officer for Disaster Response and Risk Reduction at Episcopal Relief & Development. “We are grateful to HOPE Africa and the Anglican Church of Southern Africa for responding to critical needs during the drought.”

Donations to the International Disaster Response Fund will help those affected by the water crisis in South Africa and other disasters worldwide.