Home | Stories & Info | Adriana Embus, Making a Difference in the Fight Against Malaria

Adriana Embus, Making a Difference in the Fight Against Malaria 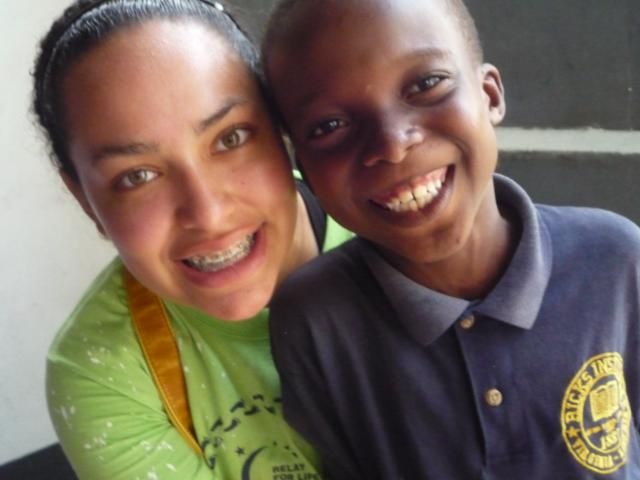 The following is an interview with Adriana Embus, winner of the 2012 World Malaria Day Essay Contest held by the NetsforLife® Inspiration Fund and Episcopal Relief & Development. Adriana is an 11th grader at Brookstone School in Columbus, GA.  A member of the Honor Council and the student Government Association at Brookstone, she is also the President of Young Historians and the Environmental Club.  Additionally, she serves as a junior board member for her local Easter Seals chapter and on the Youth Advisory Board of 21st Century Leaders, an Atlanta-based teen leadership organization. Adriana is the President of the Youth Advisory Council in the city of Columbus, working with the mayor to create change in the community.

How did you learn about the contest?

In March 2012, I attended an Episcopal Ministry Fair at the Cathedral in Atlanta with the Diocese of Atlanta. Although I am Catholic, I am a part of a group sponsored by the Chattahoochee Valley Episcopal Ministry called Infusion. We are a group of 15 teenagers who come from different religious, socio-economic and ethnic backgrounds and promote understanding of diversity in our community. Because I am passionate about the group and its mission, I was invited to give a Social Justice Workshop at the Ministry Fair about our group. The Keynote Speaker of the Fair’s luncheon spoke about World Malaria Day and the importance of the topic. As I heard about NetsforLife® and the difference it has made, my interest grew and I checked out the website. Once I read about the Malaria Day Contest, I was hooked.

What compelled you to enter the contest?

I sincerely believe in creating a difference in the world one small act at a time. What the NetsforLife® Inspiration Fund and the Essay Contest do is inspire others to try to better the world and make their own difference. Because I had already experienced the disaster malaria can bring about, I knew I shared a passion about stopping the spread of malaria and decided to participate in the cause.

Having experienced the effects of malaria firsthand, what have you learned about the disease?

Malaria is a catastrophic disease; it can ruin a person’s health and can ruin lives. Having experienced this in Liberia, I have learned that this disease doesn’t take long to spread but takes long to heal. I have also discovered that although many organizations are trying to stop it, we, as a community, can still contribute to slowing the rate down even more. I have learned that willpower and knowledge can make a difference.

What have you learned about NetsforLife®?

NetsforLife® is an awesome organization and has helped millions in sub-Saharan Africa. Its mission is what interested me in the contest. I would love to help in any way I can!

What are you doing now to help in the fight against malaria?

My personal fight against malaria began last summer, the summer of 2011. Now, my passion for the fight continues to grow even more. I have given several workshops about the dangers of malaria at community events in order to inspire others to join in the fight. My goal is to encourage others to get involved because there are hundreds of ways to help. I have spoken about malaria at school, church and local activist groups because I know that sharing the information will only encourage others to join the fight against malaria.

Chad Brinkman is Associate for the NetsforLife® Inspiration Fund and Church Campaigns at Episcopal Relief & Development.