“Change is an imported word” 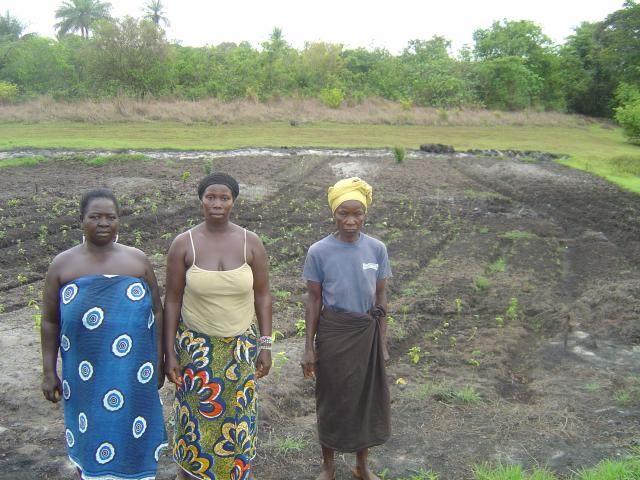 “Change is an imported word,” Karimu said to me. He was translating my question to Mary, a member of the women’s agriculture group in Vaama village, Sierra Leone, supported by the Diocese of Bo in partnership with Episcopal Relief & Development.

Karimu, the Development Programs Director for the diocese, went on to clarify my question to Mary in Mende, the local language. My question was, “How have your lives changed since you became involved in this project?”

In thinking about Karimu’s comment, I realized that change means something different to each person. It can be a fast and easily accepted process for some, or it can be slow and difficult for others. Change may not even be recognized as “change”—it may be described as something that is just ”different.” Change takes time, and is something that requires patience and understanding.

We, as development workers, have to understand what change means to each community and person involved in a project. It is important to involve project participants in the planning of a program that will ultimately change their lives. In transforming communities, the changes must come from within, led by the community members themselves in order to ensure that any development that occurs will be sustainable, accepted and appropriate.

In Vaama, change meant a voice for women, and a community working as a team. Mary told me that now that she has a source of income—selling the vegetables that the women’s group cultivates—she also has a voice in her home. She is able to make decisions along with her husband. Working together as a team, they decide how to care for the children and spend the household money.

This in my eyes is significant change, but Mary didn’t see it that way. She saw it as life moving on, as something that is part of life’s process. Something that should always have happened—but now, she knows how to make it happen.

Photo: Mary (right) and two of the agriculture group members in front of their garden.