Home | Stories & Info | From Our Kitchen to Their Kitchen: California School Reaches Out

From Our Kitchen to Their Kitchen: California School Reaches Out

Surrounded by natural splendor in Pacific Palisades, California, St. Matthew’s Parish School is the perfect setting for students to learn about God’s abundant Creation.  With rolling hills, open meadows and groves of oak trees, the school grounds make a paradise where students can explore and develop their skills and interests.  But just because the school is secluded doesn’t mean it’s isolated – far from it.  Service is one of the cornerstones of the school’s philosophy, and each grade level has its own focus area.  For fourth graders, it is hunger, and this year’s Service Learning activities illustrated how their actions can help address this issue locally and globally.

The Rev. Kristin Barberia and Jillian Esby are teachers of Religion and Science, respectively, and together with fourth-grade core teachers Rachel Gaunt and Stephanie Milonas, they coordinated their lessons with key activities that showed students how they can make an impact.  Last fall, the fourth graders learned about local needs by participating in the Westside Food Bank’s Hunger Walk, and sponsoring the annual Thanksgiving Food Ingathering.  This spring’s theme was global hunger and nutrition, and in order to bring these issues to life, the teachers organized creative enrichment activities that connected to Episcopal Relief & Development and its work in Haiti.

“Jillian and I discovered that there was a natural link in our curriculum in the spring, when she is teaching about nutrition and I am teaching about world hunger,” Barberia said.  “We also wanted to do something that looped into our school partnership in Haiti, since food security is still such a large issue there after the earthquake.  It seemed like a great opportunity to tie together a number of important threads, and we are really delighted with what the kids accomplished!”

St. Matthew’s formed its connection to Haiti after the January 2010 earthquake, through the National Association of Episcopal Schools (NAES) and the Haiti Episcopal Partnership program, run by the Episcopal Diocese of Haiti.  The school is a co-partner with the National Cathedral School in Washington, DC, with St. Paul’s Episcopal School in Caracol, Central Plateau.  When Barberia discovered that Episcopal Relief & Development supports the jardins pre-kay (kitchen gardens) projects of the diocese’s relief and development arm, CEDDISEC (Centre Diocésain de Développment Intégré et de Secours), it sparked an idea.  The result was a wonderful spring activity that helped the students learn about agriculture and healthy eating while deepening the school’s Haitian connection.

Barberia used elements from the Abundant Life Garden Project modules found on Episcopal Relief & Development’s website to develop lesson plans around how familiar things like water, seeds and soil relate to global issues such as hunger and food supply.  Using the jardins pre-kay in Haiti as an example, they discussed how sustainable, small-scale gardens can be a powerful tool for alleviating scarcity in urban areas or places where there is not a large amount of arable land.  By providing seeds, tools and training, Episcopal Relief & Development and its local partners are helping families to cultivate their own kitchen gardens, creating a sustainable and diverse supply of nutritious vegetables and herbs.

The herbs from the kitchen gardens inspired another facet of the Service Learning project, which brought together the fourth-graders with their preschool “buddies” – a school program where older students mentor and befriend younger ones – to plant seeds and observe them as they grew.  After recording several weeks of scientific findings, the students transplanted the 100 basil, dill and cilantro seedlings into nicer pots and made them available as Mother’s Day gifts.  The theme of the plant sale was “From Our Kitchen to Their Kitchen,” noting that the proceeds would be donated to Episcopal Relief & Development for its projects in Haiti.  The project was a resounding success, raising a total of $510 to help alleviate hunger and support the Haitian Church’s development programs.

According to Barberia, the fourth-grade Service Learning project was inspired by a visit from Brian Sellers-Petersen, Episcopal Relief & Development’s Senior Advisor to the President, who has been a major proponent of Abundant Life Garden Project modules in Episcopal schools – and whose own green thumb has inspired numerous blog posts.  “Next year, we may try to re-vamp the first grade Service Learning project,” she said, “and I already have the [Abundant Life Garden Project] Animal unit in mind, which fits nicely into their curriculum studies of animals and map exploration, in conjunction with their “Flat Stanley” adventures!”

Episcopal schools, camps and churches are all very welcome to download the free curriculum modules from www.episcopalrelief.org/children.  They make excellent resources for Sunday school and Vacation Bible School, and can be adapted for different age groups.

“Lots of churches and camps have community gardens, ranging from small plots outside parish halls to large kitchen gardens at a growing number of Episcopal camps and conference centers, and it’s our goal to help add a layer of spiritual enrichment on top of the excitement of growing your own tomatoes,” said Sellers-Petersen.  “Especially for kids, it’s wonderful for them to see Creation in action and get their hands in the soil, to really feel connected to the earth and the bounty we enjoy from it, and to feel connected to farming communities the world over.” 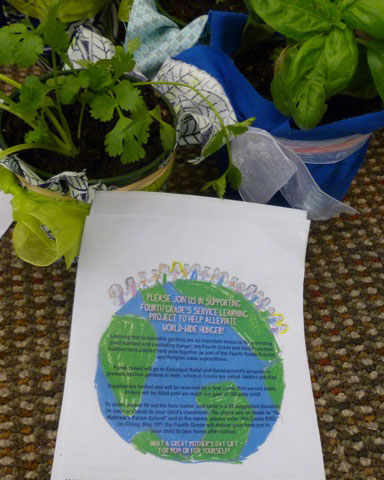 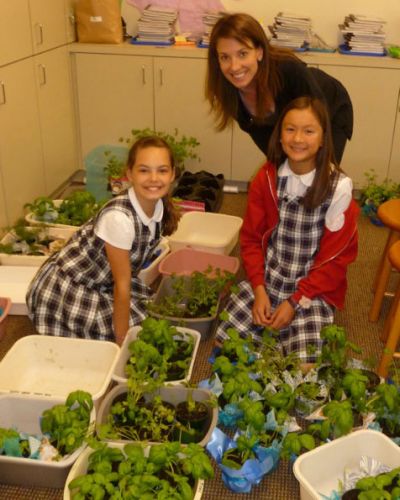 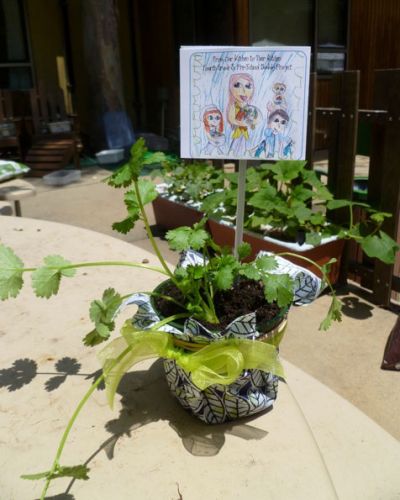