Amidst the news of a strong, 6.5-magnitude earthquake in Leyte – the island in the Philippines most severely hit by Typhoon Haiyan in 2014 – we received an amazing email from Floyd Lalwet, Provincial Secretary and National Development Officer for the Episcopal Church in the Philippines (ECP).

Episcopal Relief & Development has been working for many years with ECP and its development arm, E-CARE, so the fact that many of our staff know Floyd personally made his email even more welcome.

Reading the coverage of the earthquake on July 6, we saw that two people had died and many homes and buildings had been damaged or destroyed. Knowing that assessments were ongoing and aftershocks were likely to follow, we feared that those numbers would climb, and they did: according to the latest situation report from the National Disaster Risk Reduction and Management Council, nearly 1,500 homes were totally destroyed and more than 2,000 were damaged in Leyte alone.

But there was a bright spot. Floyd’s email shared the news that in Sabang Bao, a neighborhood of Ormoc City that had been very badly hit by Typhoon Haiyan, the houses built by ECP after the typhoon were completely unscathed by the earthquake. 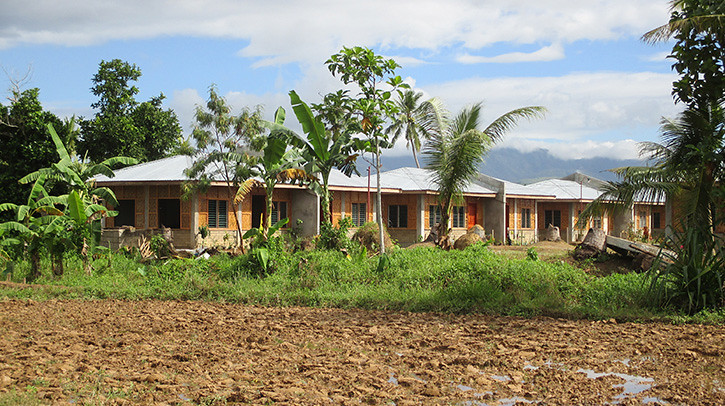 Thankfully, the ECP’s housing project in Sabang Bao, Ormoc City, has withstood the strong earthquake and its aftershocks. Made of compressed earthblocks, these houses continue to be a testament to the capacity of our partner communities to rise up from massive destruction and to build better lives. A church is now being constructed in the village, using contributions of  partner communities … taking note of the enthusiasm and commitment of the partners to build their own house of worship.

Compressed earthblock technology is used in the Philippines to create sturdy, environmentally friendly houses from affordable and locally available materials. According to Major Gift Officer Mike Smith, who visited Sabang Bao in 2015 to celebrate the blessing of recently completed homes, each house includes electricity and running water, and can house up to six people:

Each house in Sabang-Bao sits on a concrete slab with 10-inch square column supports (also concrete) that are sunk six feet deep. The base of each wall is made of six-inch thick bricks that are manufactured in the community nearby by people who also participate in programs of E-CARE. The walls are made of bamboo sawali, which keeps the interior cool, important in the often stiflingly hot Philippines. Jalousie windows allow for cross ventilation. The roof is made of galvanized iron on steel framing. Electricity and running water are included in each of the 325 square foot homes. Six people can live comfortably in each house.

Sturdy, secure housing is just one part of ECP’s typhoon response, though. The Church in the Philippines is invested in the holistic rehabilitation and development of all aspects of community life, including agriculture and small businesses. 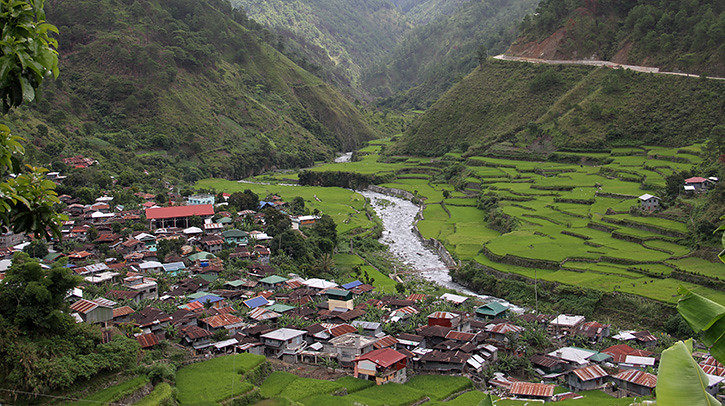 And what’s more, ECP is cultivating relationships throughout the country through its “receivers to givers” approach, where instead of paying disaster recovery funds back to the Church, a receiving community pays it forward to the next community in need.

ECP and E-CARE are some of the superstars of Asset-Based Community Development, where local resources and expertise are leveraged to address challenges and enable everyone to share in God’s abundance. The example of Sabang Bao shows how investing in resilient communities can protect people from setbacks and ensure that their hard work will result in the future they dream of.

Read more stories about the Philippines:

Resilient Communities Grow To Help Others

A New Creation Rises In The Philippines

A Day of Celebration, Partnership & Inspiration