Home | Stories | Empowering Women and Girls: The Rule, Not the Exception (and it’s not just a women’s issue)

Empowering Women and Girls: The Rule, Not the Exception (and it’s not just a women’s issue)

This year marks the 20th anniversary of the Beijing Declaration and Platform for Action – one of the most comprehensive and progressive global agendas for women and girls’ equality and empowerment. The momentum for ensuring that gender is at the forefront of national and international social, economic and political policies and development agendas has waxed and waned in the years since this landmark occasion. With the UN General Assembly’s recent adoption of 17 post-MDG Sustainable Development Goals (SDG) the development sphere is once again abuzz with discussion on the importance of integrating gender equality and empowerment across all sectors of development. It is generally agreed that the SDGs are much more inclusive and targeted than the MDGs when it comes to gender-related objectives. For example, unlike the MDGs, the SDGs have a specific target on ending violence against women and girls. Still many people contend that the discourse around gender equality needs to be more focused on gender-based violence (GBV) and gender equality as human rights issues.

In fact this was a common sentiment at this year’s Sexual Violence Research Institute (SVRI) Forum in Cape Town. I had the opportunity to attend this 4-day event last month, which brought together researchers and development practitioners from around the world to share best practices and challenges involved with gender-related research, advocacy and programs. One keynote speaker reaffirmed that anything that harms or hinders women and girls, from intimate partner violence to low female scholarization rates, are indeed human rights violations. In other words, they are not just women’s issues; they are men’s issues. This brings me to the ever-present elephant in the SVRI auditorium all the way to the UN General Assembly – the small proportion of men leading or actively involved in discussions on the topic of gender equality and empowerment. Although, efforts to include men and boys in these discussions have increased greatly the past few years, there is still a lot of work to be done. 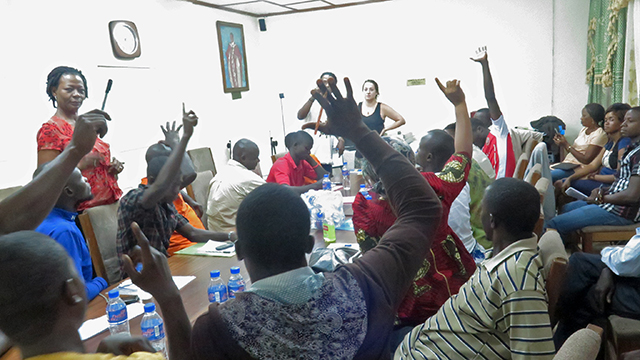 A key aspect of Episcopal Relief & Development’s GBV prevention work is to engage men, particularly male youth and faith leaders, in in-depth discussions on the social and cultural norms that harm women and girls, and society as a whole. In order to end the cycles of subservience, violence and lack of opportunity that characterize the lives of so many of the world’s women and girls it is necessary for men and women to question culturally prescribed gender roles. This is exactly the kind of self-exploration and dialogue that Episcopal Relief & Development, and our partner the Episcopal Church of Liberia, is facilitating. With male and female youth leaders in Liberia, we are deconstructing what we’ve been taught constitutes a “real man” and a “real woman”. Through guided activities involving self-reflection and critical thinking, youth realize that typical masculine traits of sexual prowess and responsibility for the family are either not truly defining traits or they are traits that are equally feminine. By the end of a recent meeting of youth leaders, the group was amazed that after a process of compiling and narrowing down lists of characteristics of real men versus real women, the two lists were identical. Together, they whittled through the artificial divide between men and women and defined what it means to be a good human. 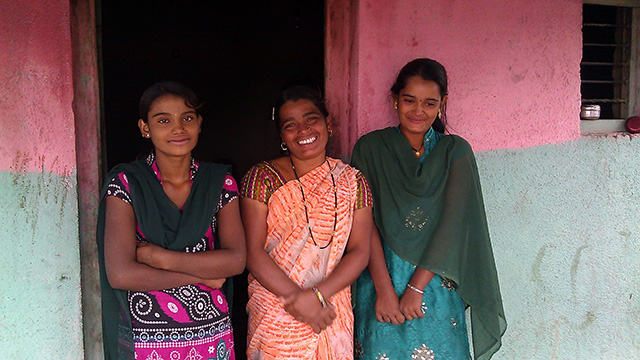 During this same meeting, participants were asked to reflect on their upbringing and the events that helped shape their identity and gender roles. A young woman named Joshualyn shared a vivid memory of her father gathering all of his children together under a tree. He gave each of his sons and daughters a biscuit and said that he loved each one of them equally and everything he had would always be divided equally among them. She also recounted a time that she skipped school and the fierce anger and disappointed her father felt when he found out. Looking around the room, I could see that everyone was very moved by what Joshualyn shared. Although it may seem that what her father did was commonplace, in Liberia and many other places around the world, valuing a daughter’s inheritance, education and potential is not the norm. It is the exception. The youth in that room knew that, and they, just like all of us, are in a position to help make that exception the norm. 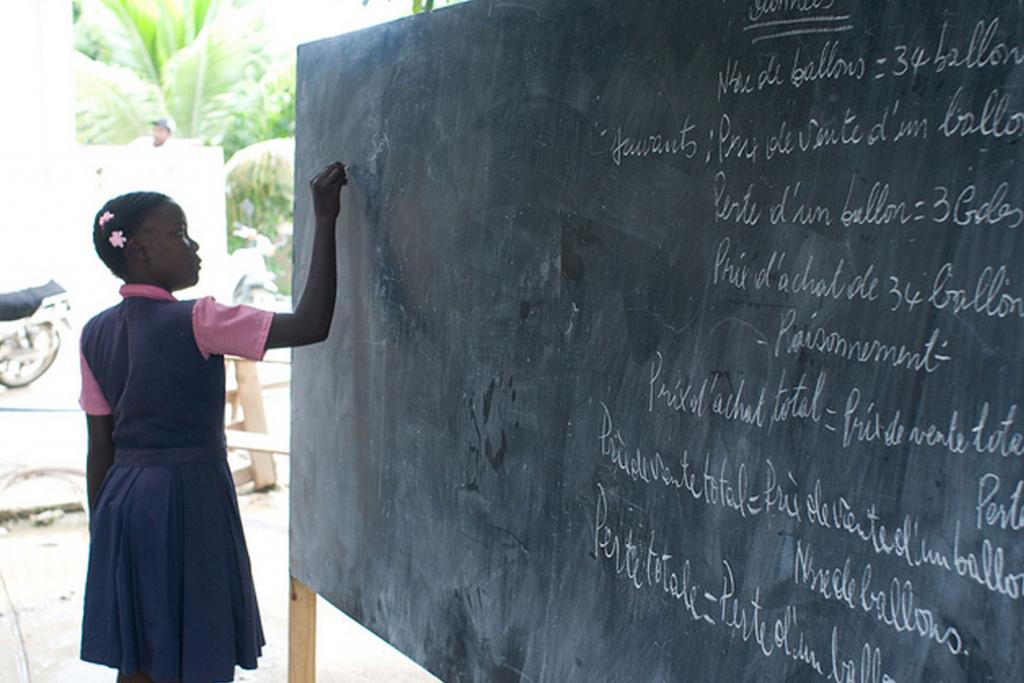 Here are some things you can do. Men can join hundreds of thousands of other men in making a commitment to take action against gender discrimination and violence at www.heforshe.org. Members of faith communities can help break the silence around GBV in their churches, mosques, temples and communities at http://wewillspeakout.us/take-action/. These are just two of many different ways to get information about the movement for gender equality and empowerment and to connect with other people who want to take action. Around the world, from now until the end of December, there are various occasions (i.e. International Day of the Girl, Domestic Violence month, the 16 days of activism) for people to actively engage with these issues. For ideas on how you can be involved and involve others, visit – http://16dayscwgl.rutgers.edu/. 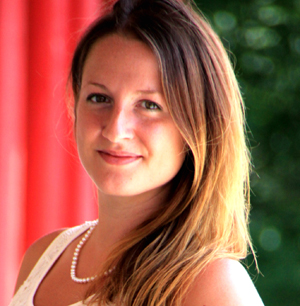 Vanessa Pizer is the Program Officer of International Programs at Episcopal Relief & Development.

Images: Top, Taken from the Sustainable Development Goals Campaign Toolkit. Middle 1, Taken at an interfaith youth leader meeting in Liberia. Middle 2, 3 girls. Bottom, A girl writing on a chalk board.