Lessons from Katrina and How to Help After A Disaster

The 12th anniversary of Hurricane Katrina was last week, coinciding with the landfall of Hurricane Harvey and now Irma. In this blog, the Rev. David Knight offers a reflection on how he and his community recovered from this catastrophic disaster. As we respond to immediate and long-term needs during an intense hurricane season, Father Knight shares thoughtful tips and lessons for anyone who wants to help communities impacted by the storms.

August 29th always brings with it painful memories and a feeling deep in my soul that is hard to describe. Although 12 years have passed since Hurricane Katrina, the memories are still fresh and especially poignant with the devastation in Texas and Louisiana from Hurricane Harvey. 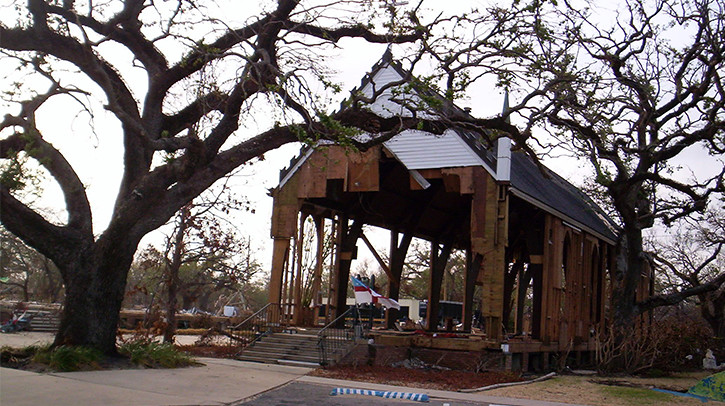 St. Patrick’s in Long Beach, Mississippi where I was the rector was completely washed away by Hurricane Katrina, but the church remained. As you know, the church is the people, the body of Christ and while we were slam dunked with the breath knocked out of us, we were lifted up by the outpouring of support we received, especially from the faith community, including many of you!

I wanted to offer a few suggestions regarding ways to help after such disasters. Some of these were learned, literally, the hard way. I offer them in love and thanksgiving for all who open up their hearts in any way to those in need.

1. LISTEN TO FOLKS ON THE GROUND 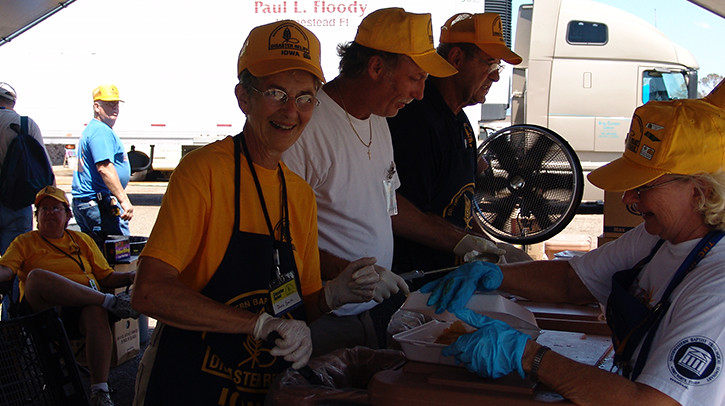 First of all, it is imperative we listen to the folks on the ground about what they need the most. At this stage, they are simply trying to keep people alive and as frustrating and helpless as that may feel to us, until they ask for volunteers to show up, we serve them better by waiting. One of the most difficult things we had to deal with was having volunteers show up with big hearts and great intentions, but with no way to sustain themselves and looking for us to provide them food and shelter. The people of Texas and Louisiana will need help and they will need it for a long time, longer than we might even imagine at this point. This is a marathon for sure. They will let us know when they want us and how we can best help and what we need to bring. 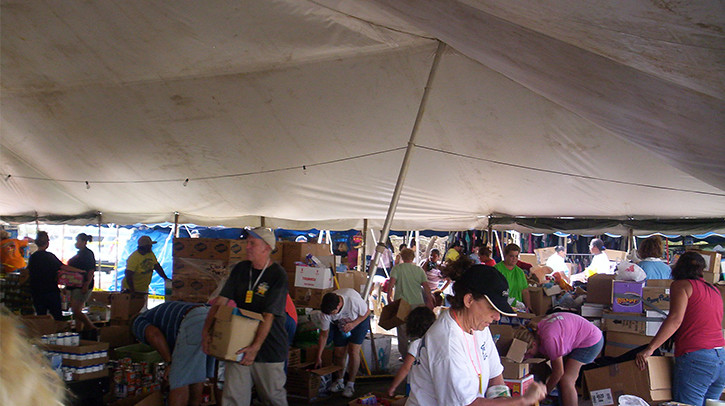 Please don’t send clothes. Managing the mountains (and they were actual mountains) of donated clothes was a huge burden, and as kind-hearted as people were much of what was sent was unusable. From a church perspective, I cannot tell you how many sets of old choir robes and even very heavy, wool chasubles were sent! Those in need may ask for specific items, but the best way to help with food and clothing right now is by sending monetary donations. And especially as local businesses are able to reopen, spending money in the community will be an enormous help locally. 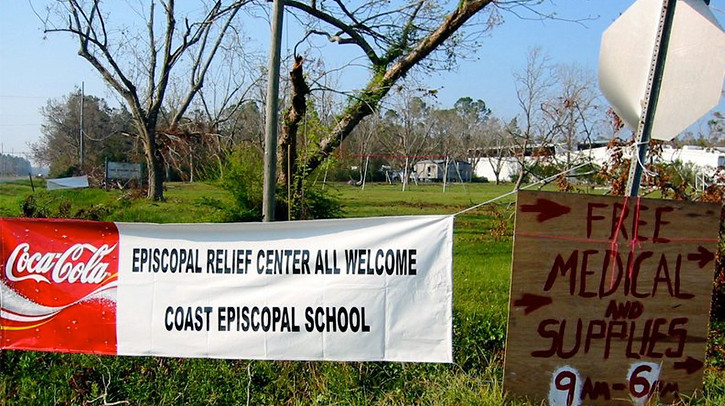 Episcopal Relief & Development was an amazing partner for us. I trust them completely. They supported our establishment of Camp Coast Care as a place for volunteers to come and be fed and sheltered as they worked in the community. Once such places are established in Texas and West Texas, I am sure many of you will be able to join in the recovery effort. Katrina was one of the first domestic disasters Episcopal Relief & Development faced after changing from their former name, The Presiding Bishop’s Fund for World Relief, which was more of a charity model. Over the years, they have increased their capability and staffing for domestic disasters greatly, with a strong focus on disaster preparedness training and are ready to help.

Give to Episcopal Relief & Development

Donations to the Episcopal Diocese of West Texas and Texas directly can help tremendously as well. They will also know exactly what kind of support the clergy and lay leadership need and how best to manage it. Let us not forget the absolute destruction of the coastal areas in the Diocese of West Texas, a different kind of disaster than the horrific flooding in the Houston area. Their needs will be somewhat different and I hope they continue to receive much attention.

It goes without saying we all need to be praying. I have no doubt that soon they will experience what we did after Katrina, the incredible generosity of thousands of people who will share their gifts of time, money, talent and love. God bless you all.

This blog was originally posted August 30, 2017 by The Episcopal Church of the Central Gulf Coast.