On World Health Day, take a moment to read about the Maza yi Moyo program in Angola. Find out more about the day and join in on the conversation on social media using hashtags #WorldHealthDay and #HealthforAll.

“Turn it that way, Jao. People must be able to see the writing from the roadside,” said Augusto. “No Augusto, when we come for meetings we all sit this way. So the board must be positioned for us to read when seated,” Jao replied. “Can you guys decide quickly? We don’t have all day,” chimed in Bova, raising his voice at the two men who had spent the last minute trying to decide on where to position the billboard. “ I don’t think this matters where the board is facing,” added Maria, “We have it and we can read it and that is enough.” The discussion continued for another few minutes and finally the group agreed the board must face the road so that people passing through or by this community named Kitala would see what is happening and also feel encouraged to start their own. 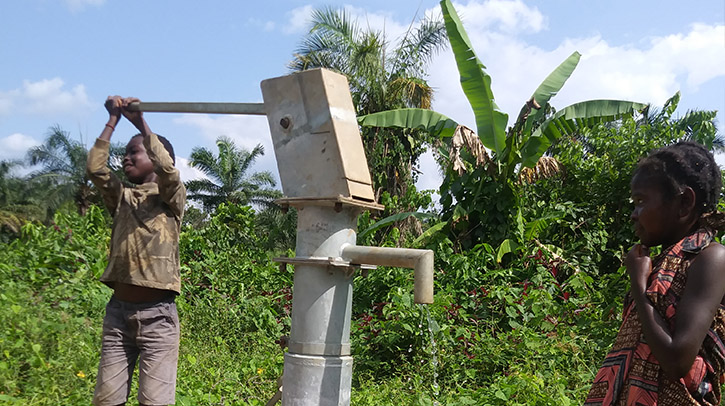 I sat under a mango tree a few yards away, watching them come to an agreement and felt pleased with how Episcopal Relief & Development is helping people in this community in Northern Angola be the leaders of their own development. Through this Maza yi Moyo project, created in partnership with the Diocese of Angola three years ago and supported by USAID, 410 local leaders throughout the Songo Municipality in Angola have been mobilized and trained on how to monitor and implement healthy water and sanitation practices in their communities.

Jao, Bavo, Augusto and Maria are all part of what is called a Water & Sanitation Committee (WSC). Their role as members of the WSC it to set their own goals to measure progress towards improving sanitation and water sources for their community. The goals (which are essential milestones of their progress) are written on a billboard that is to be mounted at a visible point in the village. 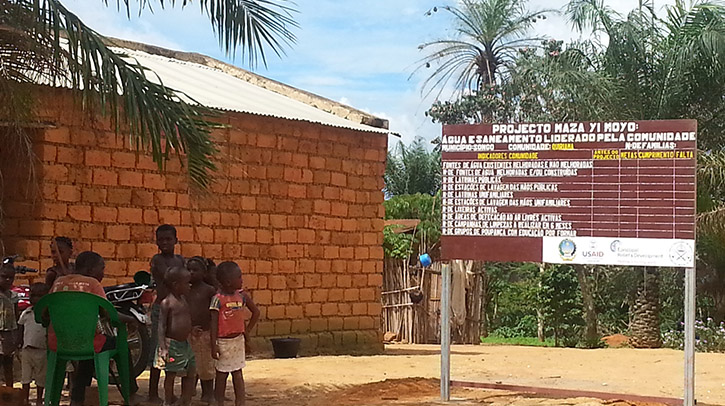 At monthly community-wide meetings those indicators are updated so everyone knows what is happening; how many water sources are being improved and how many household latrines are being built on the journey towards ending open defecation. Unlike many traditional projects where monitoring is assigned to program staff, Maza yi Moyo is being led and done locally.

What I witnessed from under the mango tree was excitement and a dedication to collaboration and excellence. The exchange of differing ideas is the way to move forward sustainably so that communities have ownership of their own development.

Idris Buabeng is a Program Officer for International Programs at Episcopal Relief & Development.