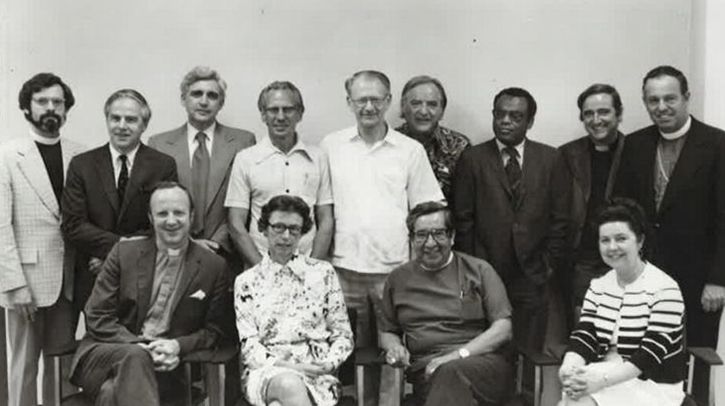 Over the course of the 75th Anniversary Celebration, our 75 Stories Project has given me the opportunity to hear from many of Episcopal Relief & Development’s supporters and friends.  This very special blog post comes from two people whose work with the Hunger Program of The Episcopal Church helped lay the foundation for our programs that continue to address the root causes of hunger.  My deep and heartfelt thanks to Canon Charles Cesaretti and Canon J. Fletcher Lowe for their service to the Church and to the world through their work, and for sharing their reflections with us!

Hunger was and continues to be one of our world’s most pressing human problems; it touches developing countries as well as developed.  We see it on the streets of our cities and in the rural areas of America.  The Church has had an ongoing commitment to its eradication, both in the US and worldwide.

In response to the drought in sub-Saharan Africa in the early 1970s, The Episcopal Church through the Division of Church in Society held a church-wide consultation on the most appropriate and effective ways to respond.  One of the recommendations of that consultation was the establishment of a church-wide hunger committee to address the multiple facets of hunger alleviation, especially education and consciousness-raising among Episcopalians. 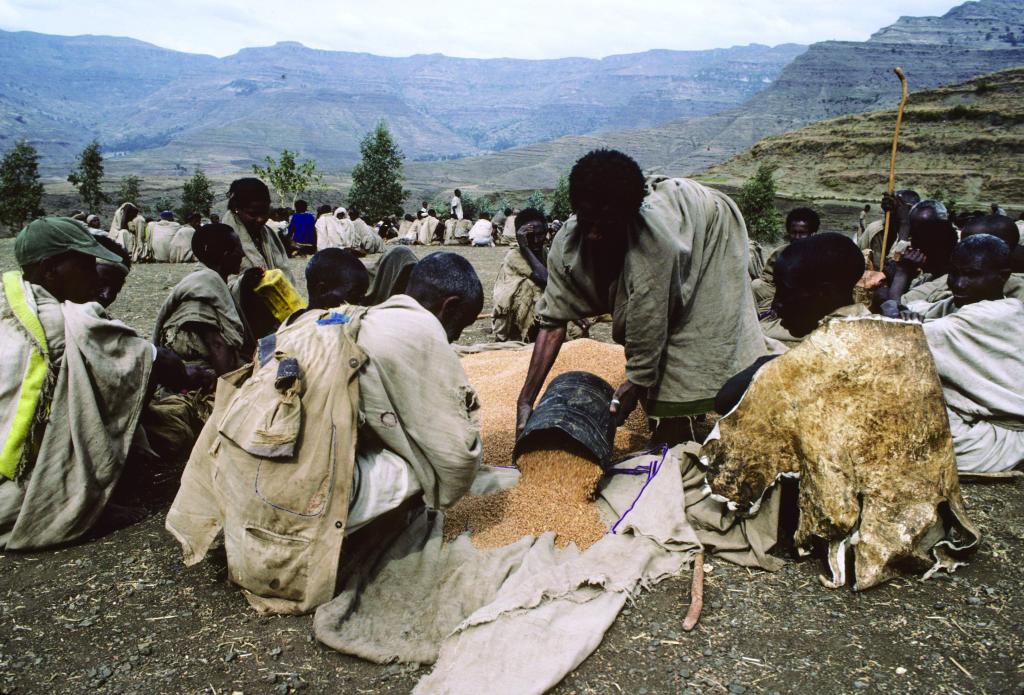 Working with Executive Council, Presiding Bishop John Maury Allin established the National Hunger Committee (NHC) in 1976 with lay and clergy participants drawn from each province of The Episcopal Church.  The Rev. Canon J. Fletcher Lowe, Jr., who was part of the initial consultation, was elected to chair the committee and lead it through regularly reviewing and evaluating the process and effectiveness of the Hunger Program.

To support the NHC, the Hunger Office was established and added to the Church in Society staff clustering, based at the Episcopal Church Center in New York City.  Presiding Bishop Allin appointed The Rev. Charles Cesaretti as staff officer for the program.  The mandate of the Hunger Program, as carried out by the NHC and the Hunger Office, was to initiate a church-wide awareness of the root causes of hunger, not only in sub-Saharan Africa but worldwide, including in the United States.  Being a part of the Church staff, the Hunger Officer had the opportunity, and responsibility, to enter into partnership with the other domestic and international programs.  This dynamic relationship fostered the breadth and depth of the Hunger Program by drawing on the experience, perspective and resources of various outreach and education program groups of The Episcopal Church. 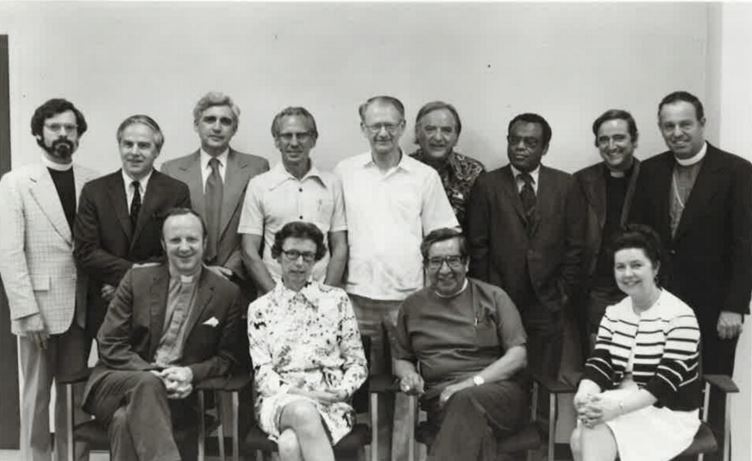 To fulfill the mandate of the Hunger Program, the NHC developed a church-wide diocesan network.  Aside from its three bishops, the committee was organized with one representative for each of the nine Episcopal Church provinces.  That person recruited a coordinator for each diocese who, in turn, recruited a representative in each parish.  This became the NHC’s primary communications link and network.

To equip the network, the NHC held training sessions to facilitate public policy initiatives locally, nationally and internationally, and published a series of educational and informational resources.  Hunger Notes, later The Hunger Networker, was a monthly publication covering various related hunger issues and resources.  At the NHC’s request, Executive Council designated Lent 1979 for a church-wide hunger focus, with a curriculum the NHC developed especially for parish use that year.  Over the years, other publications evolved, including Fr. Cesaretti’s To Care Enough, and a Jubilee Series of three books on land use and living simply. 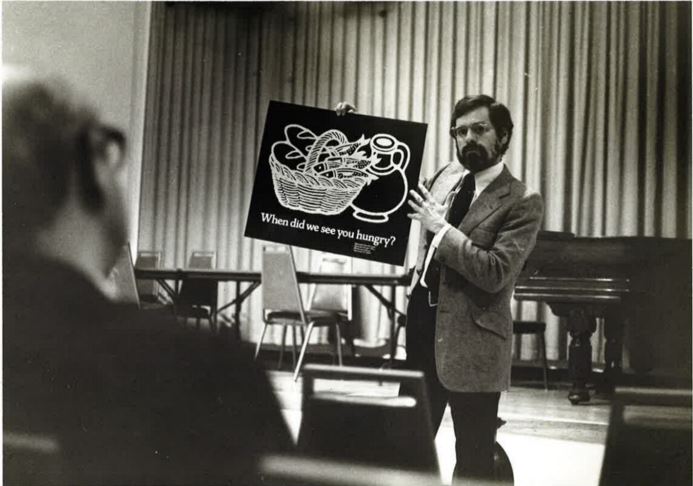 Having a presence at General Convention was a key part of awareness-raising within The Episcopal Church, and the NHC’s activities during the 1976, 1979 and 1982 General Conventions led to enormous upswells in support for the Hunger Program. The NHC researched alternative housing such as YMCAs for convention-goers, and planned for having fruit at convention stands and alternative menus for banquets.  The NHC promoted the Friday of Convention to be a fast day, with the money saved on meals going to the PB Fund.  Each year, hundreds of people attended the Unfair Share Lunch, where attendees were arbitrarily divided into ‘1st, 2nd and 3rd world’ tables with food and population appropriate to that sector, and then each meal concluded with a discussion of learnings.  Resolutions were offered and adopted with a focus on hunger.  Other efforts included ECW workshops, hunger-related movies and Convention-wide hunger-focused Eucharists.  In 1979, at the Convention in Denver, the NHC sponsored a fundraising concert offered gratis by singer John Denver, to benefit the PB Fund.  At the 1982 Convention in New Orleans, NHC convened a luncheon with Desmond Tutu speaking, one of only two times he spoke at Convention that year.

In addition to educating Episcopalians about hunger issues in the US and internationally, the other major facet of the NHC’s work was advocacy.  The committee successfully pushed for a Washington Office so issues of crucial national and international importance could be addressed, in conjunction with other denominational offices and such non-profits as Bread for the World and Heifer International.  In Washington, the NHC also advocated for domestic feeding programs such as Women Infants and Children (WIC), and informed public policy on the structural response and delivery of services to those in need and on the margins of society. 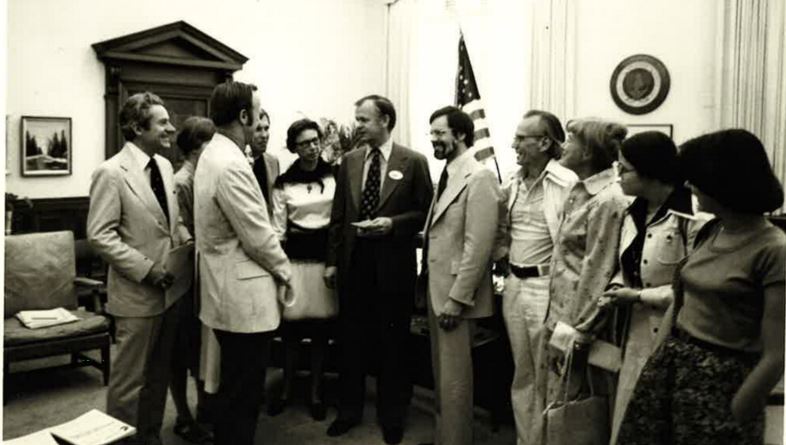 Internationally, the Hunger Office was instrumental in establishing a network linking the Provinces of the Anglican Communion to provide communication, consultation and coordination worldwide.  This network seeded the later development of the Peace and Justice Network and the Refugee and Resettlement Network, which became official parts of the Anglican Consultative Council (ACC), as well as the Office of the Anglican Observer at the United Nations.

For 10 years, the NHC and the Hunger Office worked collaboratively with the Presiding Bishop’s Fund for World Relief (the precursor to Episcopal Relief & Development) with clear differentiation between their mandates: the NHC was for education and advocacy, and the PB Fund was for fundraising.  Eventually, though, the NHC and Hunger Office were folded into the PB Fund as the latter shifted to focus more on long-term development. 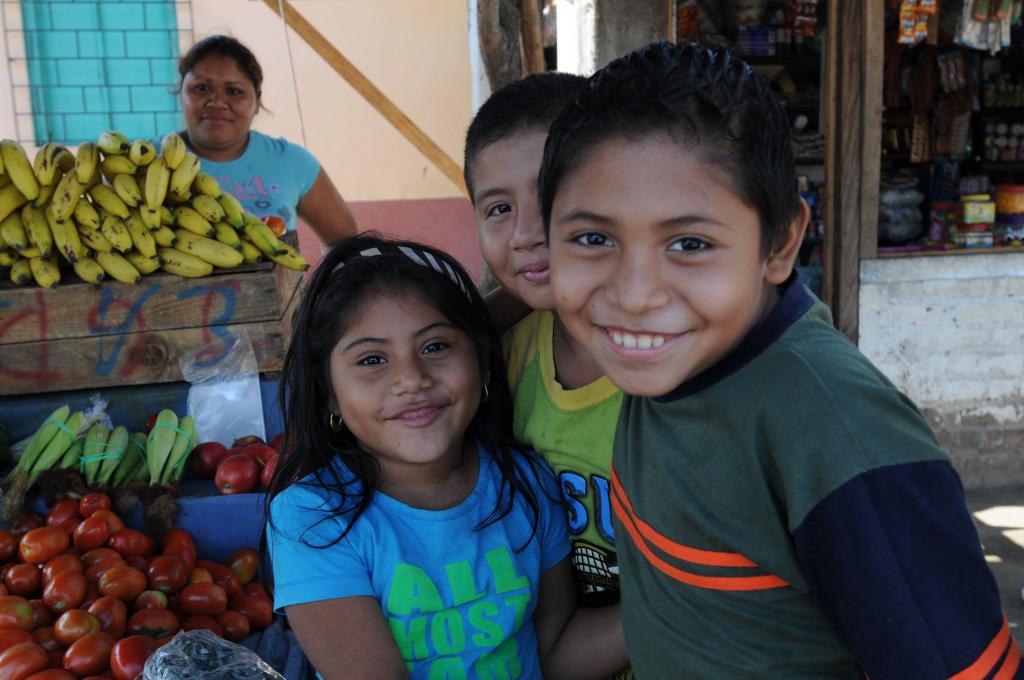 As Thanksgiving is celebrated across the US, let us remember to be thankful when abundant food surrounds us, and thankful for a Church that can provide both immediate help and support for long-term change.  Around the world, through the work begun by the Hunger Office and continued in Episcopal Relief & Development’s programs, fewer people go hungry each year.  Let us remain steadfast in our pursuit of ending hunger, so that all may enjoy the abundance of Creation. 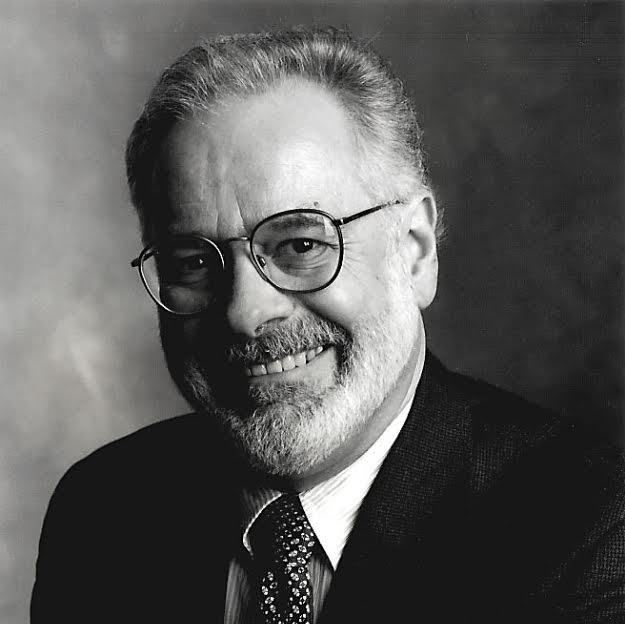 The Rev. Canon Charles Cesaretti is retired and lives in Northeastern Pennsylvania, the Diocese of Bethlehem. 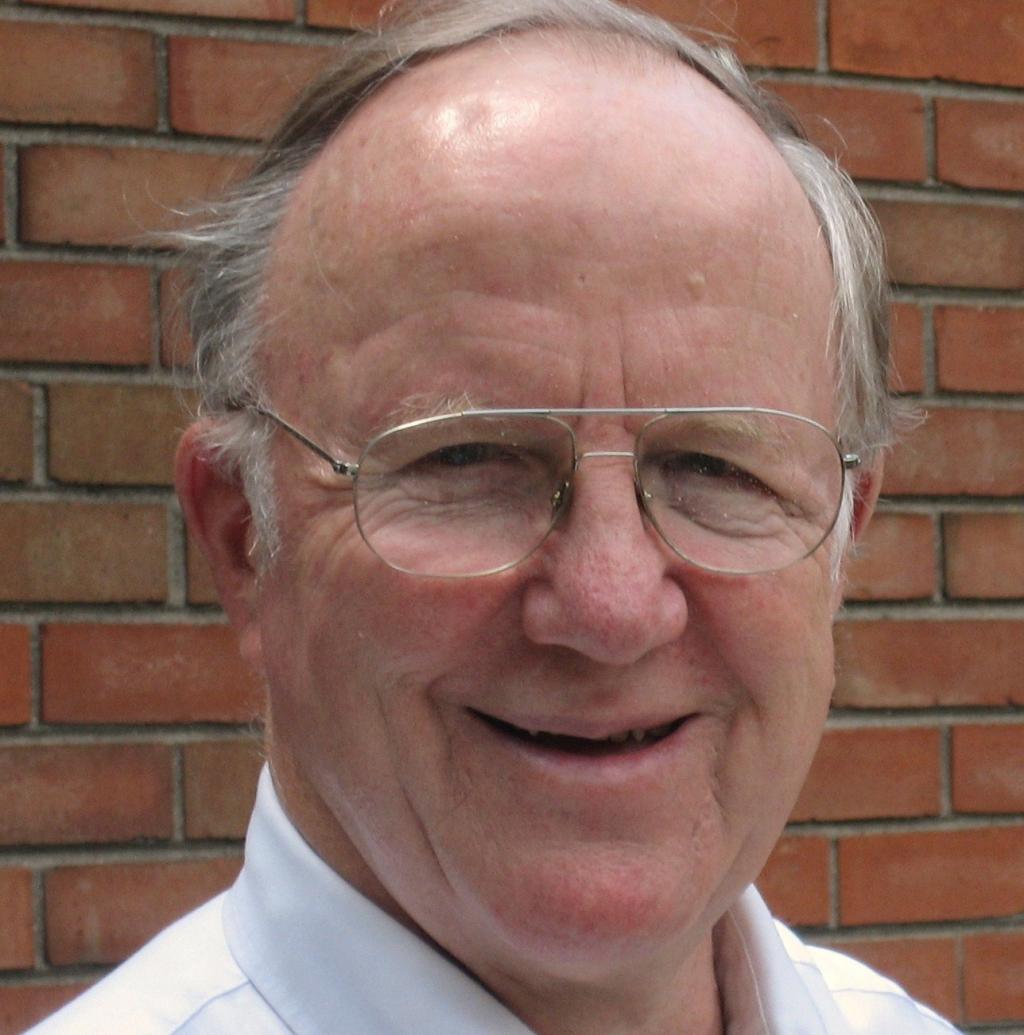 Canon J. Fletcher Lowe served as the Chair of the Episcopal Church’s National Hunger Committee from 1974-82 and on the board of the Presiding Bishop’s Fund for World Relief, now Episcopal Relief & Development, from 1988-92. He is the Rector Emeritus of the Church of the Holy Comforter, Richmond, VA.