Home | Stories | Solomon Islands Residents See “The Power of We”

Solomon Islands Residents See “The Power of We” 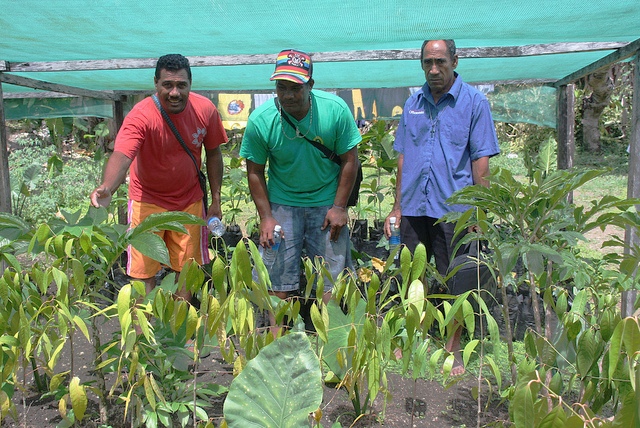 October 15 is Blog Action Day, and this year’s theme is “The Power of We.” I can’t think of a better example of the power of collective spirit than an agricultural initiative in the Solomon Islands.

In the isolated Ontong Java atoll, rising sea levels are both contaminating fresh water wells and oversalinating much of the soil, making it unusable for growing food. With these challenges, traditional food sources and farming methods are unable to meet residents’ needs.

The Anglican Church of Melanesia, an Episcopal Relief & Development partner, introduced the permaculture farming technique in 2009 to address the challenge of improving food supply.  Permaculture involves planting fruit and vegetables in a unique farm design that replicates natural growth patterns, resulting in self-generation and lower maintenance. Using the technique — which in effect, creates a sort of forest on beach sand — has had a tremendously positive impact on the population. 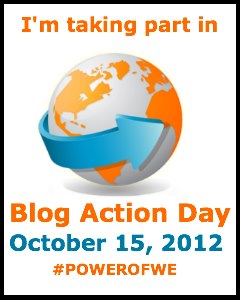 However, the project could not have happened without the collaboration of many groups of people. The local community on the island invited the Church to accompany them on this journey.  Traditionally it is the community’s women who own the land, and thus negotiation was first needed with the matriarchs to allocate plots of land for this experiment. It is male elders who make up the Council of Chiefs, which deliberated and then granted permission for the project to be tested on their atoll.  Only then did the island’s farmers examine the farm design and consent to introducing the new technique.

Despite farms being only about 10 meters from the sea, harvests have been surprisingly abundant. Data from the program suggest that household monthly expenses for food have dropped nearly 75%. And the community’s youth, who make up the vast majority of the population, have seen both the increased harvests and a wider diversity of crops produced — to the extent that they are now less inclined to move to the urban areas looking for (non-existent) employment opportunities.

The community’s success is even generating attention from government authorities.  The Ministry of Agriculture has awarded the project for its unique achievement, and the Ministry of the Environment has visited the atoll and assessed its vulnerabilities to allocate greater resources to the community’s needs.

This collective effort towards a shared goal has enabled residents to find long-term solutions that help achieve a sustainable food supply.  With 122 islands arranged in and around a lagoon 70 kilometers long, it is only with cooperation and shared ownership that community members can overcome challenges and see such an impact.

Photo: Farmers at the permaculture program’s seedling nursery show some of the different varieties of plants they’re now able to grow.