Home | Stories | The Courage to Look and Not Turn Away

The Courage to Look and Not Turn Away 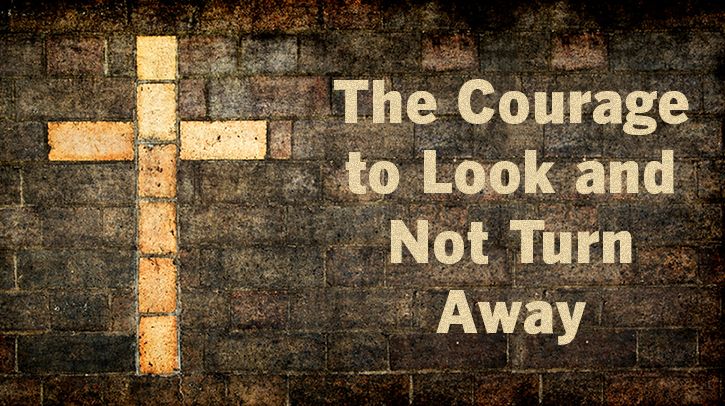 During worship on Good Friday many churches include some time to venerate the Cross, a solemn custom with ancient roots. The cross we use in our parish is large and rough, held together by rope. It looks almost crude, but the way that people treat it on Good Friday reveals the power it holds for them. They approach it reverently, kneel in front of it, reach out tentative hands to touch it briefly, or lean in close to kiss it. Often tears are shed. 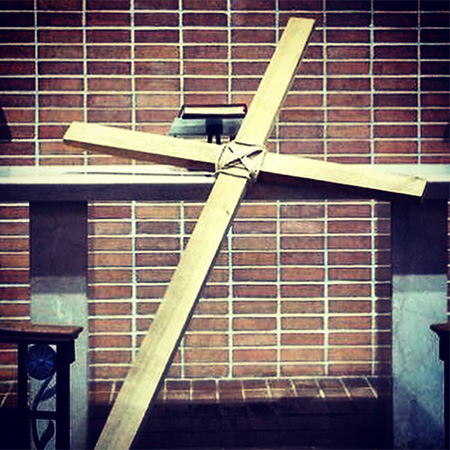 It is a fact of church life that some people avoid Good Friday. They are uncomfortable with the focus on the Crucifixion, with the suffering and death of Christ. I doubt that for most people their avoidance stems from a lack of compassion or piety. My gut instinct tells me it is more like the reason I could not stand to look at that picture that circulated on the internet for months, the one of a young refugee whose dead body had washed up on shore: it hurt too much. It was terrifying to identify with that little boy’s parents and yet impossible not to identify with them. It was too easy to imagine one of my own children’s bodies lying there limp and lifeless. Seeing that picture made me feel too much—too much fear, too much vulnerability, too much sadness. I had to look away.

A couple of years ago my little suburban parish started a feeding garden; over the past two years we have given away more than 4,000 pounds of fresh produce to the hungry. While we are overwhelmed with gratitude for the abundance of the harvest God has granted us, we are also aware of many other gifts we have received through this process of becoming a community of gardeners. We are tending to the earth and to one another in new ways. 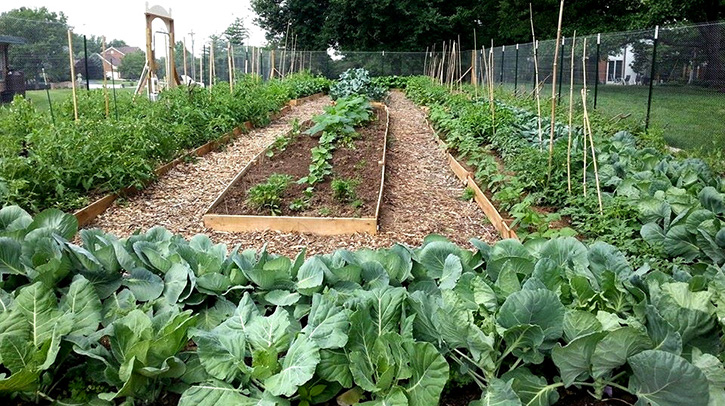 Personally, I was not a gardener before I became involved in this project, and I had no idea that I could develop such affection for a little plot of land that was once no more than a neglected patch of grass. Through gardening I became better at seeing, able to distinguish a baby Brussels sprout plant from a cabbage seedling. I learned to listen to the garden’s silence; in the hush of a summer’s day I began to pick out sounds of droning bees and chirping birds. My other senses were engaged as well. When I prayed in the garden, the lingering aroma of a ripe tomato combined with the pungency of our herb plants and marigolds. Before I left for the day I would sometimes help myself to a few sugar snap peas or the flowering stalks of bok choy, which could be eaten without preparation while the sun was still warming my skin and the earth steamed from a recent rain. 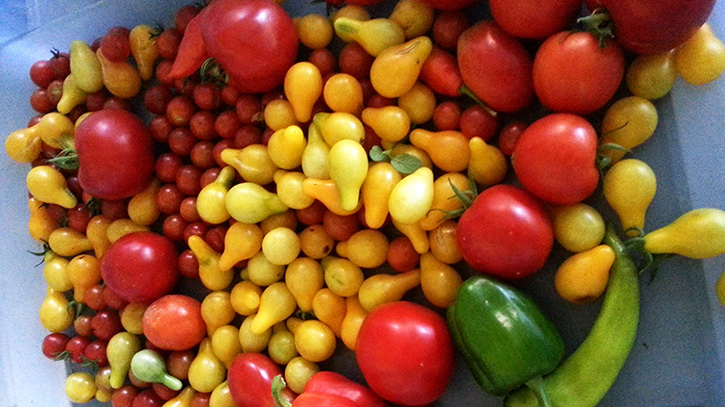 To put it simply: I began to care for the land, and in caring for it I grew to know it, and in knowing it I came to love it.

In spite of these great gifts, I sometimes find myself wishing I could go back to the ignorance I inhabited before I began gardening and educating myself about the challenges and even devastation facing the environment today. How did I come to love this world so much? Should I allow myself such tenderness toward something that is threatened, fragile, in failing health? The more I tend to our little garden, the more I know I have no choice. I am as helpless in the grip of this love as I was when I gazed into the faces of my newborn children. 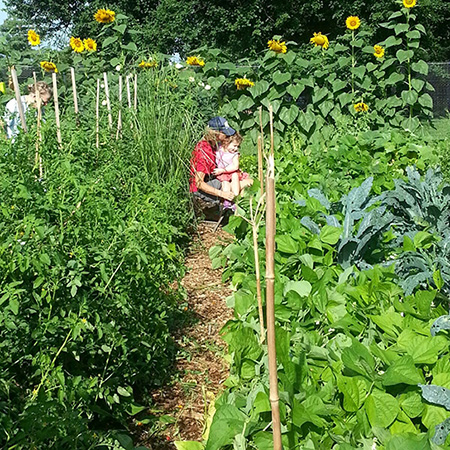 The motto of Episcopal Relief and Development is “healing a hurting world.” What I have learned from gardening is that we cannot heal that which we refuse to see. And often our willingness to look, to notice, to pay attention is the necessary first step to any other work that needs to be done.

When I kneel before the Cross this Good Friday, my mind will turn to the many ways the world is hurting right now. I pray that I will have the courage to look and not turn away.

The Rev. Pamela Dolan serves as rector of Church of the Good Shepherd in Town and Country, Missouri.