The Story of St. Nicholas 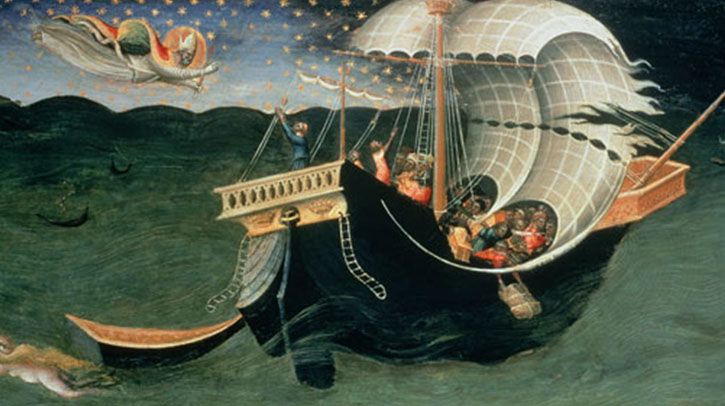 Once upon a time, there was a young boy. This boy was born into both profound wealth and deep faith. His parents raised him to love Jesus and to be good to others. He knew that all he had was a gift from God, and that he was to honor God in how he lived with these gifts and shared them with others.

While still young, a terrible epidemic struck. All around the boy, there was suffering and despair. In their attempts to help the sick in their community, both of the boy’s parents contracted the disease and died. For some reason, the boy did not get sick, and he inherited his parents’ wealth and station. 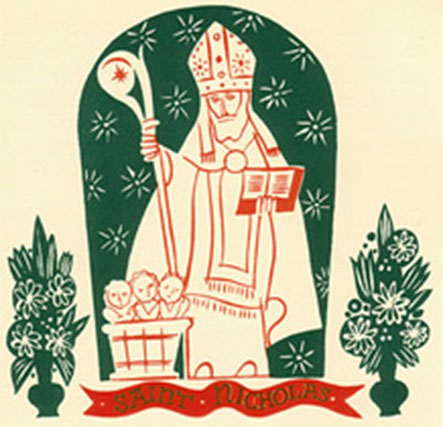 Even after losing his parents, the young man still had great faith and, under the guidance of his uncle who happened to be a bishop, diligently studied the teachings of Jesus. When reading the Gospels, he came across the story of another rich young man. The rich man asked Jesus what he must do to have eternal life. Jesus responded that he must love God and keep the commandments. “I have kept all these, what do I still lack?” asked the young man. Jesus said to him, “If you wish to be perfect, go, sell your possessions, and give the money to the poor, and you will have treasure in heaven; then come, follow me.” (Matthew 19:16-22)

The rich man in the Bible story walked away dejected, because he was very wealthy, but the orphaned son with his inherited wealth felt Jesus speaking directly to him, so he did as Jesus said and sold his belongings.

Now, the young man of our story was shrewd and didn’t simply give without thought. In fact, he put a great deal of thought into his philanthropy. He wanted to make sure that his gifts would have the greatest impact. Elsewhere in Matthew, he read that “Whenever you give alms, do not sound a trumpet before you, as the hypocrites do in the synagogues and in the streets, so that they may be praised by others. Truly I tell you, they have received their reward. But when you give alms, do not let your left hand know what your right hand is doing, so that your alms may be done in secret; and your Father who sees in secret will reward you.” (Matthew 6:2-4) 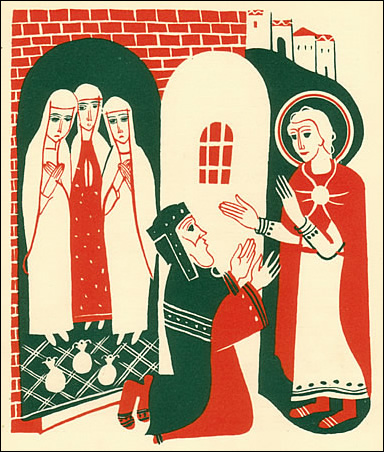 Our young man struck out, visiting towns and villages. Wherever he went, he would practice kindness and show mercy. One day, he met a poor man with three kind daughters. They took him in, and though they were poor, fed him his fill. The eldest daughter was in love with another young man in the village, but the object of her affection could not marry her because his father would not allow him to take a wife without a dowry. One morning, as the daughter was preparing to go into town, she discovered a sack of gold, enough for a dowry and then some, tucked in her shoe… and the house guest was gone.

Well, the good Christian young man took vows as a priest and continued to travel and do good deeds. He set out for the Holy Land with dreams to walk in the footsteps of Jesus. He went by sea and was soon the friend of all the sailing men. One day, a great storm blew upon the ship and the sailors were sure that they would all be killed. The good priest went to the bow of the ship and started to pray, and as soon the words left his lips, the storm passed and the sea grew calm. The sailors rejoiced and declared that they too would follow Jesus. These sailors, wherever they sailed, helped establish churches in the name of the sea-calming priest.

Stories of his good deeds and miraculous faith spread around the lands and everywhere the good priest went, he was welcomed and revered. One day, as he was praying in a monastery in the Holy Land, he heard the Holy Spirit’s call. It was time for him to return home, to Asia Minor, where upon his return he was made a bishop.

In his time, he was known as a miracle worker and the many types and stations of people he helped are legion. He truly sought Christ in all persons, and loved every neighbor. It was on this day, December 6, 343, that the good saint Nicholas died. 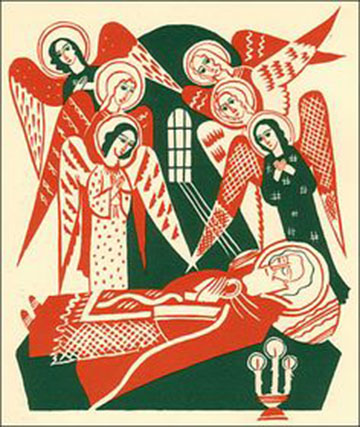 who chose your servant Nicholas
to be a bishop in the Church,
that he might give freely out of the treasures of your grace:
make us mindful of the needs of others
and, as we have received, so teach us also to give;
through Jesus Christ your Son our Lord,
who is alive and reigns with you,
in the unity of the Holy Spirit,
one God, now and for ever.

Watch a brief history of St. Nicholas’s life in the video below: 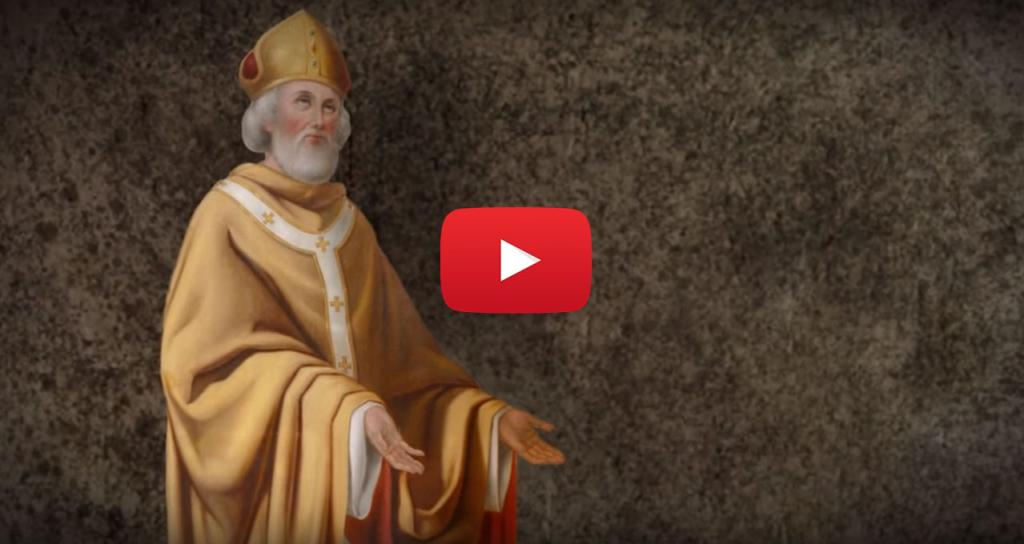 Here is a great resource to teach children about St. Nicholas. It has digital stories, activities and more! 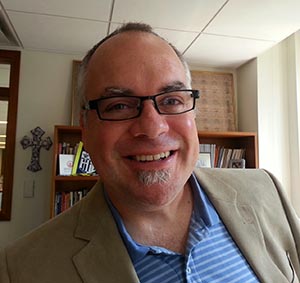 Sean McConnell is the Director of Engagement for Episcopal Relief & Development.