The Water and Sanitation Mystery 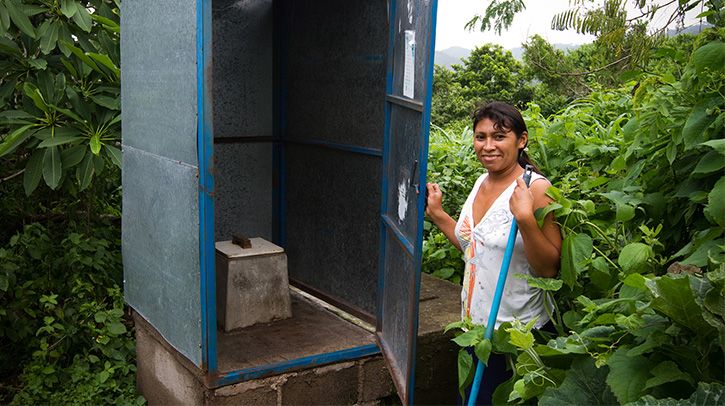 A trip report from one of my colleagues at Episcopal Relief & Development recently crossed my desk.  I find these reports extremely helpful in understanding the challenges my co-workers are facing as they visit our programs around the world.  Each of these reports is fascinating.

However, this one was exceptional: it contained a mystery.

The report in question recounts a visit to one of the countries in Africa where we are working with the local partner on water and sanitation programs.  My colleague faithfully tells of his visits to numerous communities—the numbers of latrines built, cisterns installed, and workshops conducted.

He interrogates partners and participants about how the program is going.  He takes note of changes in behavior with respect to latrine usage and hand washing.  There are detailed reflections on what he is seeing and learning.

Part of the way through his trip, he arrives in one community and observes, “even though the community of about 60+ households looked clean, there were conspicuously few household latrines.”

He immediately comes to the conclusion that not even one household latrine has been built.

What has gone wrong? 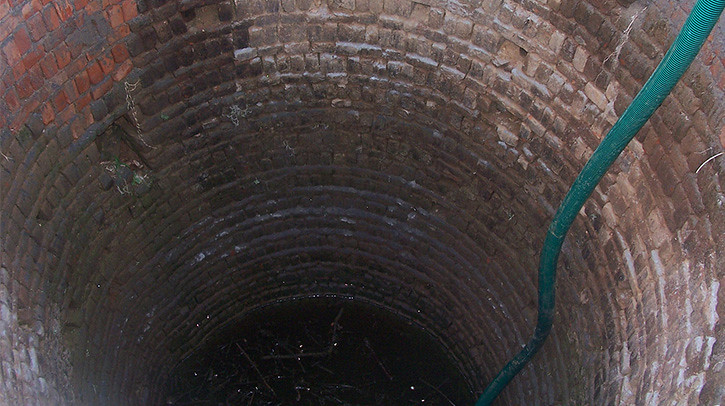 He is relieved to see that the public latrine with a hand washing station had been completed.  Oddly, however, it is not in use.

He inspects it carefully.  It is well constructed, with private stalls for men and women.  The roof is in place.  There is a handwashing station adjacent to it.  The concrete slab on top of the cistern is properly fitted to protect the water from contamination.

He comments tartly that all the other public latrines in other communities are in use and that “it serves no purpose standing idle.”

Why is it not in use?

Next he walks to the water source for the community, which is in a valley below the community.  Getting to the spring is not easy.  One needs to walk about 500 meters down a very steep slope.

At the bottom of the slope, he observes a gushing stream that appears very clear and clean.  He quickly comes to the conclusion that the water capture from the spring has not been successful.  Water should not be gushing out of the ground like this.  It should be flowing into a cistern.

As he arrives at the spring, it appears as if everything is in order.  The cistern is in place to collect the water from the spring.  It is properly fitted with pipes and taps. However, the cistern is mysteriously empty.

By now I can sense my colleague’s alarm. The household latrines have not been built.  The public latrine is not in use.  The clean water supply system isn’t functioning properly.

He decides to get to the bottom of the mystery.

SOLVE THE MYSTERY IN PART II

[This blog was originally published on robradtke.com as a two-part series.] 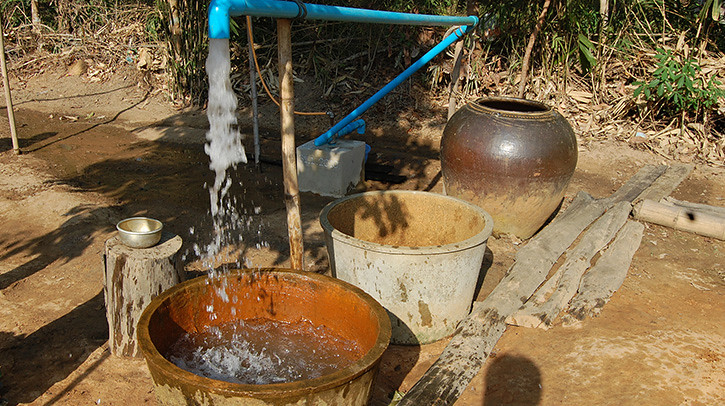 In Part I of The Water and Sanitation Mystery my colleague discovered that, to his alarm, the project had not gone as planned. Household latrines had not been built and the one public latrine that had been built was not in use.  Most concerning, however, the community was not capturing and protecting its clean water supply.

Trying to get to the bottom of the mystery, my colleague convened a meeting of the community Water and Sanitation Committee, whose responsibility it is to manage the project.

To them the explanation is obvious.

The community Water and Sanitation Committee tells my colleague that after constructing the cistern, the spring “changed points and started gushing out from another area.”

Indeed, he observes that the cistern is placed at one location, but the water is coming out of the ground in a different location.

How did this happen?

Well, the Committee explains, the traditional community leader, whose responsibility it is to provide local guidance and leadership in addressing community matters was not on site when the contractor came to start work.

Unfortunately, in his absence, the Committee had forgotten to perform the necessary rituals to the stream deity before starting the construction.  As a result, the Committee reports, “the stream decided to change course and avoid being trapped in the concrete barrel.” 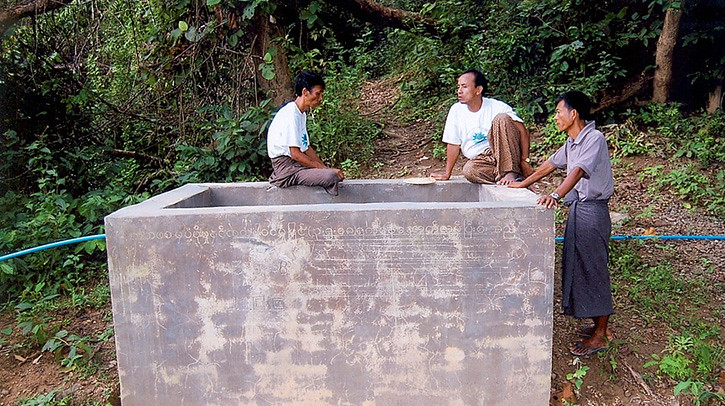 However, the Committee assures my colleague that things are well in hand.  One of the two necessary ceremonies has already been performed and the next one is scheduled to take place the following week.

My colleague consults with the contractor, who is also present, to determine whether the cistern design can be altered to accommodate the needs of the stream deity and whether, for good measure, there is a hydrological engineer available to advise on the situation.

The contractor assures my colleague that yes, the stream deity can be accommodated and that he is a hydrological engineer as well.

The contractor suggests that it would probably be better to drill a well over the spring (assuming it decides to stay in place, having been appeased) so that the community members can fetch water with a bucket and rope as they would from a normal well.

“The first thing, however, is to appease the deity,” the contractor points out.

With that, my colleague thanks the community leadership and leaves to head to the next community.

To me this mystery gives new meaning to being a faith-based relief and development organization.  Episcopal Relief & Development understands that for programs to be successful there has to be local participation and leadership.  And that may sometimes require appeasing the local water deity.

[This blog was originally published on robradtke.com as a two-part series.]