Home | Stories | Under the Mango Tree: A Savings Group is Born

Under the Mango Tree: A Savings Group is Born

Twenty-five men and women from the farming community of Kuladaboog in Northern Ghana were meeting for the second time under the shade of a huge mango tree in the middle of the village. They had already agreed to establish a savings group named, “Asongtaaba,” which means “we help each other.” At this mid-December meeting, members would elect officers and codify some rules.

Tiny Kuladaboog sits about 35 kilometers from Zebilla, the district capital in the Upper East region of Ghana, far from any town or city. If people need a loan, they are often forced to borrow at high-interest rates from a wealthy neighbor.

The men and women had heard about savings groups from neighboring communities. They invited the Anglican Diocesan Disaster and Relief Organization (ADDRO), the relief and development arm of the Diocese of Tamale in northern Ghana and a program partner of Episcopal Relief & Development, to lead information sessions.

Individuals come together as a community to establish and run their own small independent savings and loan groups. Members determine their own savings amount and interest rates on loans, and they discover economic power that they have never had before.

Beatrice said the group is important to her because, “What little we have will be safe, because it is held in a secure lockbox.”

Another said, “It would cost more to travel to a bank than what I have to save.” 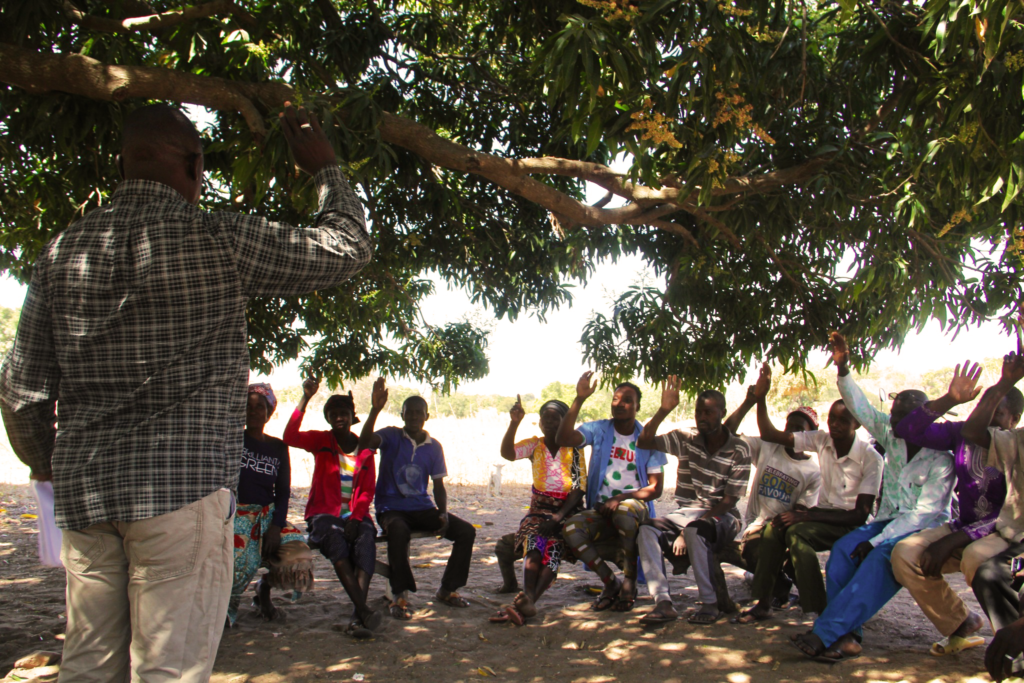 The election of officers was the first order of the new group’s business. Daniel Abugrago of ADDRO and his colleague Austin Samson Ayariga were there to advise. Daniel read from the “Savings with Education” manual about the skills and qualities that are needed in a group’s officers.

Members then made nominations for each office and candidates offered brief comments about their qualifications for the job.

One woman said she would be a great officer because she lived only a few steps from the meeting place and could therefore always attend meetings, even if she were sick.

Here is what the group learned about the duties and qualifications of the treasurer:

It was time to vote. Since many members of this new group of savers cannot read or write, no papers or pencils were handed out for voting. Daniel explained the rules of the election. Many had never participated in an election before. There would be two candidates for each office. 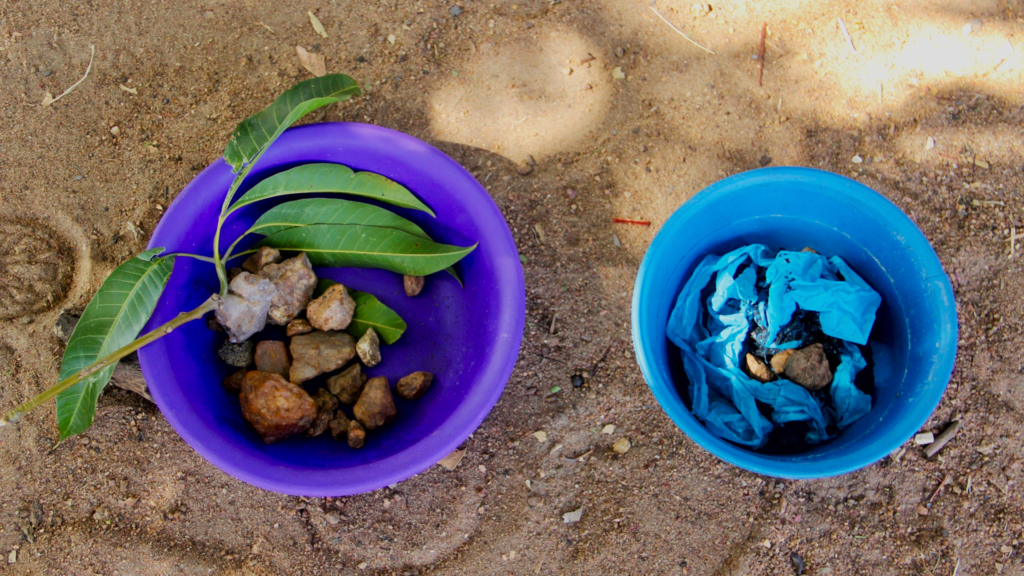 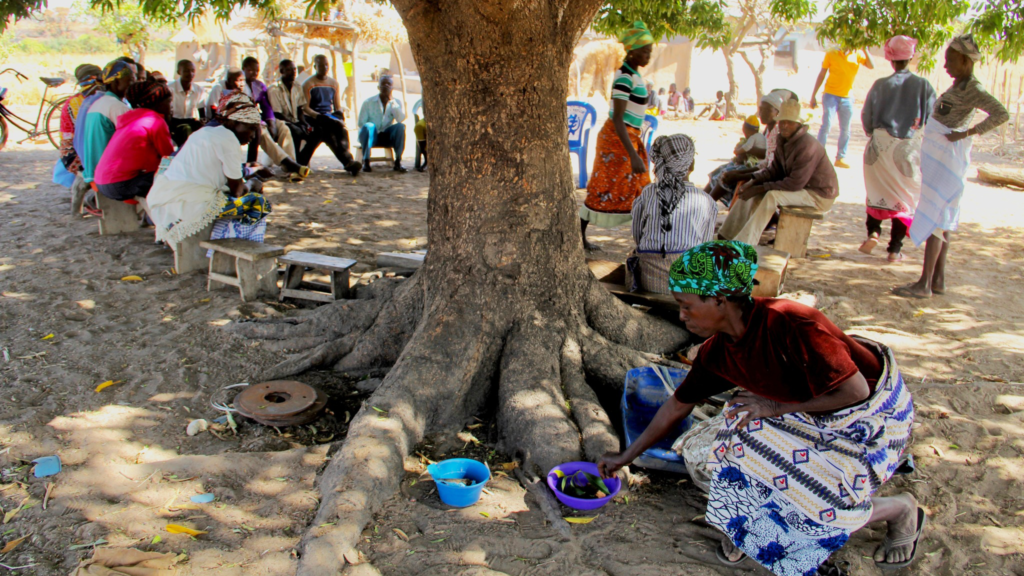 One by one, members of the group dropped their small stone into the bowl that corresponded to their candidate. When all had voted, the bowls were brought out into the middle of the group’s circle and held up for everyone to see. Daniel emptied the stones from each bowl into his hand, then deposited them back into the bowl, one by one, as the crowd counted the votes.

I asked Daniel if these elections ever created unhealthy competition or bad will. “I’ve never seen that,” he said. “They are just happy to be a part of a group like this and it really doesn’t matter who gets elected.”

The new officers seemed pleased and proud. The president said he was excited because “This group can help with things like education expenses and other development issues. People with no credit can borrow money for school fees or home repairs.”

The next decision: how much to save each week. Several people raised their hands to speak. The first man said they should save ten Ghanaian Cedis. A few others nodded their approval. But there was a buzz of dissent in the group. “Five Cedis,” someone offered. Since the group, by rule, could only save as much as everyone could afford, they agreed to save five cedis a week, or about US 88 cents.

They agreed to meet each Friday under the mango tree. The meeting lasted an hour and a half. There were smiles and congratulations, a little singing and clapping, and a sense that they had accomplished something important. The group was off and running. 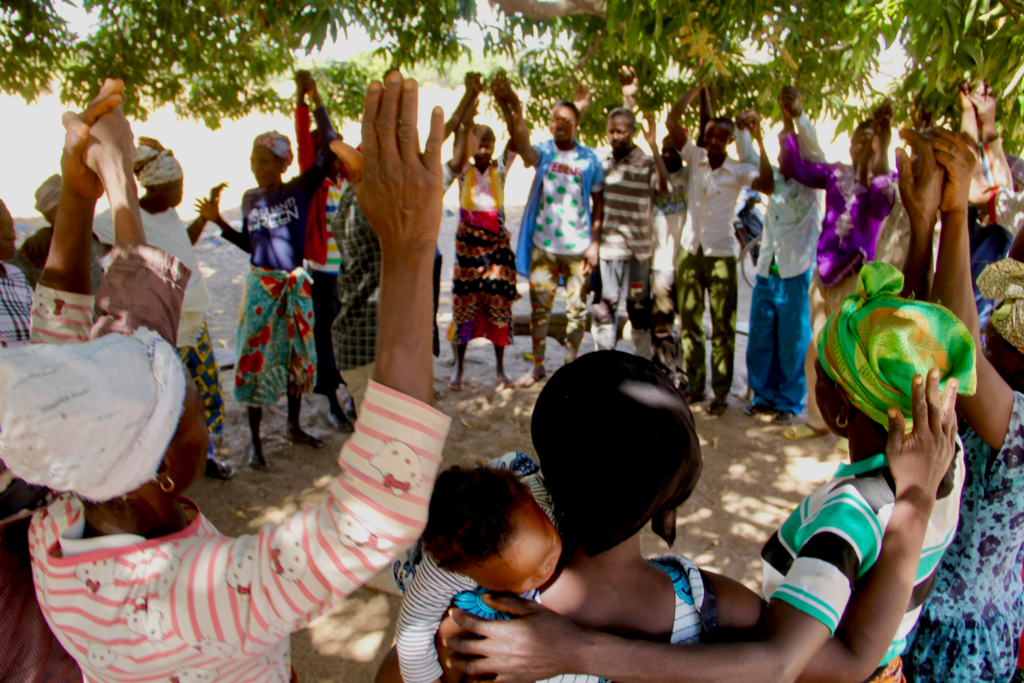 Daniel has helped start many savings groups like this one in Kuladaboog. Usually, he supervises them for about two years. After that, members are able to manage the group on their own and can ask for assistance if they need it.

“I enjoy helping,” he said, “and I am proud of ADDRO. This was not a difficult group to train. They come to every meeting, and what I’m giving, they appreciate.”

*Please note that the names of the participants in this story have been changed.

Image 1: This massive Mango tree provides ample shade to the 25 members of the newest savings group in Ghana; Image 2: Members vote on how much money they can commit to saving every week; Image 3:Ballot boxes: Mango sprig candidate on the left; Blue plastic bag candidate on the right; Image 4: Member places her vote in the appropriate bowl, hidden from view behind the tree trunk; Image 5: The group celebrates the election of officers and adoption of rules as they look forward to weekly meetings.