Episcopal Relief & Development Board Member Chiseche Salome Mibenge recently represented Episcopal Relief & Development at the Women Deliver 2019 Conference in Vancouver. She participated in a panel to discuss “Religion and Development for Gender Justice.” Mibenge is a distinguished human rights educator who serves as a Director of Community Engaged Learning in Human Rights at Stanford University’s Haas Center for Public Service. Among other accomplishments, she has conducted fieldwork in Rwanda and Sierra Leone and has been published widely on armed conflict, transitional justice and gender-based violence. We were excited to have her represent our organization and bring back valuable perspectives and forward-thinking ideas to help further evolve our programs.

Prime Minister Justin Trudeau opened his welcome address by acknowledging the release of The Final Report of the National Inquiry into Missing and Murdered Indigenous Women and Girls and its findings to the effect that Canada’s treatment of missing and murdered women and girls is equivalent to genocide. Shortly thereafter, President Uhuru Kenyatta stated that government’s responsibilities for realizing the right to education includes meeting students’ menstrual hygiene needs. He added that his government would eliminate the harmful practice of female genital mutilation (FGM). In my twenty year career as a human rights educator, I have never heard a Head of State acknowledge an ongoing genocide of indigenous peoples, or identify menstruation and FGM as urgent human rights issues. My experience at the opening plenary had exceeded my expectations for a high level gathering on gender equality. Satisfied, I was ready to catch an early flight home!

Fortunately, FOMO (fear of missing out) kept me in Vancouver. This was after all, Women Deliver (WD 2019). A conference focused on women that took place from June 3 – 6, 2019. With 8000+ attendees, it promised to be the world’s largest conference on the health, rights and well-being of girls and women. Plus I had my own work to do. Later the same day I represented Episcopal Relief & Development on a panel titled  Religion and Development for Gender Justice. 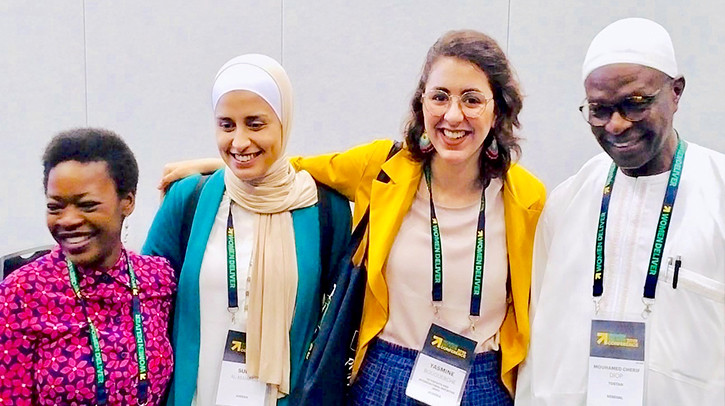 These and other questions demanded serious and concrete responses, and I was grateful for the presence of Imam Diop and Reverend Ogola, who brought poignant examples of their connection as well as stories of alienation from their faith communities over contested interpretations of Scripture to address issues such as abortion rights, pregnancy spacing and ‘disciplining’ of wives.

For my part, I was excited to bring Episcopal Relief & Development’s collaboration with the Episcopal Church of Liberia Relief and Development (ECL-RD) into the forum. In addition to  touting our impressive successes at transforming attitudes and behaviors about violence against women, I also shared some critical reflections on the limitations of working within the parameters of faith-based institutions. I invited the audience to consider how faith-based organizations (FBOs) can expand interventions beyond matrimonial homes and other Church-sanctioned relationships in order to respond to unique vulnerabilities and specific forms of violence experienced for example, by widows, married children, sex workers and girls and women with disabilities. 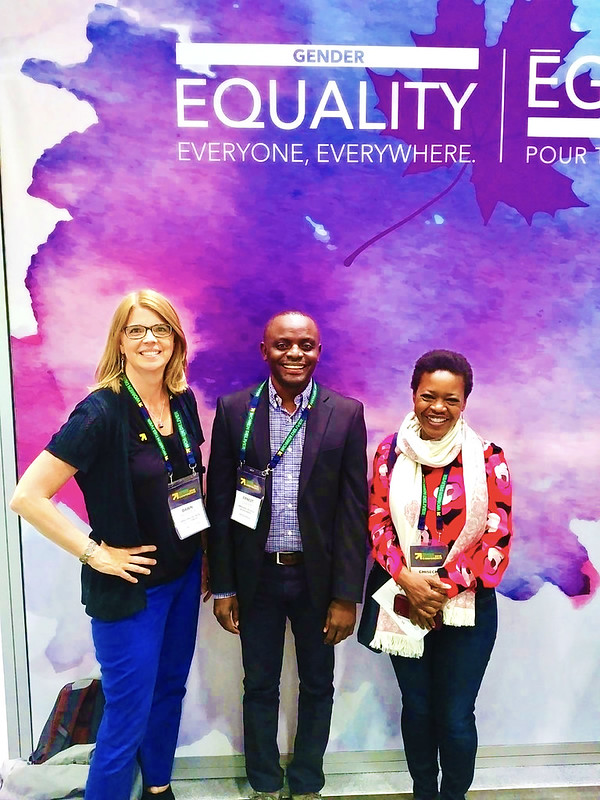 The conference room was filled to capacity, affirming that the interest in faith-based interventions is high. Yet, despite the panel (and a few additional fora for conversation including a session on Transforming the Lives of Girls and Women Through Water, Sanitation, Hygiene and Faith), I thirsted for more opportunities to engage faith-based approaches to gender justice. The Women Deliver Conference only sharpened my interest for a dedicated interfaith symposium addressing experiences with preventing and responding to gender-based violence.

I hope such a future symposium can also fully integrate youth. Women Deliver 2019 brought together 1400+ youth advocates whose  vibrancy and innovation was a vital reminder of the value an intergenerational exchange of knowledge and youth-driven responses can have on ending inequality. Early evaluations of Episcopal Relief & Development’s own gender-based violence work in Liberia suggest that the incidence of violence experienced by female youth has increased in spite of the participation of youth faith leaders in the campaign. This is one of our next frontiers as well to address. And WD 2019 exposed me to African youth advocates and new youth-centered strategies that could influence a new phase of the program.

I was impressed with the messages at the opening of the conference, I was even more energized following the panel discussions and talking with my peers – there is so much more to be done and many more opportunities to advance equality for women. 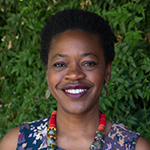 Dr. Chiseche Salome Mibenge is a Director of Community Engaged Learning in Human Rights at Stanford University’s Haas Center for Public Service and member of the board of directors of Episcopal Relief & Development.