Home | Stories & Info | What Does the Face of Integrated Development Look Like? – Part 2

What Does the Face of Integrated Development Look Like? – Part 2 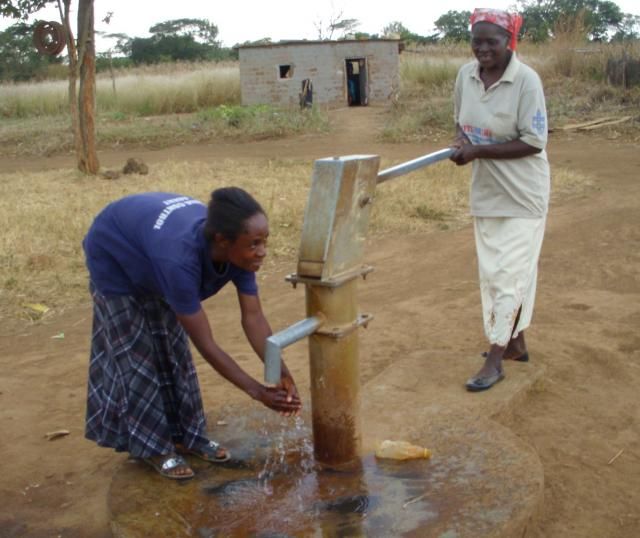 So what exactly makes the Zambia development program “integrated”?

All of the community agents are also participants in the agricultural program.  As part of an incentive for their volunteer work in their community, the diocese has provided the women with seeds and training in order to generate a food supply for their families and community, as well as an income as they sell excess produce.

One of the agents, Justina, donated some of her land to the group in order to start producing crops.  They grow maize, soya beans, green beans and groundnuts (peanuts).  The group also received help from the Zambia Anglican Council (ZAC) to apply for certification with the government so that now they can access government inputs, such as more seeds.  With this assistance, they will then help other women form groups and pass on some of the resources they receive.

Along with improved access to food in their households, the women report that they are enjoying increased respect within the community and at home. Others used to look down on these women, as they had no income and were forced to beg for money to feed their families.  Now they no longer depend on others, and are considered leaders in the community, with skills and knowledge to pass on.  Within their households, now that they have their own income from selling produce, they have gained the respect of their husbands.  They are now included in decision-making on household expenditures. They have a voice.

This program is one of many in Zambia that work to approach community development holistically — in this case, touching on water and sanitation, malaria prevention, hunger alleviation and gender equality.  In order to really be effective in reducing poverty in a community, it is vital that solutions begin with the residents themselves and are integrated to fully address their needs and their vision of a better future.

Photo: Community agents demonstrate a water pump that was installed as part of the water and sanitation component of the ZAC program.