Resilient Communities Grow to Help Others

On November 8, 2013, the strongest tropical cyclone ever recorded hit the central islands of the Philippines. The islands of Leyte and Samar were hit the hardest, with more than 6,000 dead and 1,000 missing. Southern cities like Tacloban and Surigao were devastated, with infrastructure damaged so severely that rescue and recovery seemed next to impossible. 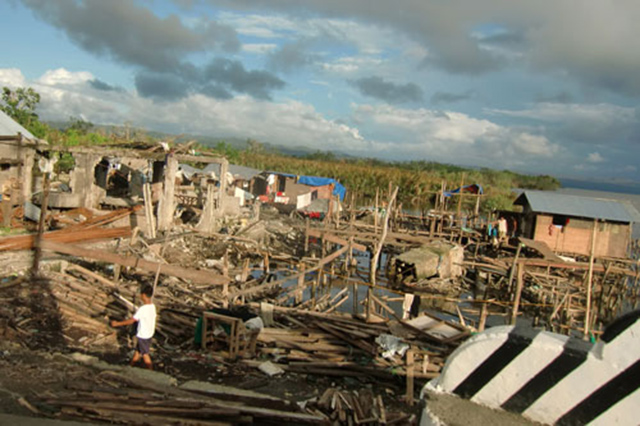 After military responders opened a path into the impacted area, Church staff arrived to see what infrastructure remained and how its buildings, people and resources could be mobilized to help. Episcopal Relief & Development’s partner E-CARE (Episcopal Community Action for Renewal and Empowerment), the development organization of the Episcopal Church in the Philippines, worked with the National Council of Churches to quickly establish food distribution centers at churches in the most devastated areas.

But one thing was different about this response. Rather than preservative-heavy canned and processed foods, the distribution centers handed out healthy, organic biscuits and noodles, along with a high-energy powdered nutritional supplement that could be used to feed infants as well as kids and adults.

How did they do this? Where did these supplies come from?

Believe it or not, the answer begins at the highest levels of government – but perhaps not in the way you’d think! 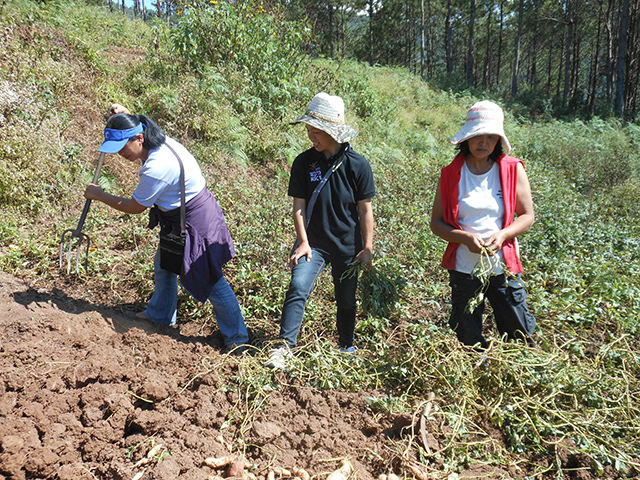 Back in 2008, something called the ASEAN Economic Community Blueprint was established. It was an agreement creating a free-trade zone among the Association of Southeast Asian Nations and China by 2015. Before the ink was dry on the agreement, the Episcopal Church in the Philippines started preparing for the impact the agreement would have on the large number of small farm operations throughout the Philippines.

The larger producers would be able to compete just fine, but in a country where 31% of workers (nearly 12 million people) are employed in agriculture, and where the average farm size is around two hectares (about three city blocks here in NYC), it is safe to say that most Filipino farms are small farms. In 2015, when the tariffs drop to zero and the market becomes flooded by inexpensive fruits and vegetables from China and other ASEAN countries, the outstanding question was: how would small farmers compete? 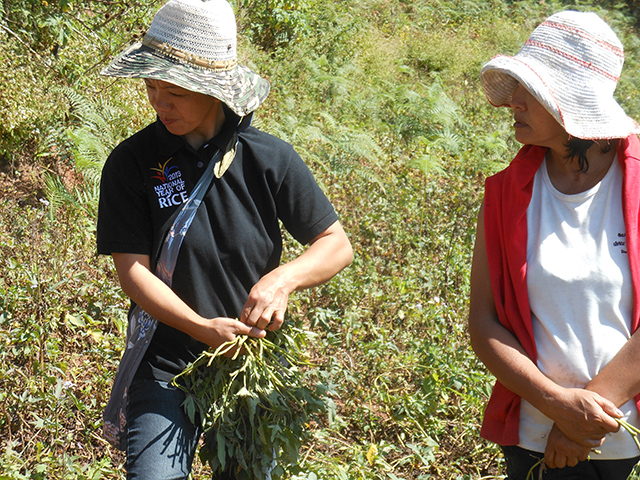 According to Floyd Lalwet, the Church’s Provincial Secretary and National Development Officer, who I was fortunate to meet on my trip this past February, the key was identifying a differential advantage that many farms already possessed!

“The only hope for us is to grow organic, and purchase and make our own fertilizers,” he said. “Then we can lower the price and compete with the Chinese.”

Having solidified their work around an asset-based approach over the past few years, the development professionals in the Episcopal Church in the Philippines knew just what to do when they found their citizens facing a change in the agro-economic playing field. To begin, they launched an asset inventory to see what resources, expertise, markets, demands and opportunities already existed in the landscape. 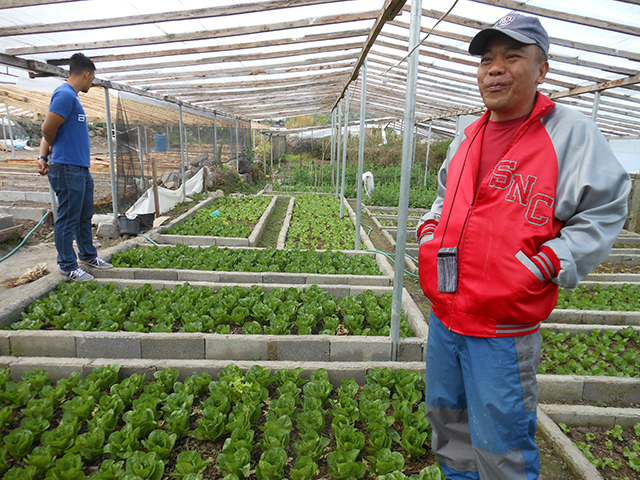 They came to Northern Luzon, which is rich with fertile, arable land and is the pride of the Philippines. They knew that Filipinos seek out fruits and vegetables from this region, and that they take pride in knowing where their foods come from. The local foods movement that has only become fashionable in the United States in recent years has been a mainstay in the Philippines for generations. But would this “Pinoy produce pride” be enough to keep people buying local when faced with inexpensive, high-volume competitors?

Investigating further, E-CARE clued into an emerging trend in the Filipino market: organic certification. It is not that Filipino farmers were new to organic farming; indeed, many had been growing crops utilizing homemade organic inputs passed down through generations, like using coconut oil as an effective pesticide and banana vinegar to kill weeds. What was new was certification of organically grown produce and a growing market for chemical-free foods. In Manila, many shoppers were interested in purchasing organic fruits and vegetables, and the E-CARE folks saw an opportunity to not only level the ASEAN 2015 playing field, but to create a market that would honor locally-grown, organic produce. 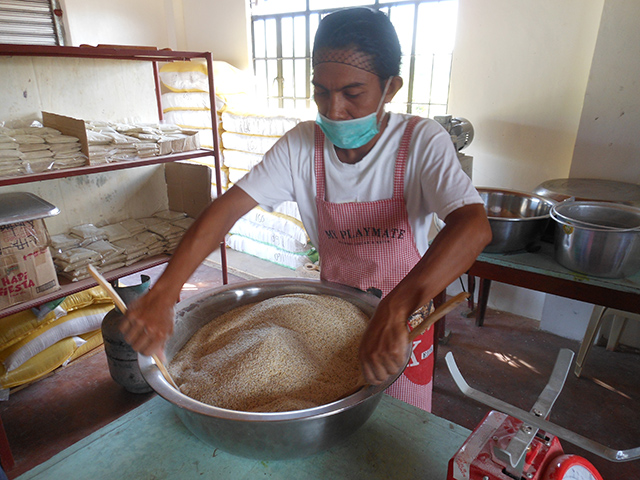 Soon, E-CARE workers started visiting the farms of northern Luzon, talking to farmers about what it would take to achieve organic certification. The Tadian Learning Center and Demonstration Farm was established to support this social enterprise. At the same time, E-CARE was in conversation with markets and consumers, gauging the sales potential for the new organic products. One partnership was with a new Community Supported Agriculture marketer who would deliver boxes of fresh produce to consumers; still more partnerships grew with Sunday afternoon farmers markets at churches and the cathedral in Manila.

Next, E-CARE started to consider whether they could expand their product line. Fruits and vegetables were good, but they needed products that had a longer shelf life. Soon, their community workers began training farmers and their families to process their produce into noodles, chips and biscuits (more like a cookie than a dinner roll). These products could last a bit longer and could handle the trip between the north and more southern parts of Luzon and the other islands.

In 2013, this market expansion was working, thanks to steadfast E-CARE training and follow-up, with funding and technical support from Episcopal Relief & Development. Farmers were adjusting their agricultural practices to fill all the requirements for organic certification, with great success. Families were processing noodles and other foods, and E-CARE was trucking the fresh and processed foods to market. Livelihoods were growing, enabling communities to invest in buildings and other infrastructure projects, and providing a source of household income. But they were also building something invisible, something that wouldn’t come to light until a national emergency called for all hands to help. In fact, they were building their own capacity to assist neighbors in a time of need, and transforming themselves from receivers to givers. 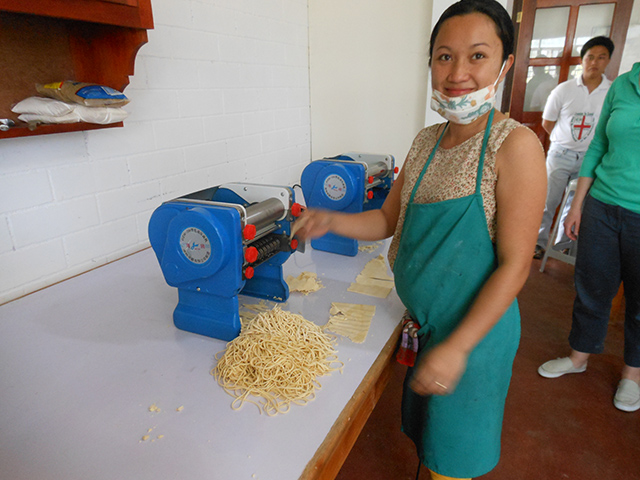 When the typhoon hit, E-CARE and Episcopal Relief & Development helped the farmers in Luzon to increase their production of healthy, shelf-stable food supplies for the central part of the country. E-CARE transported the goods to distribution centers, and shared the story with the local organizers of where the supplies had come from. This sparked a meaningful conversation between the northern and southern communities: first, those receiving the goods were surprised and pleased to know that the supplies were coming from people in their own country, rather than typical food aid brought in from overseas; and second, they saw a strong model for how to rebuild and strengthen their communities through organic farming.

In the days following Yolanda’s impact, the Church considered how best to help in the face of overwhelming need. There was strong demand for immediate grants to rebuild homes, but they knew that a locally led, asset-based approach would produce more sustainable results. Floyd’s colleagues wrote in a report that, “…[initially] it seemed insensitive and inappropriate to talk about ABCD and the ‘receivers to givers’ scheme with communities whose livelihoods have been almost completely wiped out… [but] after serious thinking on the matter a decision was made to pursue the rehabilitation and development work only under the new approach.” 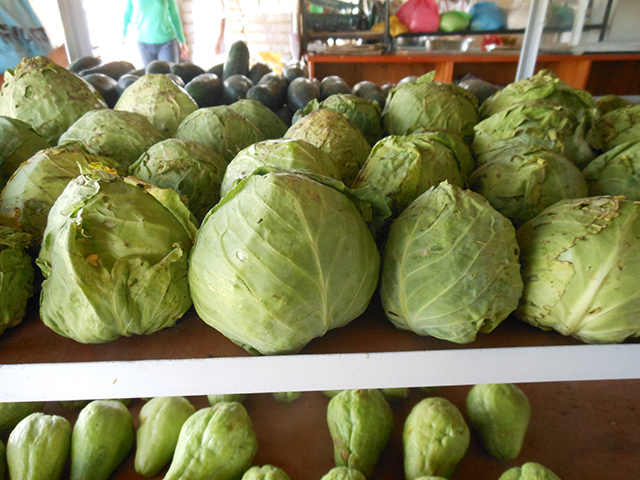 As a result, they initiated the New or Alternative Livelihoods Program, a program that had been piloted and implemented in the North. Soon, women groups in Sabang Boa were receiving help to upscale their production of tablea (a chocolate paste) where cocoa beans are dried, roasted and ground up, then formed into pieces to be used for hot chocolate or desserts in local markets and restaurants. In Naungan, former fish cage operators identified how they can pivot their livelihoods in the fish industry while an artificial reef is being built and they can re-start their former businesses. In Cabuloran the community is looking to grow and process lemongrass for multiple uses in the market.

Now, one year later, the rebuilding continues and the groundwork is in place to move communities out of recovery into sustainable livelihoods. When the farmers in the North heard about the response to their products, they felt proud that they were able to help in a way that not only provided critical supplies, but also sent encouragement to their brothers and sisters in need. These feelings of pride, confidence, support and solidarity that helped make the agricultural programs in the North so successful will help the Yolanda-impacted communities build back so that they can thrive and care for others in the future. 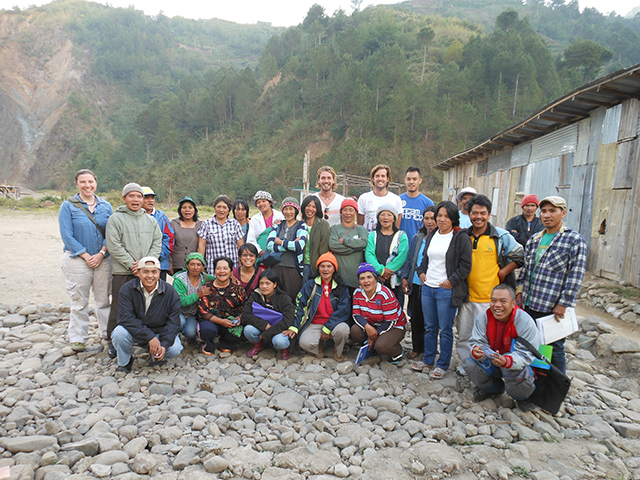 Meanwhile, the need for nutritious foods with a suitable shelf life, which greatly expanded in response to the typhoon, has not abated. In 2015, the ASEAN free trade agreement will be put into full effect, and a growing number of Filipino farmers will continue to make a living doing what they have done for generations: growing healthy and delicious rice, carrots, sweet potatoes, radishes, maize, coconuts, sugarcane, lettuce, beans, bananas and livestock. Preparing for one big expected event made communities in the Philippines better prepared for one big unexpected event, and the response to both is making communities stronger all the way from Luzon to Tacloban.

Sean McConnell is Director of Engagement for Episcopal Relief & Development.