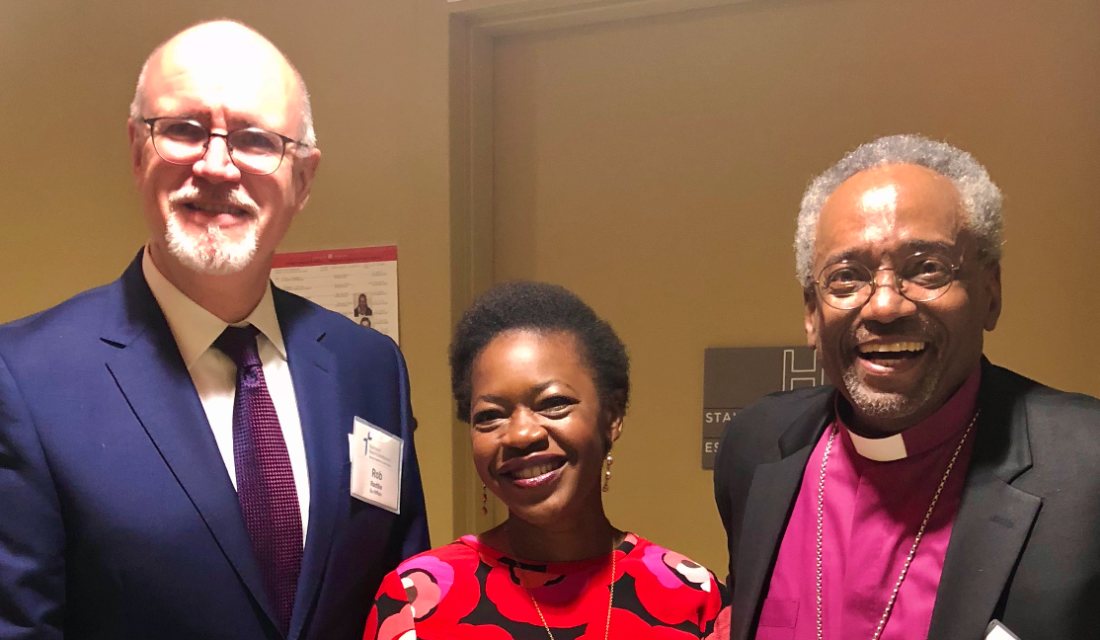 Dr. Chiseche Mibenge joined Episcopal Relief & Development in Fall 2019. She reflects on her new role and how a chance meeting with a bishop drew her away from a twenty-year career in academia to a staff role within the organization.

Chiseche Mibenge: I serve as the Director, Gender Initiatives. This role is an exciting career change for me. For twenty years, I worked in academia, as a human rights researcher, Professor of Political Science and an Administrator at Utrecht University, CUNY and Stanford, respectively.

In 2015, I had a meeting with the Bishop of the Diocese of El Camino Real, the Rt. Rev Mary Gray-Reeves at my church, All Saints Church of Palo Alto. In our brief exchange, I mentioned how I felt called to serve beyond academia, closer to frontline human rights work. The next time I encountered Bishop Mary, I was attending my first Episcopal Relief & Development board meeting. She had nominated me to join her on the Board!

Chiseche Mibenge: My experience on the board took me across the United States: meeting courageous volunteers at Episcopal Relief & Development’s Ministry Partner events in Texas and California; dancing to bomba drums with Afro-Puerto Rican communities whose experience of Hurricane Irma and Maria was worsened by long-standing social and economic neglect; and being guided through (post-Hurricane Harvey) Little Cambodia in the unincorporated community Rosharon, in Brazoria County, Texas. As a board member, I witnessed our commitment to ‘reach the furthest behind first’. I learned firsthand about the meaning of sharing abundance and the veracity of the belief that ‘working together for lasting change’ works. 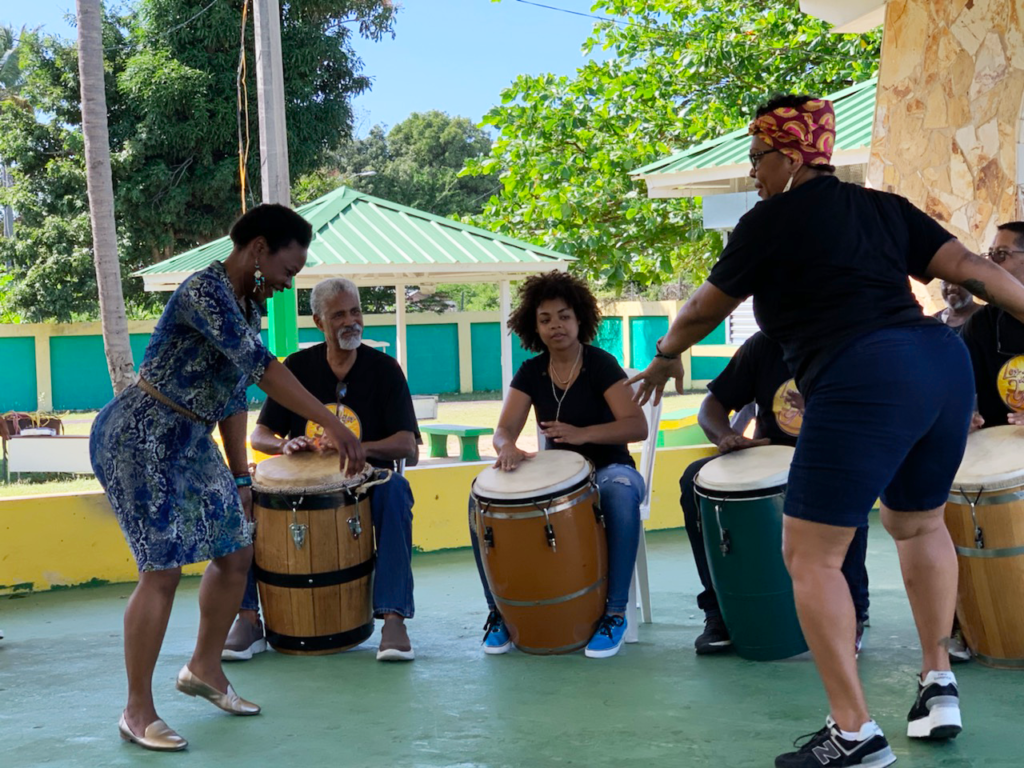 Episcopal Relief & Development: In your two decades of working in the Human Rights sector, what has shifted in your work?

Chiseche Mibenge: I wrote my PhD dissertation with Utrecht University’s School of Law on the subject of justice for women survivors of wartime sexual violence in armed conflict. As a young scholar, I interned and clerked at international tribunals prosecuting war crimes committed in Rwanda, Sierra Leone and the former Yugoslavia. I was part of a global movement, led by feminist jurists, to remedy gender-based violence with law reform and criminal justice processes.

The conversations I am engaged in today with thought partners at organizations, like the UN Women and Islamic Relief Worldwide, call for legal but also more integrated and holistic approaches to gender justice.

Episcopal Relief & Development: Tell us more about your work with partners and program leaders.

Chiseche Mibenge: I support and accompany partners and program leaders in their work to restore health, dignity and livelihoods to women and girls.

In the Anglican Diocese of Aru in the Democratic Republic of Congo, for example, our partner’s program aims to prevent violence against women by equipping faith and community leaders to educate their communities and reduce the devastating effects of violence on individuals and their communities. The program also supports survivors by providing immediate medical care, including psychological support and follow-up care. Faith leaders and program staff also accompany survivors through a complex criminal justice process before a provincial court.

Increasingly, our partner programs’ center survivor perspectives and priorities. At Episcopal Relief & Development, we have begun to develop training materials for faith leaders in El Salvador and Liberia, addressing themes such as trauma and resilience in response to direct feedback from our program beneficiaries. In Burundi, we support the Anglican Mother’s Union, a women’s faith guild, as they claim a leadership role in transforming harmful cultures and beliefs that subordinate women. Their movement known as Speak One Voice recognizes women as faith leaders and as change agents.

Episcopal Relief & Development: How are you creating ‘lasting change’?

Chiseche Mibenge: I am excited when a program partner’s commitment to women’s empowerment and restoring gender equity leads to lasting relationships and outcomes that we could not have imagined.

In Liberia, our partnership with the humanitarian arm of the Episcopal Church of Liberia is an interfaith program as Imams and Christian clergy reflect together on their interpretation of scripture and their influence on eradicating or encouraging violence against women and girls. Islamic Relief-USA is a funding partner and their support has helped us to expand the program in critical ways and enhance platforms for Christian and Muslim leaders’ advocacy. This interfaith program encourages a neighborly spirit and social unity within the community, as shown when an Imam invites an Episcopal priest to address Muslim congregants on the subject of gender justice.

Episcopal Relief & Development’s work with women focuses on helping communities promote the rights of women and girls and move toward the vision that everyone deserves a life free from violence in a society where they are treated with dignity and respect. 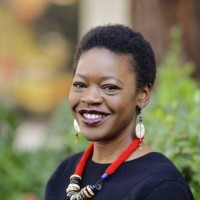 Chiseche Mibenge is the Director of Gender Initiatives at Episcopal Relief & Development.